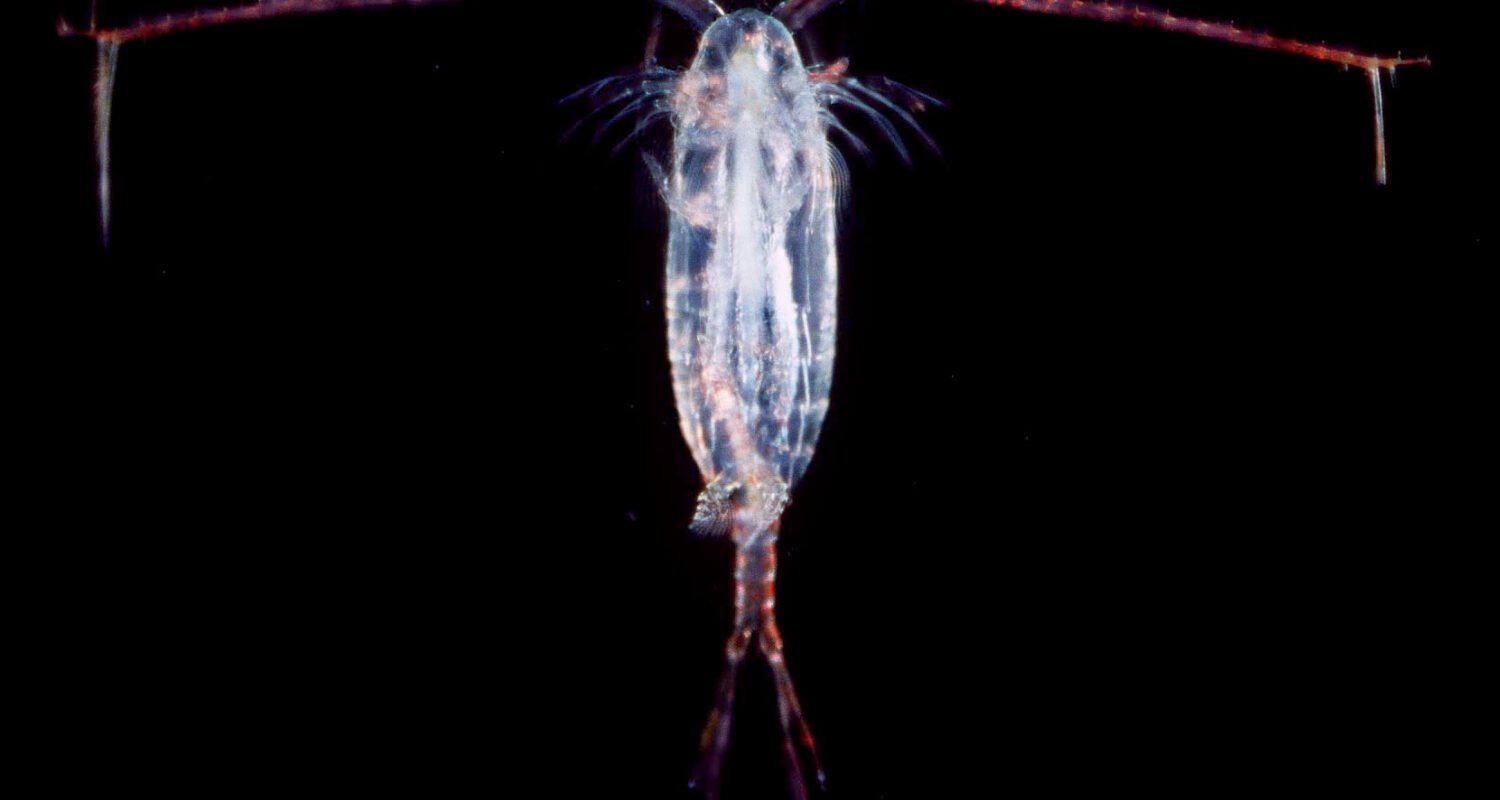 Copepods are a group of small crustaceans, inhabiting marine, freshwater, and even some habitats on land. While they may be small, copepods are some of the most abundant animals on the planet. Marine copepods eat small, single-celled algae (phytoplankton), and are eaten themselves by small fish, other crustaceans, and even whales. Copepods also play a crucial role in sending life-sustaining carbon to the deep ocean; copepod fecal pellets and carcasses, containing carbon, make their way down from shallow to deeper waters. This process, a part of the “biological pump,” not only helps feed deep-sea organisms, but also traps carbon from the atmosphere deep in the ocean. This is a way of removing greenhouse gases from the atmosphere. Clearly, copepods play a very important role. However, as climate change continues to wreak havoc on the planet, these crustaceans may be affected by warming temperatures.

Like all organisms, including humans, copepods can only survive at a set range of temperatures. This range, or thermal limit, can limit where copepods live, and has an influence on how they are affected by climate change. Lethal thermal limit, or the temperature at which organisms start to die, is called thermal tolerance. Organisms can evolve higher or lower thermal limits, but this process takes place over long time scales, so one individual copepod can’t suddenly evolve and survive at really high temperatures. However, within a generation, copepods can acclimate, or adjust some aspect of their physiology, to compensate for some smaller changes in temperature. A copepod, for example, may acclimate to warmer summer conditions. The relationship between acclimation and longer-term thermal tolerance is complex, but because copepods are so important to ecosystems it’s important to understand how they are affected by temperature, and how they’ll be impacted by a warming climate.

Most of the data the researchers found were looking at the same types of copepods– specifically, copepods from the Northern Hemisphere that live in coastal waters. There were few thermal tolerance values reported for copepods from freshwater or underground habitats, and almost none for copepods from tropical regions. While the data didn’t cover a wide range of habitats or locations, the majority of these studies found that as the temperature increases, logically, thermal tolerance also increases. If a copepod has evolved to live somewhere where it gets really hot, it will be able to live at higher temperatures than a copepod that lives somewhere cold. To understand how the temperature experienced within the lifetime of a copepod affects thermal tolerance, the researchers also calculated a ratio called ARR (Acclimation Response Ratio), which quantifies how acclimation can change thermal tolerance. Copepods with higher thermal limits, or copepods that can survive at higher temperatures, are less able to acclimate to changes in temperature within their life spans.

If some copepods are worse at acclimating to changes in temperature, it may be more difficult for them to adapt to the warming oceans. This could be problematic for this important group of animals and the health of ecosystems as a whole. The researchers conclude that we need to keep studying this issue, and gather data from a wider range of copepod species in different habitats and over longer time frames, to confirm whether the pattern seen mainly in Northern Hemisphere, coastal copepod species holds true. As our planet and ocean warm, understanding how keystone species like copepods adapt to changing temperatures will be critical. 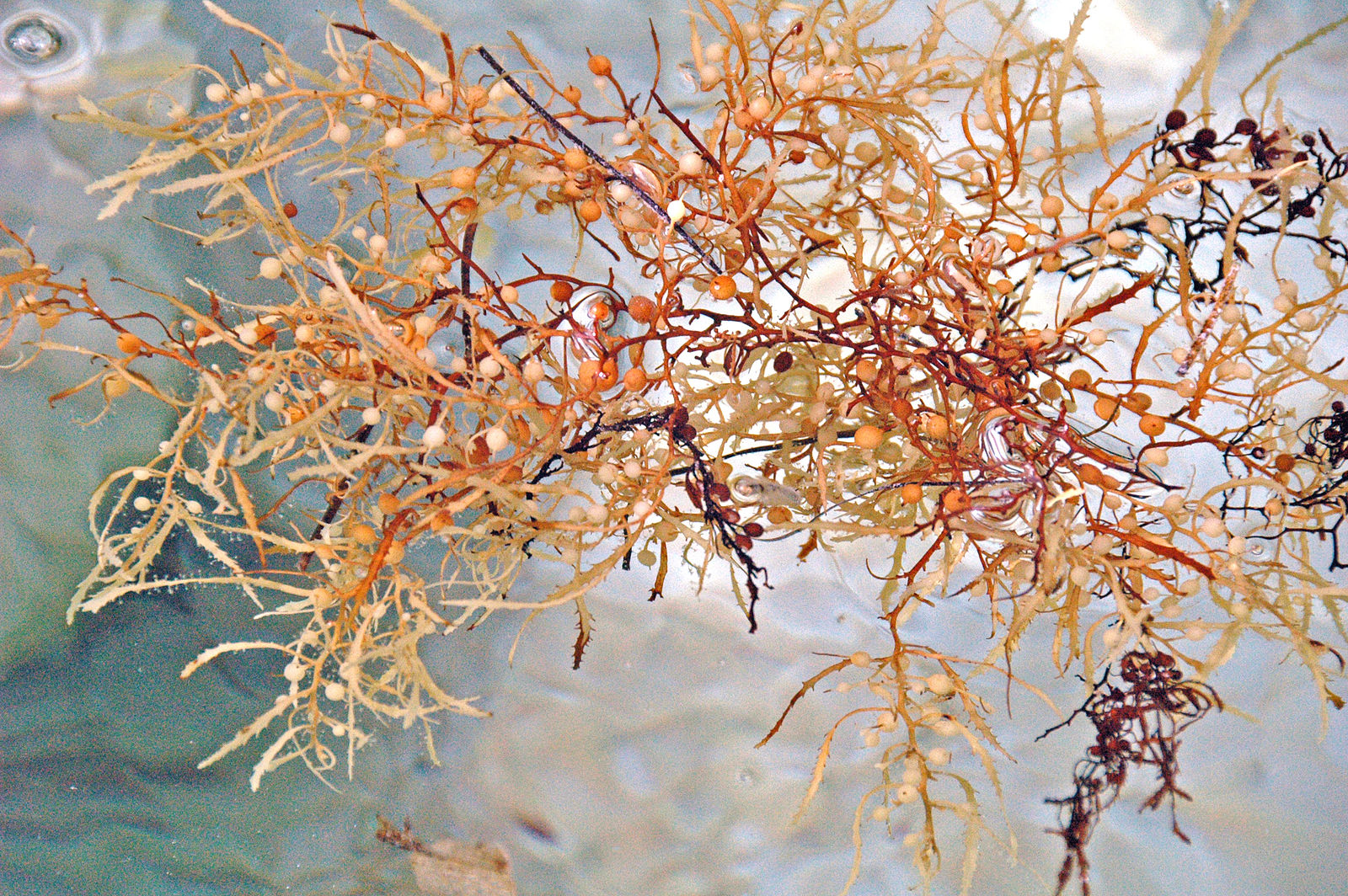