One of the most charismatic partnerships in the ocean—popularized by the film Finding Nemo—is the clownfish (anemonefish)-anemone relationship. It is the quintessential mutualistic or symbiotic relationship, where the organisms rely on one another and benefit from the association. In this case, anemonefishes are shielded from predators by the anemone’s sting and return the favor by guarding their host from other predators or parasites, while also circulating fresh water via fin movements and providing food.

Anemones are not only in a mutualistic relationship with their clownfish tenants. They are also in possession of zooxanthellae: photosynthetic microalgae that provide the anemone with additional nutrients. Here, exchanges happen on a cellular level, with nutrient packets distributed with relative ease. But just as the zooxanthellae supply the anemone with nutrients, could the anemones in turn pass these nutrients on to the anemonefishes? Are there more details to this multilevel mutualistic interaction of zooxanthellae, anemones, and anemonefishes? Dr. Alan Verde and his team investigated these questions in their recent publication in Marine Biology.

Specifically, Verde wanted to know whether any nitrogen or carbon-containing products ingested by the anemone could be transferred to the anemonefishes, and if the same transfer could apply to any carbon-containing products made by the zooxanthellae. In order to answer these questions, Verde’s team conducted both field and lab experiments, and collected information from other researchers’ personal observations and unpublished data.

Stable isotope analysis is used to track the progress of individual molecules through a food chain. Here, researchers labeled carbon and nitrogen isotopes for uptake by the anemones and zooxanthellae. This labeled (experimental) or unlabeled (control) food was then fed to anemones; unlabeled food would not be traceable, thereby providing a baseline for comparison to the labeled food. Two different species of anemonefishes were then introduced to their new hosts for 14-28 days. Afterwards, tissue samples were collected from both anemones and anemonefishes. Anemones were sampled for intact tentacles, isolated zooxanthellae, and isolated anemone tissue. Anemonefishes were sampled for intestines, liver, gill, fin, muscle, and egg or testis tissue.

In addition, wild feeding behavior by the anemonefishes was observed to determine if the fish would actively eat or handle pellets (egesta) naturally expelled from the anemones, or pieces of anemone tentacles. If anemones were indeed supplying anemonefishes with nutrients, the shortest route would be with the anemonefish foraging on its host.

Tissue samples from anemones indicated that there was a high uptake of nitrogen by zooxanthellae from the anemone, suggesting that these cells are nitrogen limited. In this case, the anemone was orally ingesting the labeled food and effectively distributing it to its intracellular zooxanthellae, where these nutrients were required. Would this same transfer of nutrients be seen bridging a greater distance to the resident anemonefish?

The examination of isotope levels in tissues of anemonefishes revealed that within a few weeks, both species had significantly more labeled nitrogen and carbon in their intestines, livers, gills, and fins when compared to anemonefishes used in the control. Isotope levels between experimental animals of each species were comparable. It appeared that nutrient transfer beyond that between zooxanthellae and anemone was happening. But how, exactly?

Verde and colleagues point out the simplest explanation: the anemonefishes are actually consuming and ingesting pieces or byproducts of the anemone. They continue by substantiating this claim with four distinct possibilities.

All these points can explain the high levels of labeled nitrogen and carbon in the intestine and liver samples, but significant differences were also seen in the gills and fins. Verde suggests there may be another pathway: direct transfer through the epidermis through physical contact with anemone tentacles. The uptake of nutrients across the dermal boundary is fairly common in invertebrates, but the way the epidermis of anemonefishes is constructed may be conducive to facilitating a similar transfer.

These findings are some of the first to unambiguously show the “closed-loop” nutritional transfer between anemone, zooxanthellae, and anemonefish, indicating how complex such mutualistic relationships can be. Whether this type of multi-level symbiosis is commonplace remains to be seen, but the complexities inherent in coordinating three separate individual organisms should give anyone pause. These are evolutionary relationships not easily tinkered with, and it is still unclear how easily the balance among these organisms can be tipped. Between expulsion of zooxanthellae due to temperature stress and wild collection of species for the aquarium trade, these animals may have difficult times ahead. For now, though, Nemo can be content with the meals his house provides. 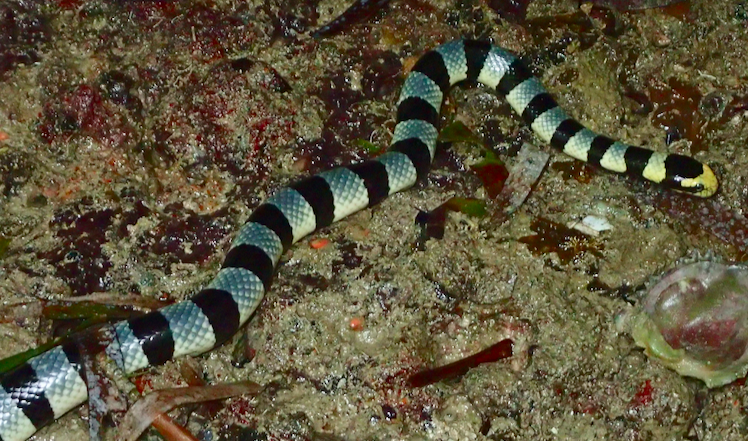 One thought on “A Snack That’s Literally On the House?”