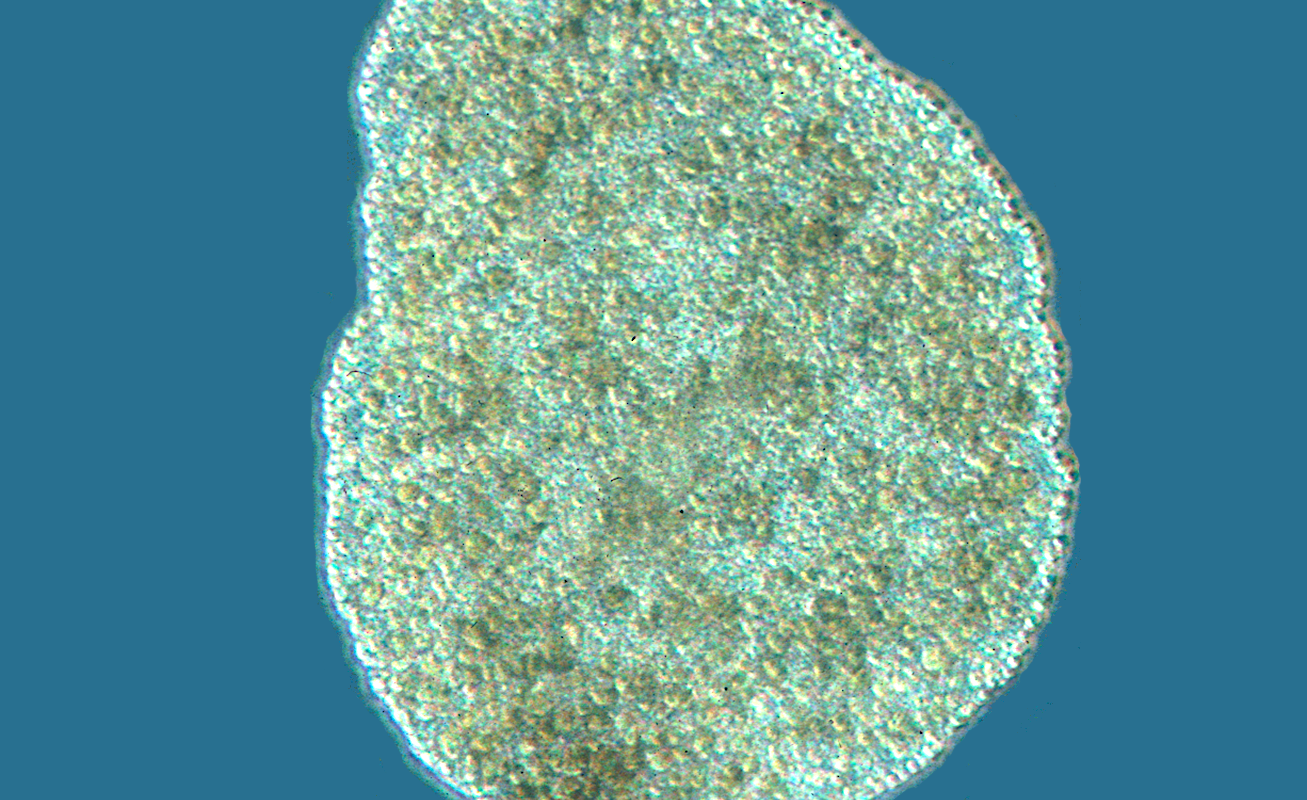 This super simple animal has immune cells. What does it mean for biology?

Imagine the simplest animal possible and you might come up with a placozoa. Placozoa means “flat animal”, an apt description for this tiny creature that resembles a small, hairy, translucent pancake that crawls along marine surfaces.

Placozoa are known to contain only four types of cells. The outside of their bodies consist of two layers of cells, which they use to move and eat. The inside of their bodies has sensory cells for orientation and fiber cells with long branching structures that hold the animal together. But now scientists have discovered that one of those cell types has another, incredibly important function.

Macrophages are immune cells that engulf threats like harmful microorganisms or unhealthy cells and remove them from the body. When a macrophage zeroes in on its target, it sequesters it in a cell membrane bubble and digests it.

Macrophages are responsible for helping wounds heal. Shortly after an injury, they clean up cell debris and kill bacteria. Researchers compared fiber cell behavior in wounded and intact placozoa. In intact animals, fiber cells all remained within their bodies. But in wounded animals, lots of fiber cells were densely packed along the wound’s edge within five minutes of injury.

The immune system is crucial to keeping us healthy and alive, and understanding how it works might help us fine-tune immune responses— drive faster wound healing, for example, or prevent heavy scarring. But we have many more than four types of cells, and studying a complicated process like wound healing can be difficult. As a “super simple” animal, placozoans reduce biological problems to the basics, allowing us to see which processes are absolutely fundamental to solve them. Life is a delicate balancing act, and as the placozoa exemplifies, sometimes, less is more.