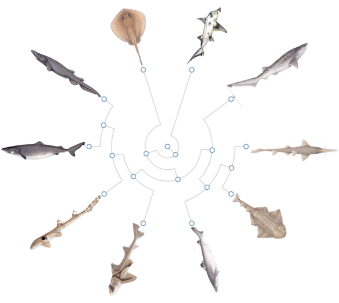 This year the 3rd edition of Sharks International, an international conference of scientists who study sharks, skates and rays, was held in the Brazilian city of João Pessoa. One of the keynote speakers was Dr. Gavin Naylor, Program Director of the Florida Program for Shark Research. Naylor unveiled several features of version 2.0 of his Chondrichthyan Tree of Life (CTOL) Project website. The first version of his site took attendees of the 2nd edition of Sharks International by storm, and he and his team have certainly kicked it up a notch with this new version.

Chondrichthyans are fish made up of cartilage, a substance of which the human ear and nose are also made of. This group includes sharks, skates, rays and chimeras and is extremely diverse. Despite this impressive diversity, many populations of chondrichthyans are experiencing a decline in their populations due to habitat loss, overfishing and climate change. The CTOL project was created out of the desire to learn more about the evolution of this group and to understand how unique traits arise.

The CTOL project has 4 major aims: validate all living species of chondrichthyans using DNA markers, create scientific illustrations of each of these species, create a hypothesis of the evolutionary relationships of these species using DNA, and use CT scans of species to estimate relationships with comparative anatomy. The project is a collaboration between The American Museum of Natural History, Dr. Naylor’s team, The Australian National Fish Collection and Commonwealth Scientific and Industrial Research Organisation.

Naylor and his team have begun to sequence the DNA of the known species of chondrichthyans, and along the way have found new species and updated former taxonomy (how species are classified). To do this, they developed a new method of DNA analysis using Mitochondrial DNA. As you may remember from high school biology, the mitochondria is “the powerhouse of the cell” and is involved in the production of energy,  but the mitochondria also holds genetic material, or DNA. We each get our mitochondrial DNA from our mothers because it comes from the egg, and the same is true for sharks. Mitochondrial DNA is not as long as nuclear DNA, so using a gene capture method developed by a former post-doctoral fellow in the Naylor lab, Dr. Chenhong Li, the team is able to sequence the entire mitochondrial genome. Gene capture is a method in which small pieces of DNA are “fished out” using similar pieces of DNA which stick to them like Velcro. Once all the pieces are fished out, they are stitched back together to rebuild the mitochondrial genome. Using this method, the team has sequenced many species and started to build the chondrichthyan tree of life based on the similarities between DNA sequences. This tree of life is presented on the CTOL project website.

Naylor and colleagues also took a new approach to studying the anatomy of the chondrichthyans. Because there are many rare or endangered species of chondrichthyans, it can be difficult to do traditional dissections, so the team decided to try CT scanning museum specimens and use a method called digital segmentation to “virtually dissect” the specimens. This does not damage museum specimens and allows for further study of internal structures. These scans are uploaded on the CTOL project website, so people all over the world can study the skeletal structures of scanned specimens in 3D, right from there computer.

To see how these scans are made you can watch this video: https://www.youtube.com/watch?v=DjKRUGA_Xs4

Version 1 of the CTOL project website features an interactive tree of life which allows you to click on different groups of chondrichthyans to expand the tree out to see individual species. Associated with the tree are beautiful scientific illustrations of the species drawn by Dr. Lindsay Marshall so that you can see what the different species look like. There is also an atlas tab where you can click on a species to see it’s range highlighted on the globe. The DNA tab allows scientists interested in particular chunks of DNA to search the available sequences. Of course, the anatomy tab allows you to see the segmented scans of different species in an interactive interface which allows you to isolate specific structures, move and manipulate the viewing angle of the scan and compare scans against each other. To see a tutorial of how the current website works, you can watch this video: https://www.youtube.com/watch?v=Pt8pGphgzC4.

The new website will have each of these features as well as a few others. People will be able to create their own field guides right from the site by selecting an area on a map and getting a list of all the chondrichthyan species known to occur there along with information on their biology, habitat and reproduction. This will be printable, so you can take it out in the field with you and use it for identification or targeted fishing. The website will of course feature more scans and illustrations, as well as the most up to date tree of life in a more user-friendly interface. The new website will go online soon, but until then, you can enjoy the current version of the website at https://sharksrays.org. You can also like the CTOL Project page on Facebook at https://www.facebook.com/sharksandrays/ to keep up with all the interesting work Dr. Naylor and his team are doing. 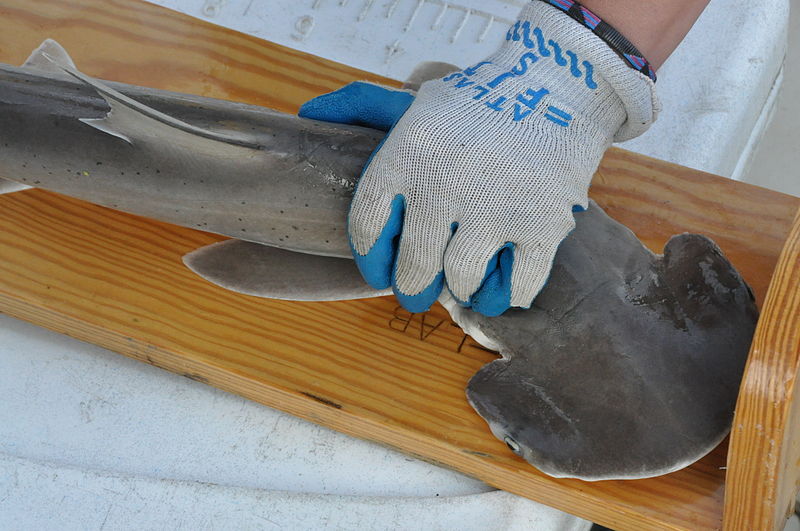 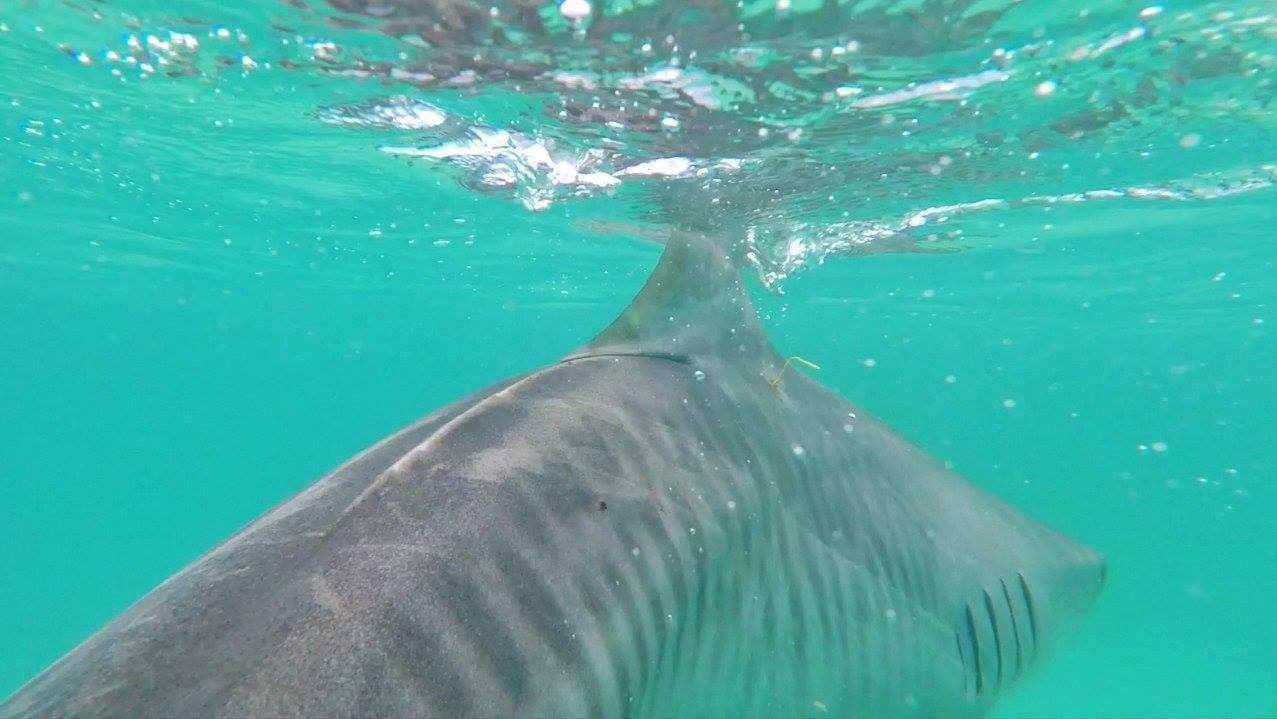