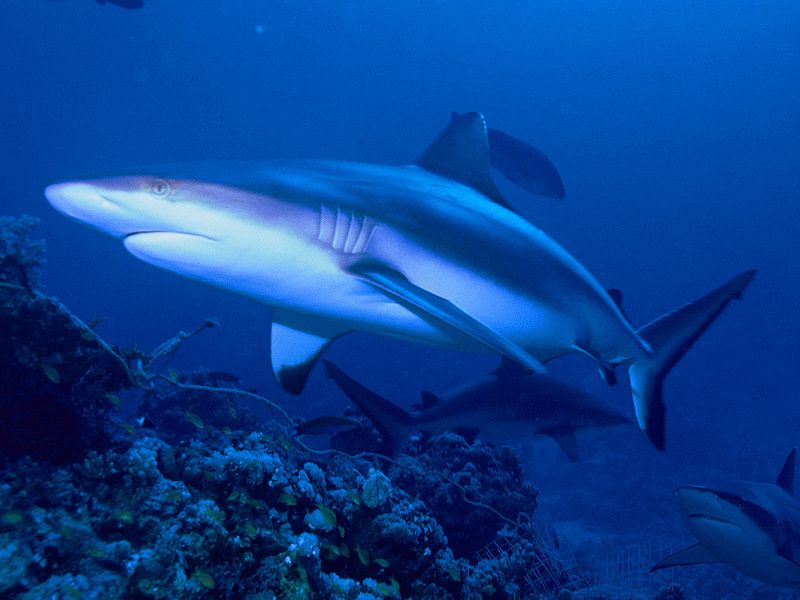 Aquatic predators are animals that hunt at greater trophic levels, including oceans, bays, estuaries, rivers, streams, lakes, and wetlands. Sharks, crocodiles, and orca whales are good examples of these predators, which are often associated with killing behaviors that scare people all around the world. However, aquatic predators are a fundamental link in marine ecosystems. They are ecologically, economically, and culturally important. Global specialists attempt to convince the public about upper-level predator’s important role in the marine environment. The explanations usually focus on their ecological roles in the food web, but they can affect the world in a much greater way.

A study conducted by Hammerschlag and his team summarized the important roles aquatic predators (APs) can play in marine ecosystems and their consequences in and outside the water. The aim of the research was to assemble important arguments to conserve APs and support management decisions in response to social and environmental change.

Human actions are driven to annual changes in aquatic populations, the consequences have altered some ecosystem functions and services.  Aquatic predators affect food web dynamics and can initiate what is called a “trophic cascade”, which is an ecological event triggered by the addition or removal of top predators involving changes the whole food web. For example, a shark population decline can drive an increasing abundance of prey fishes. This, in turn, decreases aquatic plant populations and many herbivorous species can die without enough sources. However, when they feed on competitively dominant prey, predators can also promote biodiversity among prey species. When aquatic predators leave behind parts of the prey carcass, they also create food subsidies for other species.

The cycling of nutrients, such as carbon and nitrogen, is particularly important for the environment because it nourishes and brings nutrients into freshwaters. Aquatic predators redistribute nutrients when they feed in one location and egest in another. Some whales contribute to nutrients mixing by swimming. They transport enriched water from the bottom to the surface, this increases phytoplankton productivity.

The grey reef shark in the Central Pacific is a good example of nutrient cycling. It egests an estimated 95 kg of nitrogen daily onto the reef. They nourish coral health by foraging at night in offshore waters and resting during the day within Palmyra Atoll.

Half the oxygen we breathe comes from plankton; they use photosynthesis to convert carbon dioxide into sugars, just like trees and land plants. Plankton emits a huge amount of oxygen into the atmosphere and consumes carbon dioxide, this process is called “carbon sequestration”. By storing a substantial amount of carbon in plant biomass and organic sediments, aquatic systems are a fundamental tool in the global carbon cycle.

Climate change has impacted the whole world. Effects that scientists had predicted in the past are already occurring: Loss of sea ice has accelerated sea-level rise and longer, more intense heat waves, temperature rise, and much more. Many future actions will have to be done to mediate climate change, but keeping the ocean healthy is important NOW.