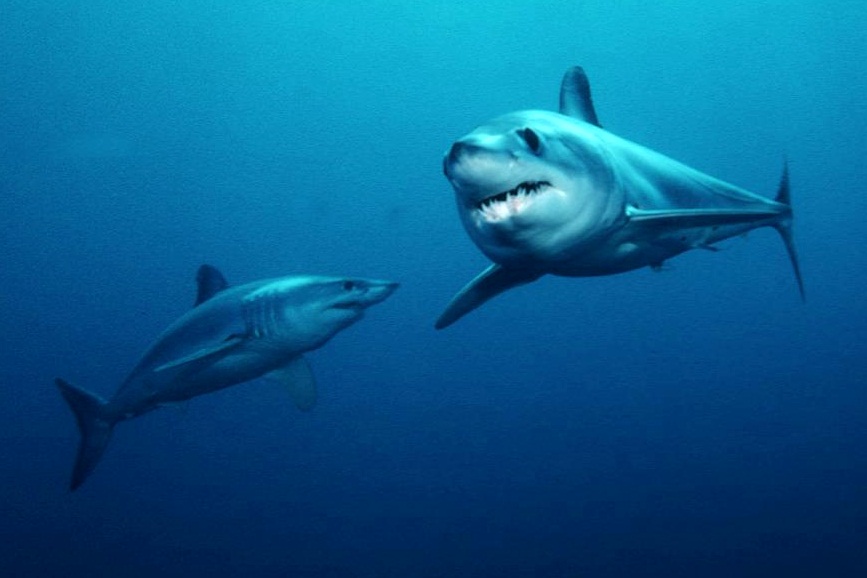 Did you know there could be shark in your dog or cat’s food? Did you know they could also be in your beauty products? Now that you’re back from reading your product labels, I’ll tell you the bad news. They might be there even if it isn’t on the label. Keep reading to learn how researcher Diego Cardeñosa found endangered shark species hidden right under our noses in our pet food and sometimes directly on our noses in cosmetics.

Incorrect labeling of seafood is a widespread problem that affects our ability as consumers to make informed, environmentally friendly purchases. Overfishing is a major threat to many fish species, including sharks, and this has led to consumer-based initiatives to make more conscious seafood purchasing decisions, like choosing sustainable seafood. These choices become much more difficult when the fish you think you’re buying is actually mislabeled as a different species. Further complications arise when buying products that use broad common names for groups of fish, like “white fish” and “ocean fish”. How do you know what you’re really buying?

Two groups of products that may contain undisclosed shark byproducts are pet food and cosmetics. Pet food often contains fish meat of unknown origin labeled as white fish or ocean fish, while beauty products can contain another shark byproduct called squalene or squalane. Squalene is an oil that is used as a moisturizing ingredient in many make up and skincare products. It can be extracted from a shark’s liver or from various plants, like olives and sugarcane. Often the source of the squalene is not listed on packaging.

So how do we find out what shark species might make up the mystery meat we’re feeding our pets and the oils we’re putting on our faces? For a long time, the answer was that after the product was made, we couldn’t. To identify what species are found in products requires a DNA sample and the processing that goes into producing pet food and cosmetics damages DNA, sometimes completely destroying it or leaving behind very small quantities that couldn’t be analyzed. However, that changed for shark species in 2017 when researcher Diego Cardeñosa developed a mini-barcode multiplex polymerase chain reaction (PCR) technique that can detect incredibly small amounts of shark DNA from processed products.

If you think back to your high school biology class, you may have learned the basics behind the multiplex PCR technique. PCR is a method for amplifying DNA that lets researchers take a small amount of DNA and make copies of it until they have a sample large enough to analyze. DNA barcoding is a method that uses a very short piece of DNA from a specific gene to identify a sample to species. So, put it them both together and you have the technique Cardeñosa used to identify shark species, mini-barcode multiplex PCR.

Using mini-barcode multiplex PCR, Cardeñosa was able to take small samples of various pet foods or cosmetics and attempt to amplify the broken-down DNA in these samples to determine if they contained shark products. If they did, he could then identify what species were in the products by searching for the DNA sequences in online genome databases, like GenBank. Twenty-four beauty products, including moisturizers, face oils, lipsticks, powders, and mascaras, from 15 brands were tested. All of these products listed squalene or squalane as ingredients and did not indicate if the source was from plants or sharks. Eighty-seven pet foods, including wet and dry food as well as treats, were tested from 12 different brands. All of the products, both pet foods and cosmetics, were purchased in the United States.

So, are sharks in your pet’s food?

Yes, they could be. DNA was amplified with PCR in 63% of the pet food samples, but only 33% (29 samples) were high enough quality to identify to species level. Of those, 21 samples were shark species, including shortfin mako (Isurus oxyrinchus), a blacktip shark species (Carcharhinus limbatus, C. tilstoni, C. amblyrhynchoides, or C. leiodon), and an unidentified species from the genus Carcharhinus. The eight other samples that amplified successfully but were not sharks were attributed other species, including other fish species and chicken.

Are you putting shark on your face?

You might be. DNA could only be amplified from three of the 24 beauty products. All three products contained shark, a blacktip shark species, blue shark (Prionace glauca), and scalloped hammerhead (Sphyrna lewini). It is possible that more of these products contained shark based squalene that PCR could not amplify because the processing caused severe breakdown of the DNA or other chemical compounds in the products prevented DNA amplification through PCR. Alternatively, these products may contain plant-based squalene.

The sharks that were identified to species, or species complex level in the case of the blacktips, are all listed as near threatened or threatened with extinction according to the IUCN Red List, which assesses the global status of plant and animal species around the world. Scalloped hammerhead and shortfin mako sharks are both IUCN endangered species. Shortfin mako sharks are fished heavily for their meat and fins and have been the focus of much international attention recently. Scientists determined the North Atlantic population was severely depleted to the point of needing a full fishing ban to potentially recover, and NOAA enacted special regulations to manage overfishing of the U.S. population. In August, they were listed in Appendix II of the Convention on International Trade in Endangered Species of Wild Fauna and Flora (CITES), which will more closely monitor their fin and meat trade. Scalloped hammerheads are also listed on CITES Appendix II and are one of the most traded sharks in the fin trade.

While the shark fin and meat trade are closely monitored in many parts of the world, shark livers, which are the source of squalene, and other cartilaginous parts that could be used in pet food are less valuable, less regulated, and more difficult to track. This is the first time sharks have been documented in pet food, in addition to documenting an endangered shark species in cosmetics. It highlights the need for more research and further developing genetic techniques to improve our ability to trace the origin of ingredients in our products to help protect endangered and threatened species. Better product labeling and increased public awareness of these issues can empower consumers to make informed choices, which can benefit shark species by decreasing demand and decreasing harvest.

2 thoughts on “Are you feeding your pet endangered sharks?”