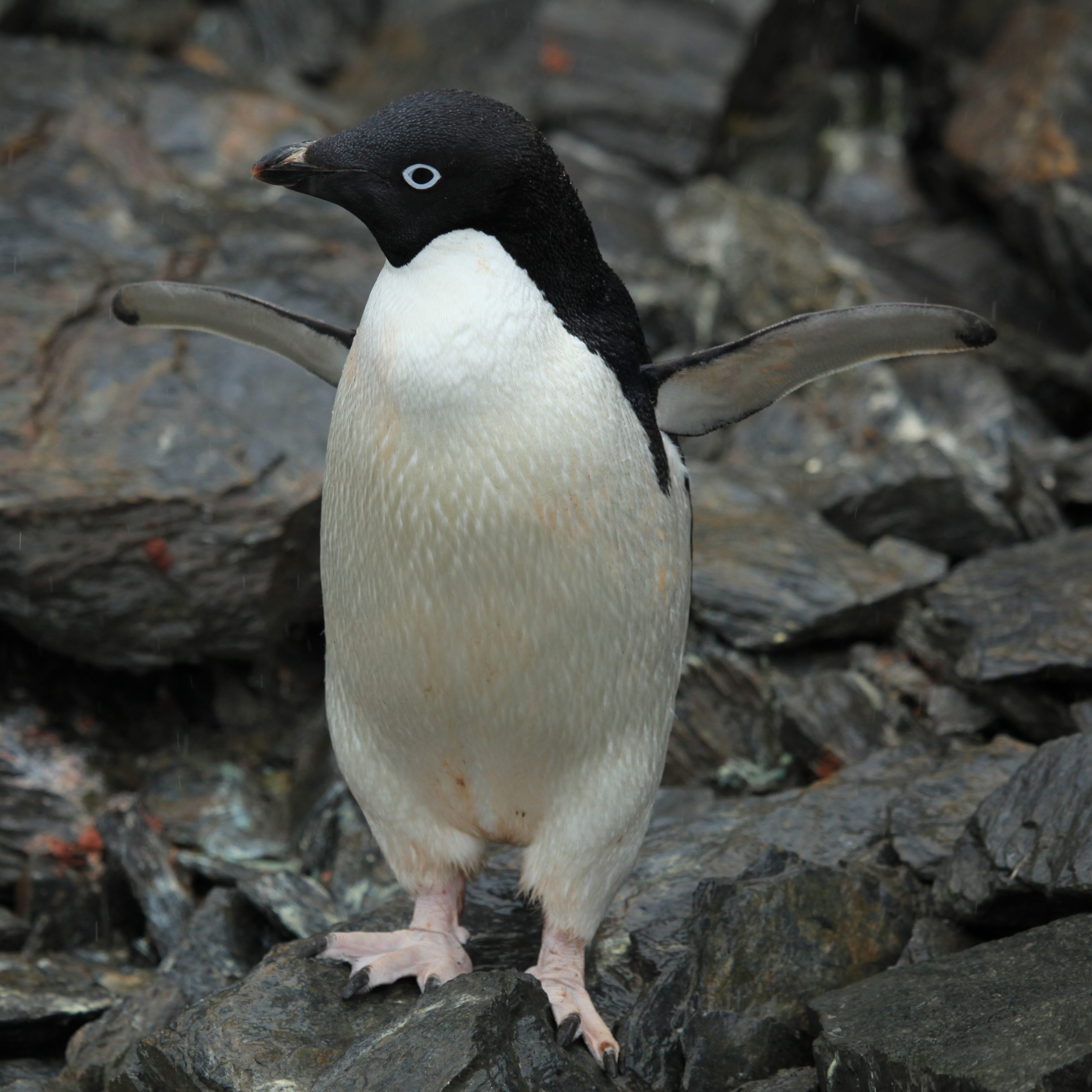 Life in the Colonies

In Antarctica, penguins are a frequent sight. Of the penguin species that live on this snowy continent, the Adélie penguin is the most widespread. These penguins, like most other penguin species, form colonies, or large groups where individuals all live together. These colonies help penguins find mates and avoid being eaten by predators. This is because it is a lot easier to spot and eat one penguin all by itself in the white snow than it is to hunt one penguin in a crowd of thousands. These colonies also serve to protect penguins’ eggs and young from predators. Adélie penguins are fiercely protective, and will behave very aggressively if a predator make its way into a colony to try to eat their eggs or young.

In particular, south polar skuas, large white and brown birds, will frequently try to nibble on penguins. Adélie penguins will not only drive out the skuas that enter their colonies, but will also destroy skua nests that are anywhere near colonies, sometimes harming skua eggs. To scientists, this pattern made sense: if a penguin perceives the presence of a skua as a threat to itself, its home, or its family, it will try to get rid of the threat. With this reasoning, it would seem likely that skua nests that are far away from penguin colonies would be safe from penguin attacks. However, this is not always the case. Recently, scientists from the Korea Polar Research Institute observed some highly unusual Adélie penguin vs. skua activity that challenges what we have previously thought about the relationship between these two birds.

The scientists already had motion-capture cameras set up near eight skua nests to monitor their behavior. In December of 2020 and January of 2021, these cameras captured Adélie penguins aggressively forcing adult skuas out of three of the nests, even though the nests were nowhere near Adélie penguin colonies. It is unknown if the same penguins were to blame for all three attacks, or what exactly prompted the attacks in the first place. In all three cases, the adult skuas were forced to leave their nests, usually containing eggs or young offspring, and fly off. These attacks occurred during the penguins’ breeding season, which begs the question: why were the penguins not near their colonies guarding their own young?

Scientists hypothesize that perhaps these Adélie penguins were not successful during mating season, had no eggs, and were simply wandering around Antarctica looking for food and shelter. Since mating season tends to come with an increase in aggressive or unusual behavior in many animals, especially males, these attacks may have been the result of increased hormones. The skuas also gave warning calls as the penguins approached the area surrounding the nests, which could have prompted the penguins to investigate the sound.

The Importance of Interactions

By learning more about how these two birds, or any two species, interact, scientists can gain important understandings of how food webs work in different ecosystems. The Antarctic is under several threats, from climate change to plastic and oil pollution. By learning what behaviors are normal and abnormal in different Antarctic animals, scientists may be able to detect if something is wrong in an area before an issue escalates. This is because animals typically act strangely when their environment is negatively altered. In the case of Adélie penguins and skuas, it is clear that these birds do not get along, and do not need a concrete reason to behave aggressively towards one another. This information is incredibly helpful to zoos that may house both these species, and to researchers and conservationists who work in regions of the Antarctic where both of these animals are common.

If you would like to learn more about Adélie penguins, you can visit the Australian Antarctic Program website.