Over the past several decades the fishing industry has had to change their strategy in response to overfishing. Fishing effort has increased; expanding to new ocean territories and shifting of target species has been seen. Recently, the large predatory fish with high economic value are now a scarcity and have all but been depleted. Fisheries, therefore, have shifted their focus on smaller, lower-trophic level fish species. This “fishing-down” phenomenon has created a cascading effect in the ocean’s food web, potentially affecting the ecological role of each trophic level (or the position in which an organism lies in the food chain).

Researchers from the United Kingdom and Malaysia were interested in how the balance between each trophic level was changing due to the fishing industry over time. They used the English Channel (Fig. 1), which has been used as a commercial fishing ground since the Middle ages, to monitor fish populations over the past 90 years.

Using past archives, historical catch statistics (1903-1949) was compared to recent catch statistics (1950-2010) in order to determine the change in species being caught over time. Statistics showed the total weight of the fishes caught, the species caught, and what trophic level each species resides in. Forty-eight taxa were used, ranging from larger finfish, such as sharks, to small invertebrates, such as shrimp.

Results and why we should care about them

From 1920 to 2010 there has been an increase in fish landings, increasing dramatically in 1970, but then stabilizing somewhat in the last decade (Fig. 2). The average trophic level of landed fish has decreased over the past several decades however. This is to say in 1920 significantly more higher trophic level fish (sharks and rays for example) were caught as opposed to now, where more lower trophic level species (shrimp and crabs for example) are caught. The biggest decrease is seen in the group “sharks, rays, chimeras” which declined from 34% in 1926 to 6% in 2010. The group “cods, haddock, hakes” showed significant decline as well. The invertebrate species (low trophic level) now account for over half the total landings, whereas before they were barely registered.

Overfishing has obviously had it’s influence on the food webs of the English Channel over the past 90 years, providing further evidence for the “fishing down the food web” phenomenon. Several factors could contribute to why more lower level trophic level species are being caught now as opposed to 70 years ago. An increase in industrialization and technology has allowed fisheries to explore wider and deeper fishing grounds, but overfishing was already a voiced concern long before this expansion. Another explanation could be an increase of water temperature and general productivity of the cold-water fish stocks (such as cod), however a decrease in high trophic level species has been found all around the world as well, not just in the English Channel. Socioeconomic factors are also a concern, but catching restrictions, fuel prices, and prices will always being fluctuating and changing with retrospect to the availability of resources.

If the current trend in fishing continues, the future looks bleak for all trophic levels. The marine ecosystem has completely changed in trophic structure as shellfish are gradually replacing the now depleted high trophic level species. A balance between high and low trophic levels needs to be maintained and can be managed by more rigid managing measures, such as fisheries closures. 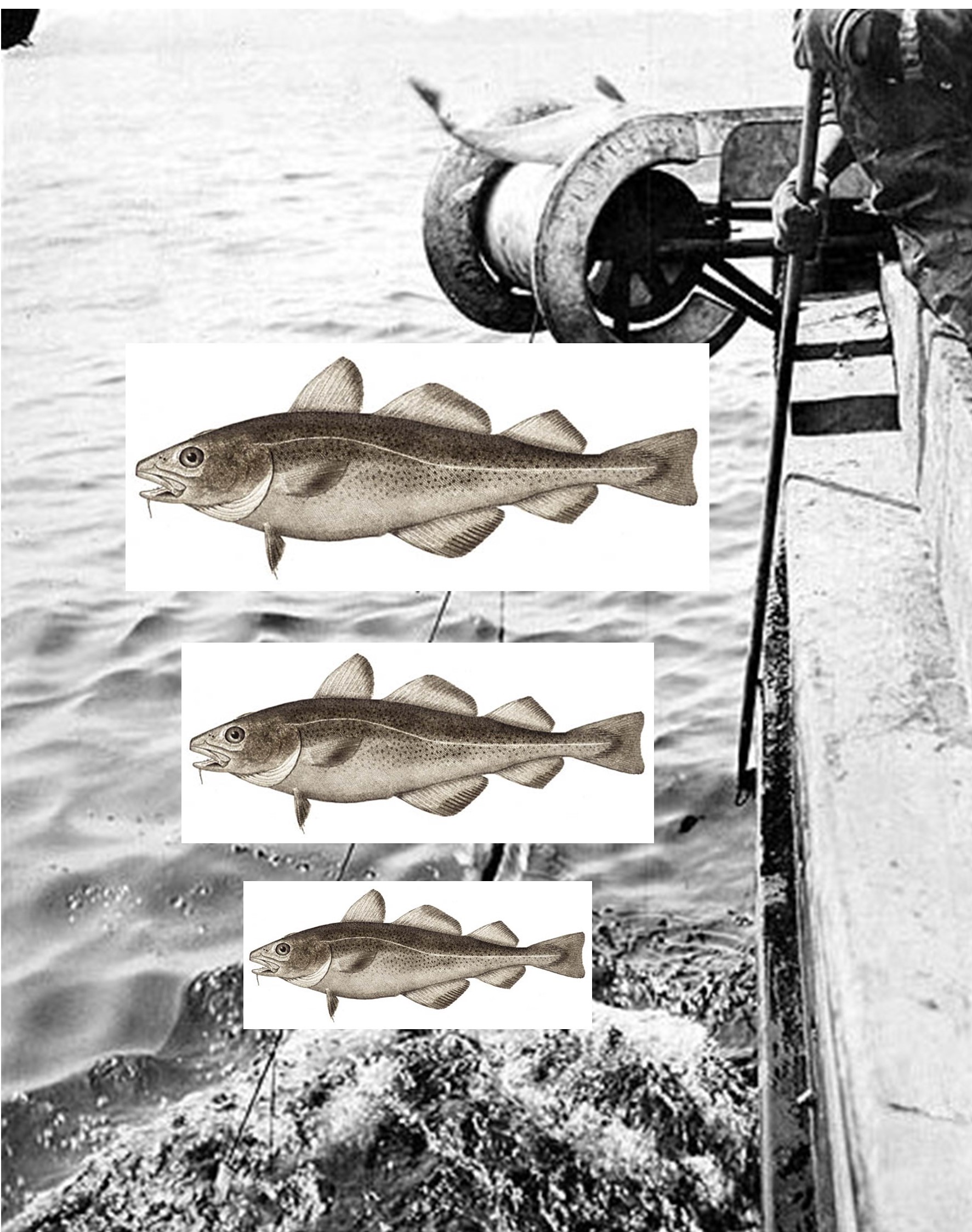