Searching for the greatest winter smorgasbord

Although Florida is often the stereotypical winter travel destination for snowbird Americans fleeing gloomy winter weather, birds (and other creatures) travel during the winter in search of more than just a tan and balmy weather; birds migrate to find the best feeding grounds to fatten up for the summer breeding season. Although climate change often brings to mind hotter temperatures or sea level rise, ongoing climate change is also responsible for a slew of less obvious biological changes. Creatures are changing their travel patterns to avoid warmer temperatures or follow prey, altering the timing of their breeding season, or adopting other such coping responses. W. James Grecian and his colleagues were able to document two climate change responses in two related seabirds that live in the Southern Ocean near Antarctica. Using GPS technology and an ingenious use of museum bird specimens, these researchers from the United Kingdom and New Zealand have discovered that Antarctic birds have altered their winter travel patterns in response to climate change.

Prions are seabirds in the petrel family that feed on microscopic plants and animals called plankton in the Southern Ocean (Fig 1 ).

Both the broad-billed and the Antarctic prion included in this study feed by filtering tiny crustaceans, called zooplankton, through their bills; the two species like to munch on different sizes of plankton but otherwise hang out in the same general area and have a similar life history strategy. Grecian and his team took feather samples from current and historical birds from both species and then assessed the stable isotope content of the feathers. Stable isotope analysis is less complicated than it sounds; at the most basic level, it entails using ratios of atoms to snoop into the diet and habitat history of a creature.

All elements (like carbon, nitrogen, sulfur, etc.) exist as a mix of several different isotopes in the environment. Isotopes of an element differ in the number of neutrons each atom possesses; the atoms with more neutrons are just a teeny bit heavier than the atoms of the same element with one less neutron. For example, nitrogen exists in the environment mostly as a mix of two non-radioactive isotopes. Nitrogen-14 has 7 protons and 7 neutrons and accounts for 99.636% of natural nitrogen, while Nitrogen-15 has 7 protons and 8 neutrons, so only a tiny fraction of natural nitrogen is composed of the heavier isotope. As the element is used and incorporated into flora and fauna (living things use nitrogen to build amino acids, genetic material, and other important molecules), the isotopes are taken up differently because of their different weights. The lighter Nitrogen-14 is taken up more readily, with Nitrogen-15 being incorporated when less Nitrogen-14 is available or as the isotope travels further up a food chain. Organisms higher in the food chain display higher Nitrogen-15 ratios; this allows scientists to measure the Nitrogen-15 signature of a creature and estimate where it is in the food chain, what it has been eating, and where it was recently living. Take home message: stable isotope analyses are great detective tools to figure out what a creature has been eating and where.

Researchers in this study took a single feather from stuffed prions kept in museums collected from 1926-1986 and assessed the feathers for carbon and nitrogen isotope signatures. The researchers then used the derived isotope information to recreate a picture of where historical prion populations lived and ate during their winter moult months, or the non-breeding period where they shed all their feathers and grow new ones. Additionally, the team tagged 31 prions at their breeding site in October 2012 with geolocation immersion trackers aka tags that collect specific information about the environment. These tags collected daily information about the timing of sunset and sunrise and ocean salinity over the course of a full year, creating a dataset about the environmental conditions the bird experienced over both the non-breeding and breeding season. The scientists used this information to piece together a log of the bird’s location over the year, as salinity and sunrise/sunset are dependent on the body of water the bird is hanging out in and the associated longitude and latitude. The researchers also collected some feathers from current birds for stable isotope analysis when they collected the geolocation taggers. They then used their cleverly derived information to compare where the birds currently spend their non-breeding periods to where the birds historically spent their winter moult months.

Go further south or head to the mountains!

Grecian and his colleagues found some surprising results from their work; according to carbon isotope signatures and current geolocation results, Antarctic prions (but not broad-billed prions!) are now migrating further south during their winter months compared to their historical distributions, likely following prey species that prefer colder temperatures. Both species of birds displayed a decrease in nitrogen-15 content over the time series; this suggests that marine productivity/food web richness has declined over the course of the past century in the regions where the prions are feeding.

Data from the tags also shows that the broad-billed prions are traveling to sea-mount/ocean front feeding areas instead of traveling further south to fatten up; sea-mounts are undersea mountains that encourage nutrient-rich water to travel to the surface, making the surrounding area productive and food-rich (Fig. 2).

So why does this matter?

Overall, the results of this work show that prions have figured out two coping mechanisms to deal with changing productivity and temperatures related to climate change; they are moving further south towards the poles, or seeking out food oases around sea mounts. The authors suggest that while global climate change is already in motion, it may be a great idea for conservation efforts to target seamount regions, as the areas provide a consistent food supply for creatures that would otherwise have to travel a lot further to follow their prey. 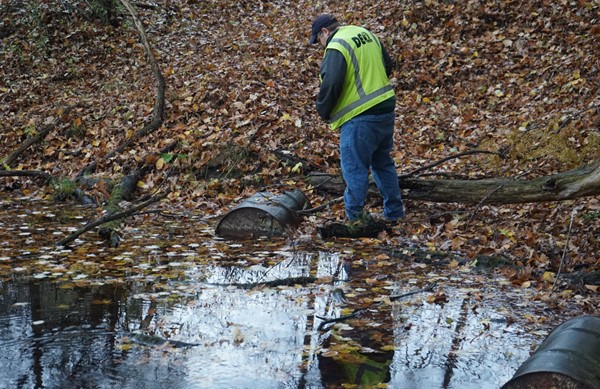