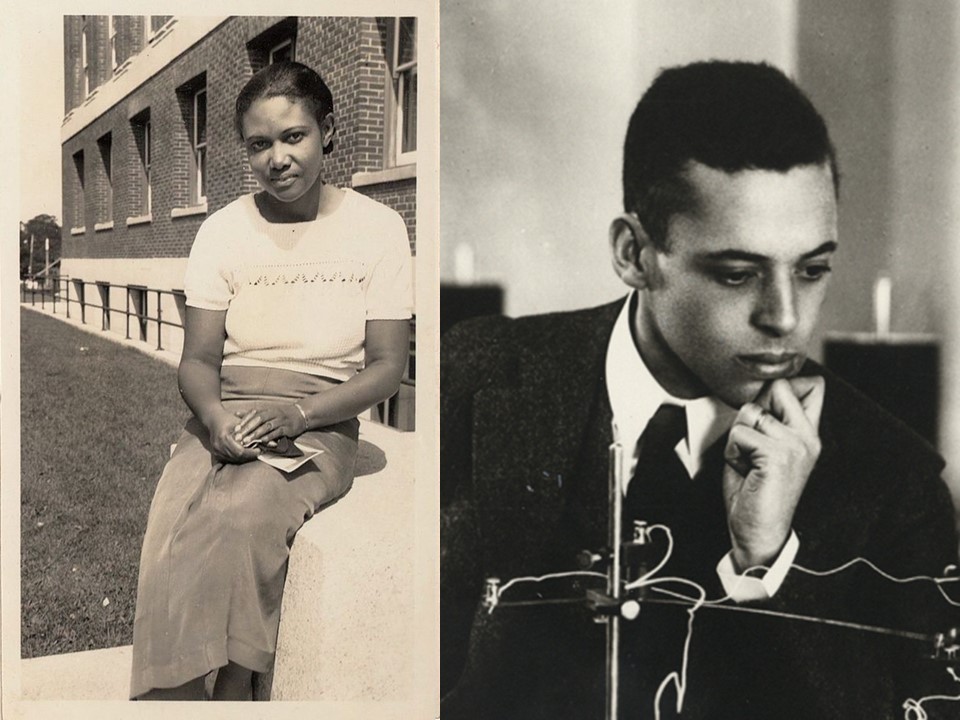 Since it’s Black History month, here’s a post celebrating two of the first Black marine scientists. Throughout history, underrepresented groups have been excluded from participating in science. These pioneers paved the way for the next generation of scientists, proving that everyone should have the opportunity to engage with science regardless of race, gender or sexual identity.

Just was born in Charleston, South Carolina in 1883. His parents believed that he would find better opportunities in the North, and sent him to be enrolled at a private school in Vermont. After graduating from high school, he enrolled at Dartmouth where he graduated magna cum laude four years later with a degree in biology and history. Just started teaching at Howard University in 1907, and by 1912, he was made head of the Biology department. He also published his first paper that year. Just continued his research by working at the Marine Biological Laboratory in Woods Hole, Massachusetts and spent almost every summer for 20 years performing experiments on the eggs of marine invertebrates. In 1916, Just earned his PhD in experimental embryology at the University of Chicago, making him one of the few Black people with a doctorate at the time. After continuing his research at Woods Hole and Howard for several years, he moved to Europe and was offered a research position at the Kaiser Wilhelm Institute in Germany, where many Nobel-prize winning scientists had performed experiments. When World War II began, Just moved his research to France to continue his work, but was captured by Nazis when Germany invaded France, and was imprisoned in an internment camp for some time. While Just was set free shortly after being imprisoned, the time in the camp worsened his already fragile health, and he died of pancreatic cancer in 1941. At the time of his death, Just had published two books and authored over 70 papers on marine and cell biology. To learn more about Ernest Everett Just, consider reading Black Apollo of Science: The Life of Ernest Everett Just by Kenneth R. Manning.

Young was born in Clifton Forge, VA, but grew up in Burgettstown, PA. Not much is known about her early life, it is documented that she started studying at Howard University in 1916. While there, she worked with Ernest Everett Just as his teaching assistant, and eventually was hired to do research at Woods Hole as well. Just and Young worked together on several experiments and performed research on the fertilization of marine eggs. During one of these experiments, Young’s eyes were permanently damaged by ultraviolet rays. Several years later, Young started a PhD at the University of Chicago, but failed her qualifying exams in 1930. Undeterred, she took a teaching position at Howard University, eventually was promoted to Head of Zoology, and published her first article in 1935. After an altercation, she was fired from Howard in 1936, but used the opportunity to return to graduate school. In 1940, she was awarded a PhD in Zoology, making her the first Black woman to hold an advanced degree in the field. Young went on to publish several more studies and teach at institutions across the South. This piece by Leila McNeil exposes many of the injustices Young faced throughout her career, but ultimately shows how Young persevered despite the systemic racism and sexism she faced.

Other pioneering Black marine scientists include: