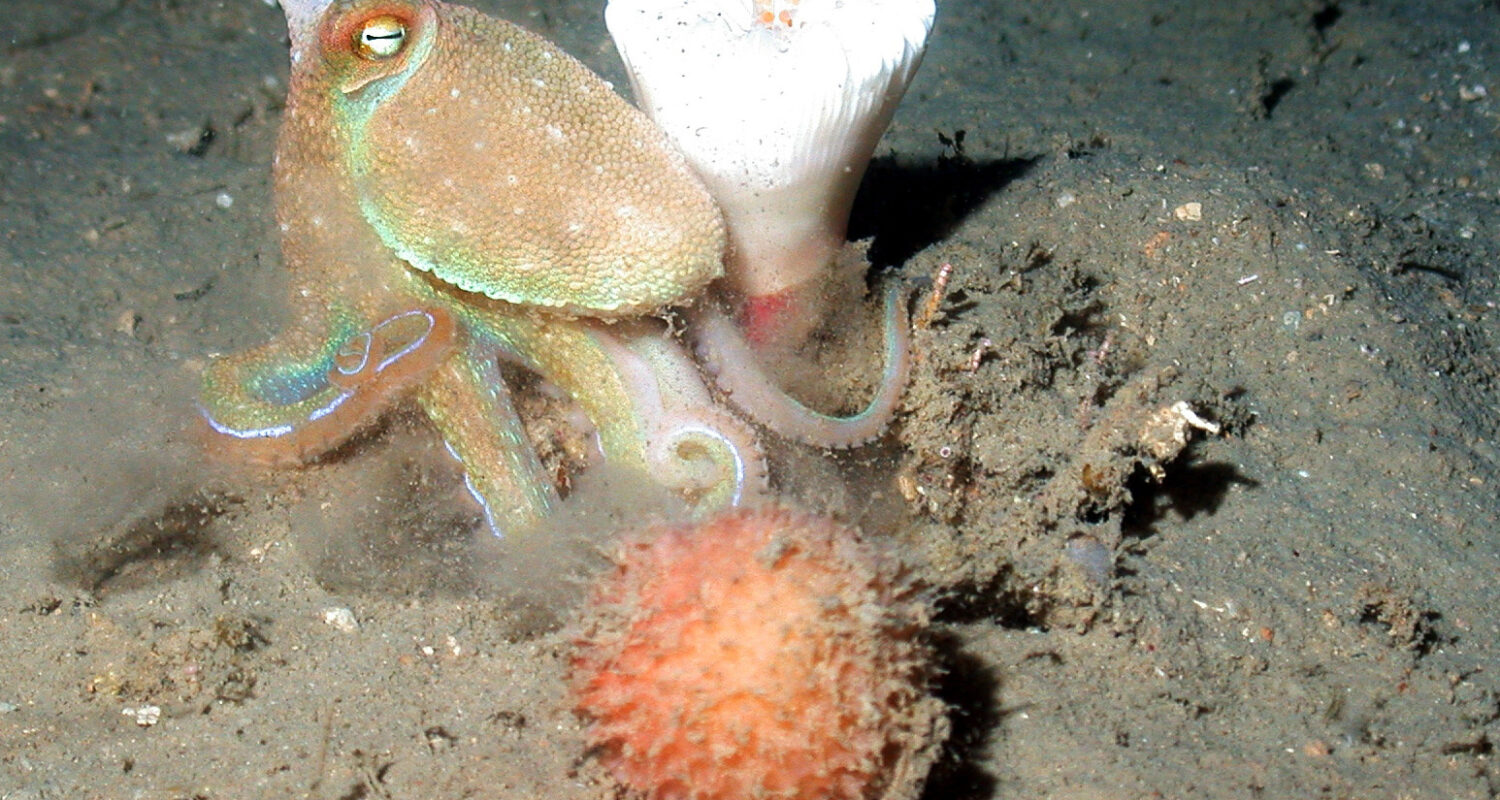 Octopuses are master camouflagers. They can change color and create crazy skin patterns to hide from predators. However, the details of how they do this are a mystery. Octopus color changes depend on three major body parts: the eyes, the brain, and special color-changing organs in their skin called chromatophores. These elastic sacs are filled with pigment (a coloring material) and connected to the brain by nerves. Previous studies found that chromatophores can be controlled by electrically stimulating the eyes and vision-associated parts of the brain, suggesting a link between octopus camouflage and vision.

However, researchers recently found that chromatophores in octopus skin can respond to light when separated from the eyes and brain. The authors did this by removing the siphons from deceased octopuses and exposing them to light while recording how the chromatophores responded. Octopus skin also contains special light-sensing proteins, called opsins, just like the light receptors found in human eyes. These ideas together made scientists wonder if octopods can sense light and trigger camouflage using just their skin.

Next the scientists  looked for opsin activity in the skin, comparing the opsins found there to the opsins in the octopus’s eyes to compare how they were functioning and to look for differences in their expression. They found the exact same types of opsins present in octopus eyes expressed in their skin, along with some other genes crucial to opsin-based light reception. This suggests that skin may be “seeing” in a similar way to eyes.

Finally, the scientists examined what type of light octopus skin could sense. They found that the biggest chromatophore growth lined up perfectly with the wavelengths octopus opsins are most sensitive to. This shows how chromatophores and opsins work together to allow octopuses to sense light and change color with only their skin.

These findings raise interesting questions about how octopuses sense the world around them. The scientists found many skin opsins inside touch receptor cells, possibly suggesting that  touch cells could sense light as well. There is also the question of what kind of role skin light reception plays compared to eye sight in octopuses.  Scientists still need to determine if other closely related species of cephalopods (like squids and cuttlefishes) can sense light with their skin as well. These are all exciting questions to ponder as we continue to learn more about octopus’ incredible biology.