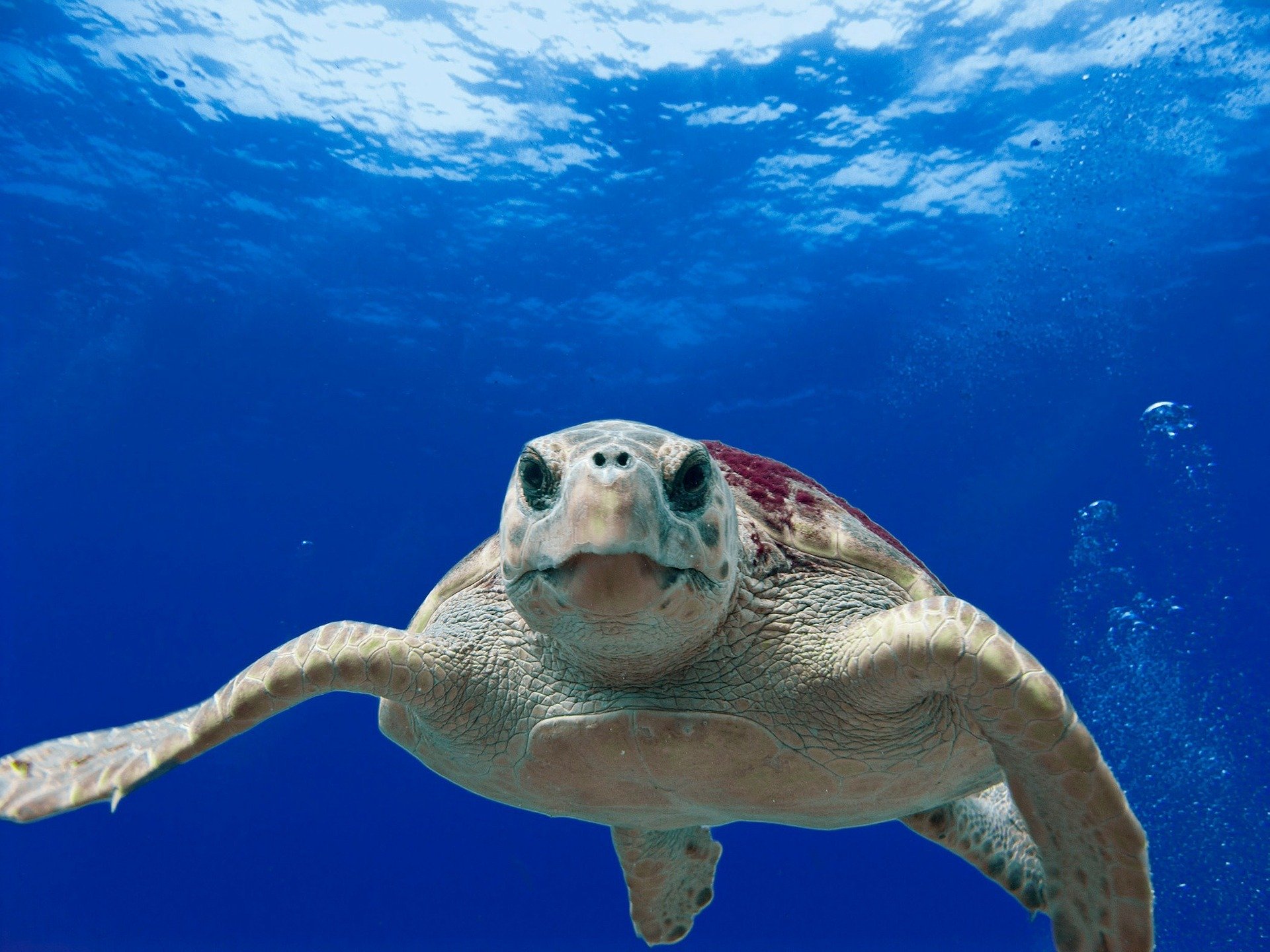 Hurricane season, stretching from June to November, is upon us, and so far it’s been pretty active, with 17 tropical storms, 5 hurricanes, and 1 major hurricane (Laura). While we often think of hurricanes hitting the southeastern coast of the United States and the Caribbean, sometimes these systems move higher up. Hurricane Irene reached the Mid-Atlantic Bight (MAB), the coastal region around Maryland, Delaware, and New Jersey, in August of 2011. It killed 49 people and caused roughly $15.8 billion in damages, largely due to flooding when it unexpectedly stalled after heading inland. Since understanding hurricanes is important not just for science but also for safety, a group of scientists decided to look at the data recorded by sea turtle trackers during Hurricane Irene. What they learned could help us better understand what happens with hurricanes in the mid-Atlantic.

The Mid-Atlantic Bight has long been a puzzle for scientists trying to predict what hurricanes will do. During spring, surface water is warmed by the sun and freshened by rain and water running off of the land. A deeper pool of colder, saltier water sits beneath, forming the famous MAB Cold Pool. If the surface water mixes with the deeper water, something that happens when there are strong winds during a storm, the Cold Pool can break down.

The Cold Pool is a MAB fixture, but it causes another phenomenon that is at least as consistent but still isn’t considered in hurricane models. When hurricanes reach the MAB, scientists have observed “ahead-of-eye cooling.” This means that sea surface temperature actually decreases before the eye of the hurricane even reaches an area. As the hurricane travels up the coast, the strong winds mix some of the water from the Cold Pool into the surface water. In the case of Hurricane Irene, it there was a 6-11°C decrease in water temperature.

This cooling has a big impact! Hot water from the ocean is essentially hurricane fuel; as it evaporates, it feeds the storm and speeds it on its way. In contrast, cold water can slow down the pace of a hurricane. In the case of Hurricane Irene, it caused it to stall when it hit land, causing flooding in places that were not prepared for it.

The scientists tagged loggerhead sea turtles in June and July 2011 with satellite relay data loggers. Not only would these trackers show the locations of the sea turtles, but they would record how deep the sea turtles were diving and for how long, as well as the temperature of the water they were in.

During the hurricane, 15 of the sea turtles moved out of their normal feeding range, most moving north. After the storm, sea turtle behavior was a little more split; ten of the sea turtles moved at least partially back into their original feeding area, but the other eight moved to a completely new area, mostly migrating further south. The trackers on the turtles also showed that water temperature got colder during the hurricane although it began to warm after Irene had passed. Still, water temperature overall was colder after the hurricane than it had been before, and the point of demarcation between fresher, warmer surface water and deeper, saltier bottom water was deeper than before.

What does it mean?

The aftermath of Hurricane Irene didn’t just impact human lives; it caused significant changes in loggerhead behavior. Loggerhead sea turtles changed where they were eating both during and after the storm, which means they were probably responding to some change in the ocean caused by the storm.

After the storms, the loggerhead sea turtles that moved south did so a month earlier than they normally would for their migrations. Even the turtles that did stay in their normal feeding range started to dive deeper and longer, a behavior of sea turtles that generally happens later in the season as waters get colder. It’s likely that when the Cold Pool was stirred up by Hurricane Irene, the turtles responded to the colder temperatures the way they would to similar changes later in the season.

The scientists also proposed that the turtles moved north before the storm as currents got stronger with increasing winds. Like Crush riding along the current in Finding Nemo, a lot of the turtles could have coasted northward, letting the current do the work. Alternatively, young turtles might have been surprised by the strength of the current and been swept further north than they meant to go.

This study was also an important step in making sense of data gathered by sea creatures themselves, a promising technology that might unlock a lot of undiscovered ocean secrets.  If hurricane models are going to accurately project what will happen when a storm reaches the MAB, then they must take into account ahead-of-eye cooling. That means we need more data on how ocean temperature changes during the storm. What better way to accomplish this task than to enlist the creatures who are out in the storm already? At the end of the day, once we’ve successfully integrated the Cold Pool into hurricane models, we can look to the sea turtles that helped and say, “They Crushed it.”