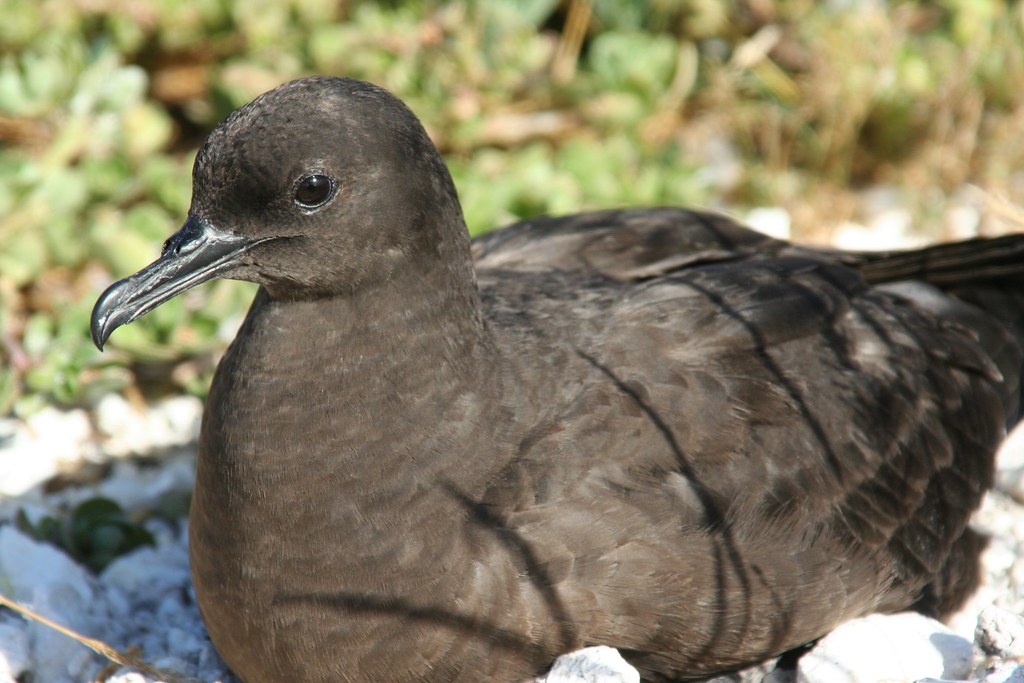 Understanding the diet of animals is vital for designing and evaluating the effectiveness of species conservation. Scientists don’t just want to conserve species’ habitat but need to also consider how their food source(s) are protected to ensure the longevity of the species. For the case of seabirds, this involves not just protecting the land the birds rest on, but also the vast ocean in which the birds forage. Dr. Nimz and fellow scientists based out of Hawai’i did just the investigation for a shearwater seabird that inhabits the Papahānaumokuākea Marine National Monument along the northwest Hawaiian island chain. 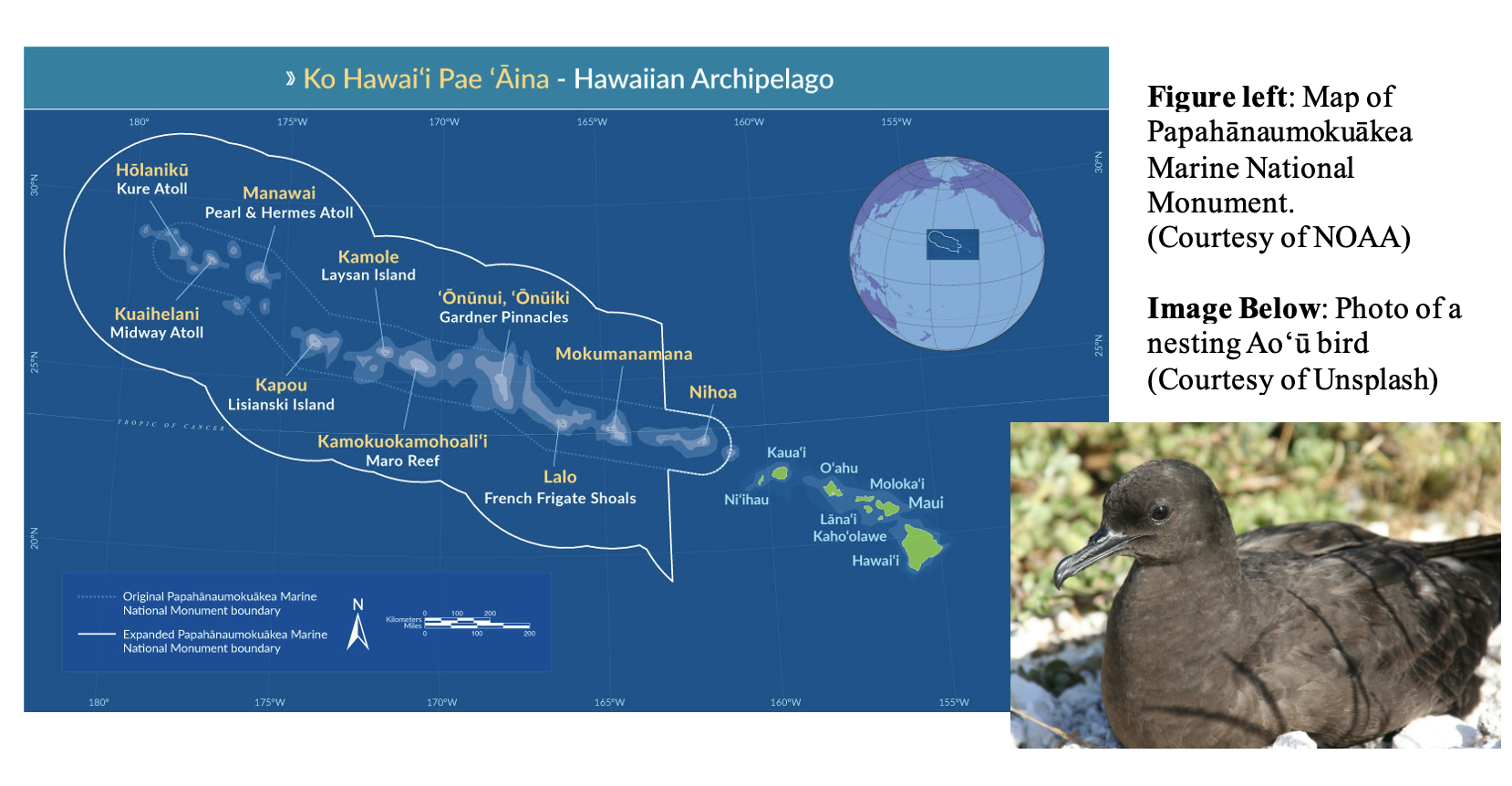 The Aoʻū birds or Christmas shearwater  (Puffinus nativitatis)  is a seabird that inhabits the furthest northwest Hawaiian island of Hōlanikū (Kure Atoll), which is part of the Papahānaumokuākea Marine National Monument (PMNM). They are medium-sized and chocolate brown with a black beak. Not much is known about these birds due to their very remote nesting habitat — amongst dense vegetation or within rock crevices on sandy, island beaches. Although the seabirds have a decent population size, currently at about 10,000 individuals, they are quite vulnerable to induced predators and invasive species, which they have not evolved to adapt with.

Diet studies on birds are notoriously difficult and tedious using traditional methods — either observing prey encounters or sorting through stomach contents to identify consumed prey. As you can imagine, the first can be painstakingly long, or infeasible, if the species has a very large area over which it forages. And, the latter is much faster, but only gives information on what hasn’t been totally degraded. For seabirds, stomach content degradation is especially high because of the extended periods of time they spend foraging, often multiple days, before returning to land for rest, meaning most prey items cannot be determined beyond “fish” or “squid”.

So, how did Dr. Nimz and colleagues learn what exactly the Aoʻū birds ate? The answer might make you a little queasy — by DNA sequencing what the birds regurgitated.

While the scientists were collecting basic information on individual birds, like sex, size, maturity, the scientists induced regurgitation i.e. barfing, which was scooped up using sterile gloves. A total of 94 regurgitation samples contributed to this study. Back in the lab, the scientists extracted the DNA from the regurgitated slew and sequenced it to understand what the birds had eaten.

An analysis of the bird regurgitation showed high species diversity, which suggests that the Aoʻū birds have quite a mixed diet of over 100 different species, mainly of fish and squid! Such a well-rounded diet suggests that the Aoʻū are generalist predators. The prey items mostly included different fish and squid whose habitats are also quite diverse spanning from reef associated animals to open water and even deep twilight zone fish! Although the Aoʻū are quite talented divers, they appear to predominately consume fish and squid associated with the surface waters. They have a particular appetite for flying fish and squid. The diverse diet of Aoʻū indicates that the birds have quite a broad foraging area utilizing many different types of ecosystems for resources.

This study by Dr. Nimz and colleagues is the first to document the diet of the indigenous Aoʻū, Christmas Shearwater. They show that the birds have quite a diverse diet in both what and where they eat! The prey items of the Aoʻū birds are similar to those of large predatory, and commercially harvested fish, like tuna and marlin. To ensure adequate protection of the birds, further studies need to understand how the Aoʻū birds may be indirectly affected by overfishing across the Pacific as well as the effectiveness of potentially extending the Papahānaumokuākea Marine National Monument to include their vast foraging zone.