Ballast Water – What is it?

Billions of tons of goods are shipped annually by sea.  These goods range from crude oil and petroleum products to dry goods.  Much of this transport is congested into a handful of primary shipping routes  and there are primary ports on each continent designated for on- and offloading of said cargo.  One of the main principles behind modern ship stability is the uptake and release of ballast water.  When a ship is in port and has offloaded tons of cargo, it may take on ballast water to maintain its same buoyancy in the water, or inversely, as a ship is taking on a bunch of heavy cargo, it may release ballast water.  In heavy weather and rough seas, a ship may want more ballast to add stability.  Or as a ship is using up fuel throughout a trip, it may take on ballast to counteract the weight loss.  These are just a few examples of an age-old concept that has been used in the trade industry for hundreds of years.

Of course, the system is not perfect and ballast water brings a few issues to the table as well; one of the main problems being the introduction of invasive, or non-native, species to a region.  While the uptake and discharge of water can aid in stabilizing a ship, it can also transport tiny aquatic organisms, ranging from plants and animals to microscopic bacteria, to a new region, often across whole oceans.  While sometimes these organisms may not survive the trip and there are no ill effects, there are cases where ones that do survive may wreak havoc on an ecosystem.  A prime example of this is the introduction of the zebra mussel to North America.

In this study, a group of French scientists looked at samples of ballast water from ships at two medium-sized ports, one on the Atlantic coast and another within an estuary of France – La Rochelle and Rochefort, respectively, to test for both pathogenic bacteria and toxin-producing micro-algae.   To put “medium sized” in perspective, La Rochelle imports over 3 million tons and exports over 2.3 million tons of goods annually.  These numbers result in approximately 920,000 m3 of ballast water being discharged in the port vicinity of La Rochelle alone each year.

These sites are important because of their close proximity to two important shellfishing areas, one of which is the most important oyster farming area in Europe, which lies south of La Rochelle, and the other is a large mussel cultivation area, which lies north.  Combined, these two areas produce 35,000 tons of shellfish annually, employ 6,500 people, and have around 300 million € turnover.  Shellfish closures due to ‘bacterial pollution or toxic phytoplankton blooms’  (that may have been introduced by discharge of ships’ ballast water) could cause both ecological and economic problems, as well as public health concerns.

The scientists took samples from anonymous cargo ships during 2010, 2011, and 2012.  They sampled 10 liters of ballast water as it was being discharged for phytoplankton that would be tested for known toxin-producing species, including certain dinoflagellates and the genus Pseudonitzschia.  Two liters of ballast water were sampled for bacteria, which would be tested specifically for the genus Vibrio.

The scientists used a MARS 2D mathematical model to see where the ballast water is likely to go once released from the ships.  Unfortunately, the model shows that in about 8 days time, the waters are likely to reach both the oyster beds and mussel longlines, which could be problematic if the ships are releasing waters with potentially toxic phytoplankton and pathogenic bacteria.  It is highly probable that past shellfish closures due to problematic phytoplankton and bacteria can be traced back to ships’ ballast.  More research is recommended to assess the issues of ballast water in all waters.  While many innovative treatments are currently being researched, global ballast water management is a tough issue to overcome. 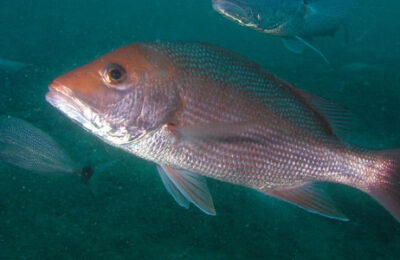