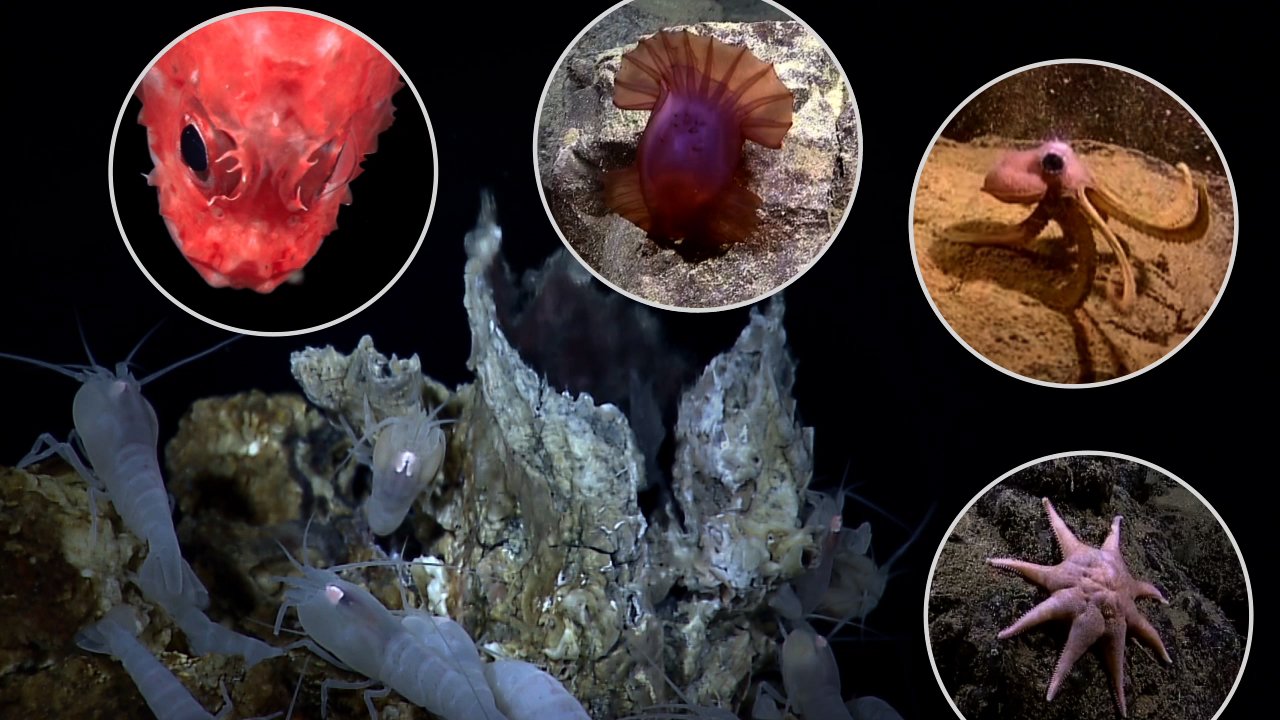 Hot, and not so bothered

Hydrothermal vents are chimney-like structures occurring at geologically-active areas of the deep seafloor including along edges of tectonic plates or underwater volcanos. Spewing from the vents is clear or black fluid that is rich in minerals and is extremely hot (you could consider them giant hot springs of the deep-sea). As towering and stable as the vents appear, they are actually quite dynamic. Over time, vents can evolve different fluid chemistry, seize activity and become “inactive”, grow with sporadic volcanic activity, and even simply crumble.

The conditions at the vents are some of the harshest on earth – incredible pressure, extreme temperatures, and toxic levels of chemicals and heavy metals – and yet the vents are packed with unique creatures who thrive in these conditions. At these depths, light cannot penetrate, so the creatures that live here must rely on energy from microorganisms who harvest the chemical compounds from the vent and convert them to food in a process called chemosynthesis. Additionally, life at the vent has evolved to recover from the natural perturbations by colonizing or settling from neighboring vents, referred to as recolonizing.

But what if disturbances at the vents are not natural? Would the community know how to respond? Industries worldwide are interested in exploiting the deep-sea vents for minerals – such as copper, zinc, gold and silver– that exist in high concentration in the fluid or the physical vent structures themselves and are in-demand for manufacturing of smartphones, renewable energy devices, and medical equipment. Some companies anticipate their activities will be fairly benign, like passively capturing vent fluid. Others plan to drill and trawl the vent structures likely disrupting the ecosystem and decimating the residents.

Characterizing life at the vent: a challenge indeed

Because we don’t know how resilient the animals are to unnatural change, it’s difficult to establish appropriate management strategies that protect the community while safely promoting industrial activity. Traditionally, scientists would observe and measure change at hydrothermal vents over many years by taking photographs and collecting specimen using submersibles including manned subs or unmanned remotely operated vehicles (ROVs). Unfortunately, repeated measurements at these remote habitats is prohibitively expensive: one day operating a manned submersible, such as Alvin, costs $45,000. The cost of deep-sea research challenges scientists to evaluate the resilience of hydrothermal vent communities at the pace of industrial advancements. This tricky situation has forced biologists to find new tools that can more rapidly and cost-effectively study vent communities.

Enter environmental DNA, aka eDNA, a cheaper, faster, and less intrusive way to observe biologic communities. As animals slough off skin cells, secrete bodily fluids, defecate, and decompose, they release DNA into the environment. Much like a forensic scientist investigating a crime scene, researchers can genetically sequence environmental samples (such as water, sediment, or rocks) that containing this molecular slew to see who was at the site.

Putting eDNA to the test

Cowart et al. (2020), a group of scientists from a major French oceanographic institute, IFREMER, aimed to evaluate the utility of eDNA to describe the animals that live at the Lucky Strike Hydrothermal Vent field along the Mid-Atlantic Ridge (the boundary between two tectonic plates in the Atlantic ocean), and measure how well animals recolonized after a simulated disturbance.

First, they used a ROV to reach 1,700m deep and collected initial eDNA samples to represent “pre-impact” conditions at both inactive and active vents of Lucky Strike. Then, using the arms of the submersible, they collected all animals, and scraped and cleared the surface of ten 50×50 cm plots to mimic a small-scale disturbance. 13 months later, the researchers returned to Lucky Strike to resample eDNA and see who recolonized the experimental disturbance plots.

Using eDNA, Cowart et al. detected every animal known to occur at both active and inactive vents while revealing even more species than with traditional sampling. Cowart’s study was one of the first to investigate inactive vent biodiversity specifically and showed inactive vents are more diverse, in terms of number of species, because the less harsh conditions are tolerable for both vent and non-vent animals. Additionally, inactive and active vent communities are home to species that occur only at one type of vent. The distinct communities found on active and inactive vents suggest hydrothermal vents need to be managed differently based on their geologic activity.

The recolonization experiment revealed different results between the two sampling methods where few species seemed to recover with animal collection surveys, but all species recovered when observed in eDNA surveys. Some reasons for this methodological difference include failed collection of all successfully colonized animals, mixing of water (and DNA) between plots, or preservation and detection of DNA from before experimental disturbance in secondary sampling. All possible scenarios would blur the true signature of recolonization making it difficult to describe the recovery of animals at Lucky Strike Hydrothermal Vent. The authors suggest continuing to use both traditional and eDNA methods in subsequent surveys to narrow down the possible explanations and improve the utility of eDNA.

Cowart et al. have paved the way for rapidly and cost-effectively studying remote hydrothermal vent communities. They show eDNA is a very powerful tool for describing pre-mining biodiversity by capturing hidden biodiversity and defining unique habitats within this ecosystem. However, with the ultimate goal of informing management and conservation, more studies are needed to understand disturbance recovery and how eDNA can measure recolonization of animals to hydrothermal vents. 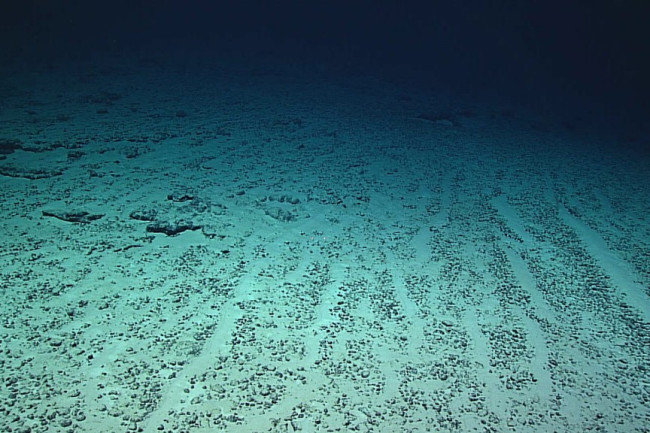