Ever wonder why many sharks have a nice white belly? It is a type of camouflage: when viewed from above, the darker back and sides look like the darker water around the shark but when looking up at the shark from below, the white underbelly looks like the sun shining through the ocean water above (Figure 1A).  The ocean is full of animals with other types of camouflage techniques. Some animals blend in seamlessly to the sandy seafloor, their favorite spot on a sponge, or even floating algae (Figure 1), all so they can either avoid being seen by their predators or so they can better sneak up on prey.

But some places in the ocean are a little harder to hide in. Much of this camouflage relies on a complex background, which breaks up a silhouette of an animal and confuses the onlooker (similar to how army camouflage uniforms work). It is much more difficult to hide in plain sight in an environment devoid of structures. This is just the case for pelagic (open ocean) animals living in the deep sea. Both the surface and the bottom can be hundreds of meters away from the animals living here, giving these creatures no background environments to hide against. Another complication: because these waters lie so far below the surface, there is very little sunlight that makes it down to these depths (less than 1% of sunlight we see at the surface of the ocean makes it down to 200 m, where the deep sea begins). Actually, that 1% of remaining light makes blending in even harder! These waters are known as the “twilight zone” because the dimly lit water resembles the night sky just after sunset before everything turns pitch black. This amount of light makes camouflage difficult for deep-sea animals, which can create obvious silhouettes easily seen by the sensitive eyes of predators.

So how do these animals blend in to such a tricky background? By becoming invisible! While you may have thought of this idea on your own as a kid playing hide-and-seek, a group of deep-sea crustaceans has actually evolved in a way to make this a reality. Hyperiid amphipods are small crustaceans, distantly related to shrimp. Although found at all depths, their adaptations to the deep sea are particularly remarkable (some of which have helped to inspire the look of aliens in movies!).  In addition to remarkable visual adaptations (like large eyes specialized for seeing in the dimly lit water of the deep sea), many hyperiid amphipods appear transparent or invisible (Figure 2). Of course scientists were eager to find the secret behind these tiny invisibility cloaks.

The researchers examined seven species of hyperiid amphipods using a scanning electron microscope, (an extremely high resolution microscope), to examine the surface of the amphipods’ “shells” (called a cuticle). Upon finding that the cuticle was not smooth, but rather, covered by millions of tiny structures, they decided to examine how the microscopic surface of the cuticle may affect transparency. To do so, they modeled how the microscopic structure of the cuticle would impact the visibility of the amphipod when hit with light from different angles typically present in the deep sea. The model compared these results to a smooth, clean cuticle structure to see if the structures helped to reduce the amphipod’s overall visibility.

Why does cuticle structure impact visibility?

To answer this question we must first revisit a key physical concept at the core of vision. We see objects because of light reflection and refraction. When light travels through one medium (air) and hits another medium (like a solid object), the light changes speed- it “bends” (i.e. is refracted), and is reflected back into our eyes. To visualize this phenomenon, you can place a pencil in a transparent glass filled halfway with water. When you look at the place where the pencil meets the water, the pencil will appear to bend. This is because light travels at different speeds (called the “refractive index”) through air and water and the light is therefore reflected at different angles once it hits the pencil.

This changing of the refractive index is also what causes animals in the ocean to be visible. By minimizing the difference in the refractive index between the ocean water and the solid cuticle surface, the amphipods may actually be able to reduce the silhouette they would create. In other words, if the amphipods evolved a cuticle structure that would stop light from drastically bending upon hitting them, they could essentially become invisible.

The amphipods’ cuticles were covered with millions of microscopic structures, predominantly found on the legs. Some were part of the cuticle- “nanoprotuberences”, while some amphipod cuticles were covered with another layer of small cells (termed ‘monolayer of cells’), which may be a type of symbiotic bacteria. In both of these cases, the amphipod shell is covered in millions of structures that are mere nanometers in size (that is about 1/100,000 of the width of a human hair!). These miniscule structures slow down the speed of light hitting the amphipod more gradually than if light were to move directly from water onto a smooth shell. In fact, when modeled, it appears that at the light levels present in the deep sea, these nanoprotuberences and monolayers of cells can reduce the reflectance of light by as much as 100-fold! This means that the light is minimally refracted and reflected into the eyes of nearby predators, effectively rendering these hyperiid amphipods invisible.

While other animals have evolved different ways to camouflage themselves in the deep sea (such as having reflective, mirror-like sides or using bioluminescence to match the light in the water) these hyperiid amphipods have certainly outdone themselves. By seeing how animals have evolved to solve different problems, we can find creative solutions to different problems in our own lives. Who knows how humans may adapt the amphipod cuticle structure for use in invisible armor for solders, anti-reflective coatings, or even as a prop in a live action remake of Harry Potter with a working invisibility cloak! Have ideas on how we could adapt this research? Tell us in the comments below! 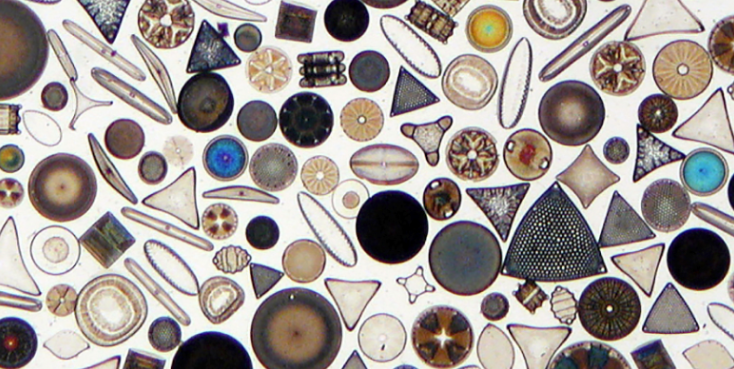 One thought on “Now You See Me, Now You Don’t: Using an Invisibility Cloak for Deep-Sea Camouflage”