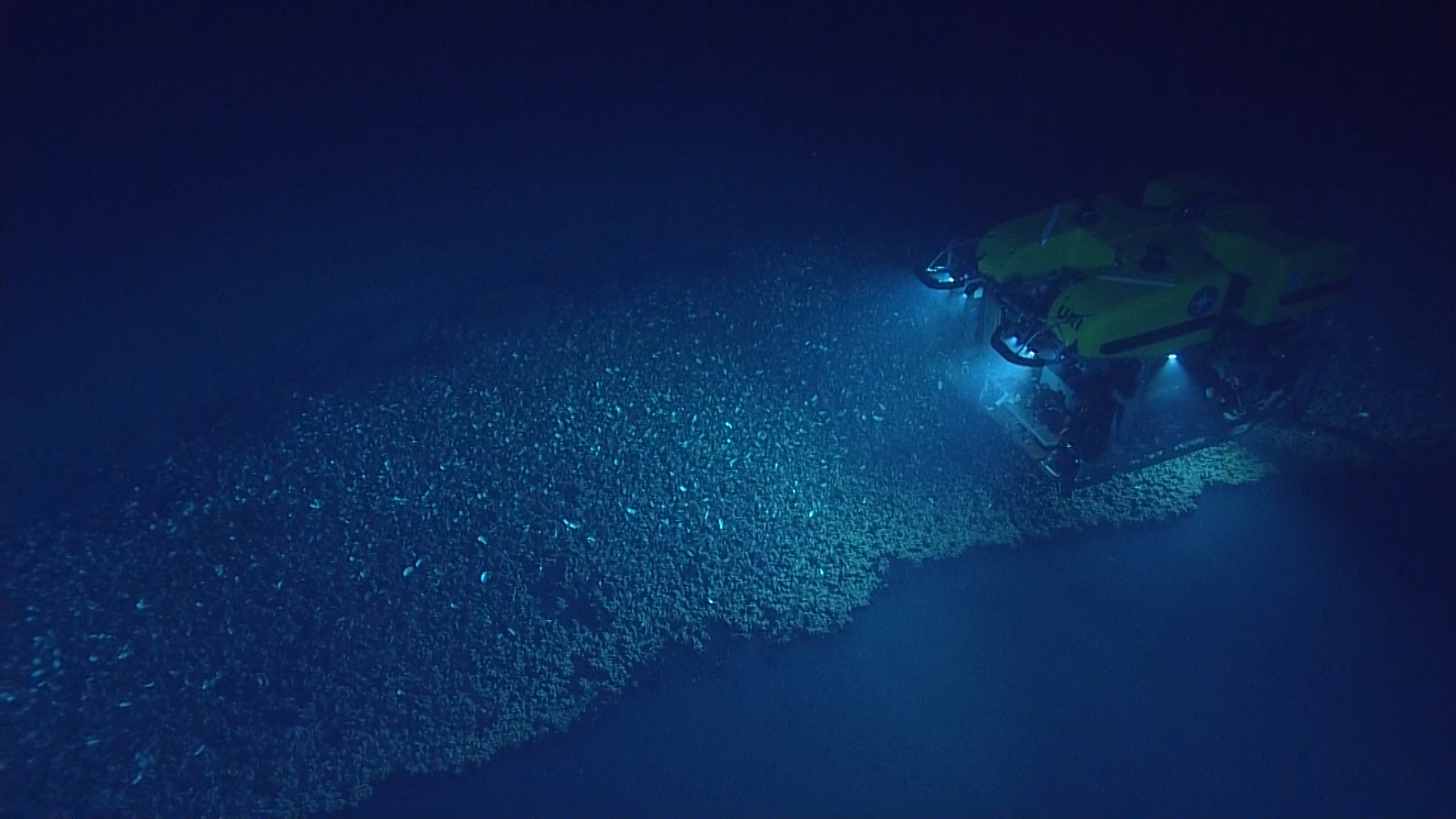 The deep ocean remains an exciting frontier for exploration.  With a shocking 95% of the ocean yet to be explored, ocean exploration is critically important to understand our vast and complex ocean and improve our lives and livelihoods.  While we explore to go beyond what we know, to try something new or to push boundaries, there are also many practical, societal benefits that can come from a better understanding of the ocean.  For examples, chemical compounds found in deep sea animals could be used as treatment or cures for diseases and understanding how life exists in extreme conditions helps us better understand life on our planet, and can also help us look for life on other planets.

Earlier this year, I wrote about a few ocean exploration expeditions that are helping us learn more about these unexplored areas.  A key technology of deep sea expeditions are remotely operated vehicles or ROVs.  These are essentially remote-controlled robots that can collect samples and record high definition footage.  Thankfully, more and more of these feeds from the deep are being made available to be streamed in real time!  For those of you that couldn’t watch every single second, here’s an entirely subjective countdown of the top five deep sea exploration highlights of 2017 (so far):

There are many otherworldly features in this highlight reel compiled in the Gulf of California around hydrothermal vent ecosystems.  Many of these ecosystems often exist without sunlight, using other chemicals such as sulfide as the basis of life.  One characteristic of these dramatic hydrothermal vent systems is mineral-rich seawater heated by magma, spewing out of the Earth.  Minerals that precipitate out of the water can form geological formations that are sculptural.  However, the head-scratcher is this soft looking purple-indigo carpet.  The carpet turns out to be made up of single-celled organisms known as ciliates.  There are around 8,000 species of ciliates, but they have one thing in common: they have stubby hair-like structures called cilia during at least some part of their lives.  They wave these cilia to propel themselves or draw in seawater to gather food.  One of their more distinct biological characteristics is that they have two types of nuclei, as opposed to one type.  Nuclei are the organelles or compartments in the cell that hold and protect most of an of an organism’s DNA.  While this colonial species looks pretty sedentary, by grouping together, they form the most mesmerizing living purple carpet.

This stunning footage of a football-sized vampire squid was spotted by the E/V Nautilus’ Corps of Exploration about a mile deep off the Pacific coast of Mexico.  While it’s called a vampire squid, it’s neither a true vampire nor a true squid.  Its billowing “fang”-lined webbed arms reminiscent of Dracula’s cape, and deep blood-red colour initially led researchers to believe it sucked blood from its prey.  However, the vampire squid is not an active predator.  Rather, it prefers to dine on marine snow–bits of drifting plankton, decaying organic matter, mucus and bits of feces–by using two retractable filaments that can be 8 times longer than its body!  By scraping the filaments against its mucus-covered arms, it accumulates particles of marine snow into a mucus blob, then uses its beak-like jaws to eat it.  The sensitive filaments also do double duty as a predator detector.  Vampire squids generally don’t have to worry too much about predators since they live in areas with very low oxygen that other animals have trouble withstanding.  However, they have an escape strategy: much like a squid inks, they can emit a glowing mucus cloud from the tips of their tentacles to distract predators.  The mucus can remain glowing for up to 10 minutes, giving the vampire squid time to make a getaway.

All animals have adaptations that allow them to survive and thrive in their environment.  The armoured sea robin is no exception–rather than swimming as other fish do, they walk!  This particular one was spotted taking a stroll in the middle of the Southern Pacific Ocean near American Samoa.  While sea robins don’t have legs per se, their fins have been highly modified to allow them to ‘walk’ along the bottom of the ocean.  Fish fins that we are usually more familiar with have ‘spines’ or rays that are connected by a membrane; however, in sea robins, the first few rays are free.  They are also heavily armed with bony plates adorned with spines for protection and they boast white comb-like whiskers or barbels that they use to sense their prey.

Occasionally, footage of something seemingly bizarre baffles the public and freaks out the media.  Such is the case of a “mysterious ocean blob” that was spotted off the coast of the UK in 2012 at about 5,000 ft (1500 m) deep.  We now know that it was an extremely rare deep sea jellyfish known as Deepstaria.  This year, one was filmed off the Pacific coast of Mexico using HD cameras of underwater robots and a special low light camera designed to capture bioluminescence.  Unlike better-known jellies, the Deepstaria jelly has a unique shower cap shape and distinct ‘wire-netting’ or ‘mesh’-like pattern on its body.  This is the jellyfish’s digestive tract, a branched system of canals that transports nutrients around its body.  The green lasers shown in the video are 10cm (~4 inches) apart so you can get a sense of how large this jelly is.

In one of the craziest deep sea predation events ever recorded, here is a shrimp pulling down an unwilling fish, picking at its side and pulling out another fish out of the bigger fish’s stomach.  It’s a little gruesome, hence the Parental Guidance rating.

NOAA’s Okeanos Explorer is still out diving this year–maybe even as you’re reading this–so be sure to tune in to follow along!

Honourable mention: This Venus flytrap anemone and this grumpy looking sea toad filmed in 2016 but posted in 2017. 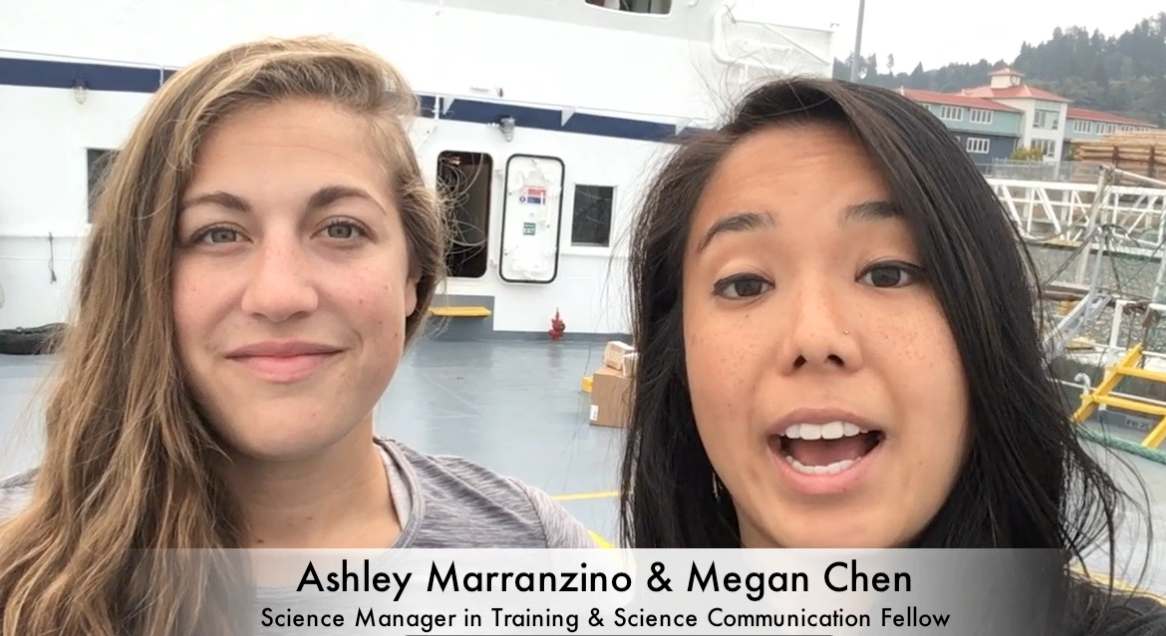