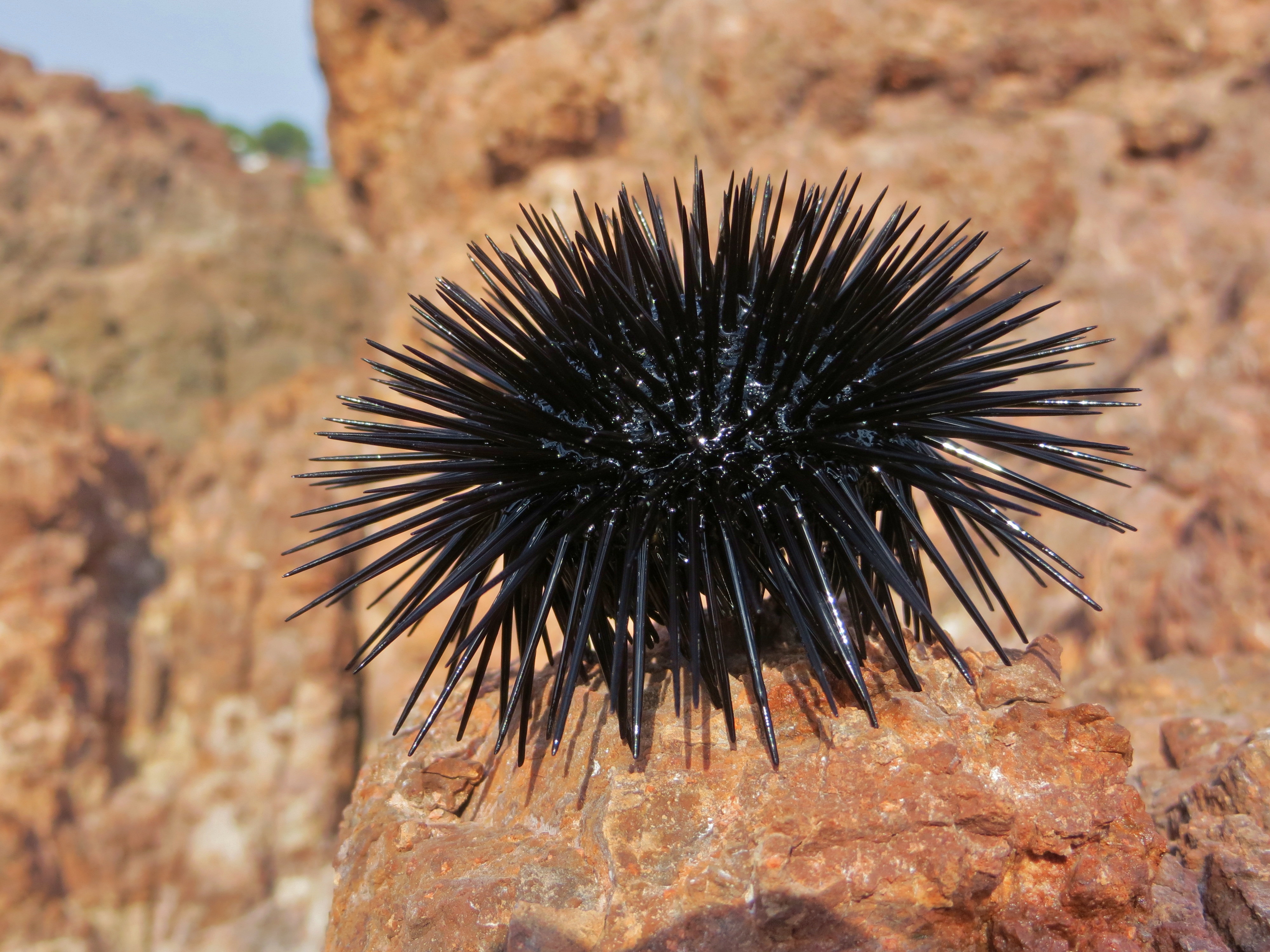 The ocean is full of noises–from waves crashing and rain falling to ice shifting and water currents flowing. But in the past few centuries, manmade noises entered the marine environment and disrupted many organisms large and small. Vessel traffic in particular has made it difficult for whales to hear each other, for dolphins to find mates, and for fish to find food. Even sea urchins are sensitive to ocean noise. Vazzana’s team wants to determine how ocean noise impacts urchin species Arbacia lixula (Figure 1).

How do you find out if urchins are affected by ocean noise? It’s not as straightforward as observing the physical behavior of larger marine mammals in response to noise. You can’t really tell how an urchin reacts to noise based on their physical behavior, so Vazzana’s team had to get creative. The team found that they could look at changes in protein expression and enzyme activity to see how urchins respond to manmade sounds in the ocean.

After collecting 16 black sea urchins, Vazzana’s team placed them in two  aquarium tanks. One–the experimental tank–was exposed to high frequency stimulus for three hours. Second–the control tank–was not exposed to noise. This experiment was repeated three times. To assess protein expression and enzyme activity, the team extracted cell-free coelomic fluid from the urchins before and after the experiment. Coelomic fluid is a liquid that fills the urchins’ body cavities and contains genetic material, enzymes, and other substances.

From the coelomic fluid, the team found out that the urchins did, in fact, respond to the high frequency noise. The activity of some enzymes increased in the urchins that were exposed to noise. The team also looked at specific genes and found that HSP70 was expressed more in the urchins that were exposed to the noise. Based on studies of other marine invertebrates, HSP70 is shown to be associated with stress, so Vazzana’s team suggests that the black urchins are stressed by the ocean noise. Genes like HSP70 can potentially be used as biomarkers in future studies, helping to find noise-sensitive organisms.

Vazzana’s study not only shows that coelomic fluid can be used to assess invertebrates’ response to ocean noise, but it also indicates that even sea urchins are stressed because of the acoustic environment. Unlike whales and dolphins, sea urchins cannot swim away to escape loud manmade ocean noises. The urchins are clearly stressed, but further research needs to be conducted to show how ocean noises impact the black sea urchins’ life cycles. We are only beginning to figure out how noise pollution impacts the world around us.