Perfluoroalkyl substances (PFASs) have been extensively manufactured since the 1950s. They have unique properties, such as extreme stability (because the bond between carbon and fluorine atom is hard to break) and are both hydrophobic and lipophobic (they do not like to stay in either water or oil).  Thus they are ideal for paper and textile coatings (so that you don’t get a greasy hand after eating a burger and a sofa looks less nasty if you dropped that burger on it). They are also great surfactants and foams to extinguish fires involving highly flammable liquids[1].

Although we can be grateful to all of the benefits that PFASs brought us, we were never aware of the negative side of such a large consumption of these chemicals until they were detected in the environment, wildlife and humans. Concerns arose as toxicology studies on lab animals implied that they cannot be called intoxic, in other words, we may need to be concerned.

So how did these chemicals reach the environment (air, soils and sediments, freshwater, coastal waters, remote ocean waters and biota)? They were released through direct discharges at production sites (such as wastewater from factories and those evaporated into the air from chimneys) and through the disposal of PFASs containing products (that they were buried or burned with other garbage).

The deep ocean does not sound like the destination for these chemicals, however, previous studies found organochlorine compounds and anthropogenic trace elements in the Cap de Creus Canyon, which is a submarine canyon located in the Gulf of Lion, Mediterranean Sea (Figure 1). The sediment on the canyon slowly accumulates chemicals by receiving sinking particles to which PFASs are attached to. After extreme atmospheric events, such as a large storm, the sediment particles can be resuspended and then enter super saline Mediterranean water. Due to the high density of this water mass, it travels to the deeper ocean, bringing with it particles newly suspended from the shelf.

Sediment traps (cylindro-conical collection funnel and 12 polypropylene collecting cups) were set 25m above the bottom for collecting sinking particles in the winter 2011-2012. After collection, samples were wet-sieved through a 1 mm nylon mesh to retain the largest fractions. The sample was then divided into 3 equal wet aliquots for PFASs, grain size and organic carbon analysis.

5 out of 21 PFASs were detected in samples indicating that PFASs were bound to settling particles. Concentrations were at a level of ng g-1 and comparable to those found in marsh sediments and other coastal environments; this further suggested that detected PFASs originated from the sediment.

Winter 2011-2012 experienced several high-energy events and this lead to resuspension of sediment particles into deep ocean. At the beginning, several minor winter storms advected shelf sediments and those particles resided at 300 m below surface on the canyons. Shortly afterwards, strong cold and dry northerly winds significantly increased the density of surface shelf waters (heat loss and enhanced water evaporation caused water to be colder and saltier). This dense shelf water cascaded downward the slope and transported sediment particles to below 1000m depth.

Many of us believe that the deep ocean is pristine and not affected by any human activities; the fact that pollutants such as PFASs can reach deep ocean gives us a warning sign. It was estimated that around 60 kg of PFASs was transported during the sampling periods. Although this is not a large number, considering the fact that the calculation was only based on the particle bound phase of a single group of compounds in a single winter, the total transport of pollutants to deep water worldwide can be even greater.

Tell me what you think:

There have been many other cases when we put chemicals into use without being aware of their potential hazards (DDTs, PCBs, PBDEs, PFASs, etc). Now they are ubiquitous in the environment and it is impossible to retrieve them back once we throw them in there.  Besides, it takes considerable amount of time and money before these chemicals get cleaned up.

What can we do to prevent such problems from happening again? 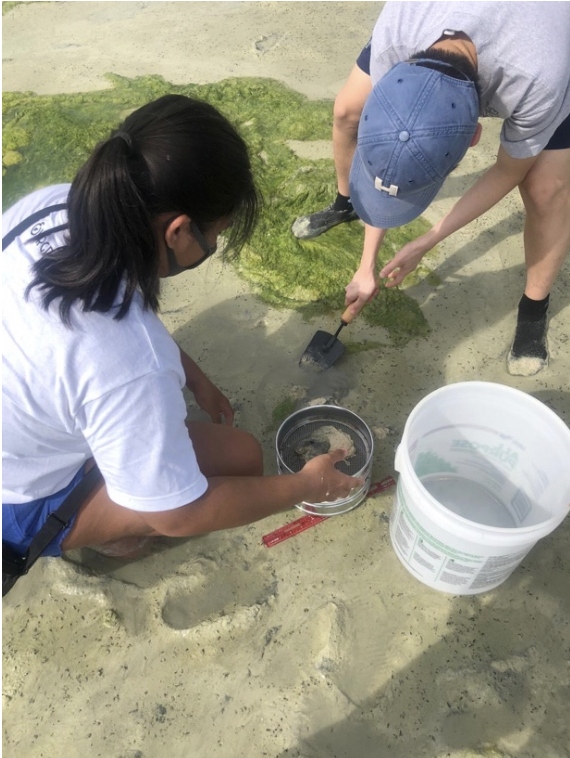