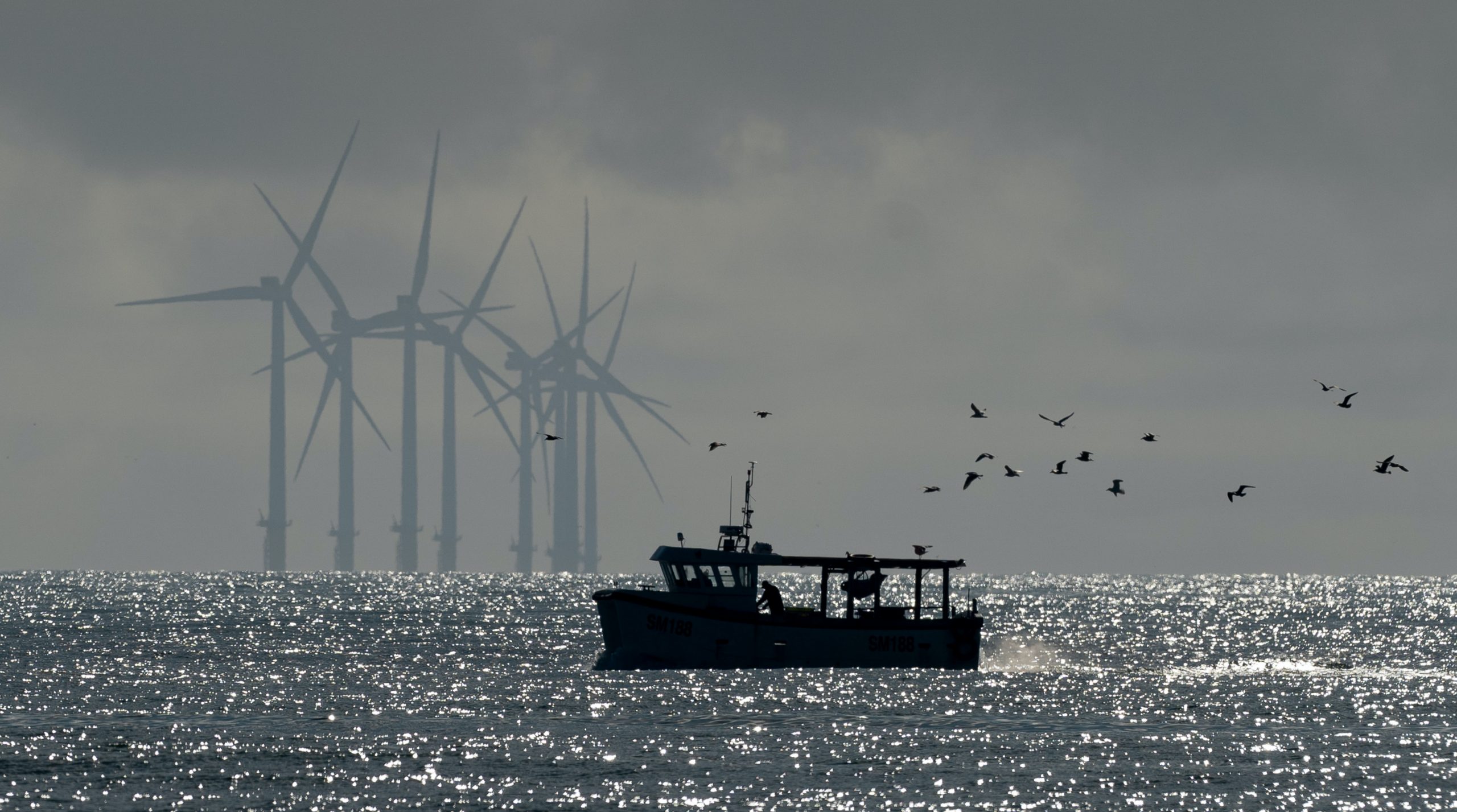 Thirty for the future

If you’ve been paying attention to the new U.S. presidential administration’s environmental management plans recently, you’ll have seen the number 30 showing up a lot. President Biden has announced intentions to protect 30% of terrestrial lands and 30% of US waters by 2030. To that, he’s added yet another 30: 30 gigawatts of offshore wind energy. And just yesterday, the administration announced approval of Cape Wind, a major installation off the coast of Martha’s Vineyard.

Offshore wind energy has been an increasingly attractive option for renewable energy around the world. In offshore wind farms, turbines are installed far from shore to gather energy from prevailing winds. Europe, China, and the UK are currently leading the way in offshore wind farms, but the US is gaining speed. There are already two offshore wind sites in operation off the US coastline, and multiple projects lined up for installation and production.

Biden’s plan for 30 gigawatts is likely to accelerate this already-growing renewable energy sector.

The potential to draw from renewable energy sources offers a pathway to reduce carbon emissions and some hope towards slowing the climate change trajectory we’re currently on. Offshore wind has a role to play.

But there are concerns that not everyone is going to like this.

Offshore wind in a busy ocean

When you gaze out to sea, it can feel like the ocean goes on forever. And when your view is just ocean— no passing cargo ships or fishers or recreators— you can start to believe that it’s an empty ocean, a vast and uninhabited expanse.

It’s a misleading image. In fact, oceans are busy places full of human activity. Vessels track back and forth across the ocean, pursuing fish or carrying cargo. The seabed is transected by fiber optic cables and undersea pipes; the continental shelf is dotted with oil rigs. Boaters and swimmers and surfers and fishers populate waters closest to the shore. Alongside all this human activity are, of course, the non-human ocean inhabitants— the whales and algae and jellyfish and microbes that are part of this bustling ocean.

Oftentimes, uses of the crowded ocean overlap with each other. When they do, conflict can arise.

As plans for increasing offshore wind have picked up, so has attention to how this ocean installation will impact or conflict with communities around turbines. One of the major concerns surrounds commercial fishing, since turbine installations cut into the space fishers need to deploy gear for a commercial catch. A lot of research, government work, and media attention is focused on this commercial fishing conflict.

In a recent study, researchers turned their attention to impacts of turbines on one as-yet-overlooked part of the ocean community: recreational fishers.

Recreational fishing is an important part of the seascape. For one thing, it’s a way for people to connect with, enjoy, and learn about the ocean. It also offers sources of employment, as people provide gear, boat rentals, or fishing guidance. And it’s an industry on the rise, with more people taking saltwater fishing trips and finding employment in this sector year by year.

Working with local fishing associations, researchers reached out to anglers and spearfishers, as well as people in the business of supporting recreational fishing, like tackle shop owners and charter boat operators. They queried fishers on their experiences and perceptions of the wind farm.

They found that, on the whole, recreational fishers had positive experiences with Block Island Wind Farm. Early in the wind farm’s existence, many of the fishers had oriented their fishing trips around the wind farm, making a point of visiting and checking out the turbines. Turbines served as a landmark around which the fishing trip could be organized.

Fishers also felt there was some benefit to their catch. The turbines, they argued, serve as artificial reefs. The structure attracts fish, so the fishing was better there than in the open ocean.

Plus, they thought the turbines were visually appealing, and a symbol of positive advances in US energy systems.

Respondents raised some concerns for the future, too. They worried that, while the wind farm was pretty quiet now, it might start filling up with more and more fishers in the future. There were also concerns that, while recreational fishing is allowed now, it could be shut down to make way for construction as offshore wind energy expands. Plus, early enthusiasm about visiting the turbines began to wane as they became an accustomed part of the seascape.

A small caveat, and a big one

It’s important to note that these responses reflect a small percentage of the overall recreational fishing population. Only about 9% of the surveys sent out were completed. This is the problem with surveys— researchers can do their best to contact a representative sample of fishers, but they have no control over who responds. Plus, little demographic information was gathered, so it’s hard to know what communities under the umbrella of “recreational fishing” were represented by these responses. With more responses, it could become clear that views on the wind farm are less positive than we think.

It’s also the case that wind farms only serve as a partial solution to reducing carbon emissions. Addressing energy consumption is a crucial part of addressing climate change— especially in the U.S., where we consume more energy per capita than most other nations. But oftentimes, we focus on technical solutions to create more energy, instead of thinking about the harder systemic changes needed to reduce the energy consumption.

Take recreational fishing, for example— the people in this survey were positive about developing offshore wind, but would they be as positive about reducing the number of fishing trips they took to limit fossil fuel consumption? For many of us, that’s a much harder choice to make. But to truly reduce carbon emissions, these are the kind of choices we’ll have to make.

So while survey results indicate a positive relationship between recreational fishers and offshore wind, we still have a long way to go in finding ways to live sustainably with the ocean. 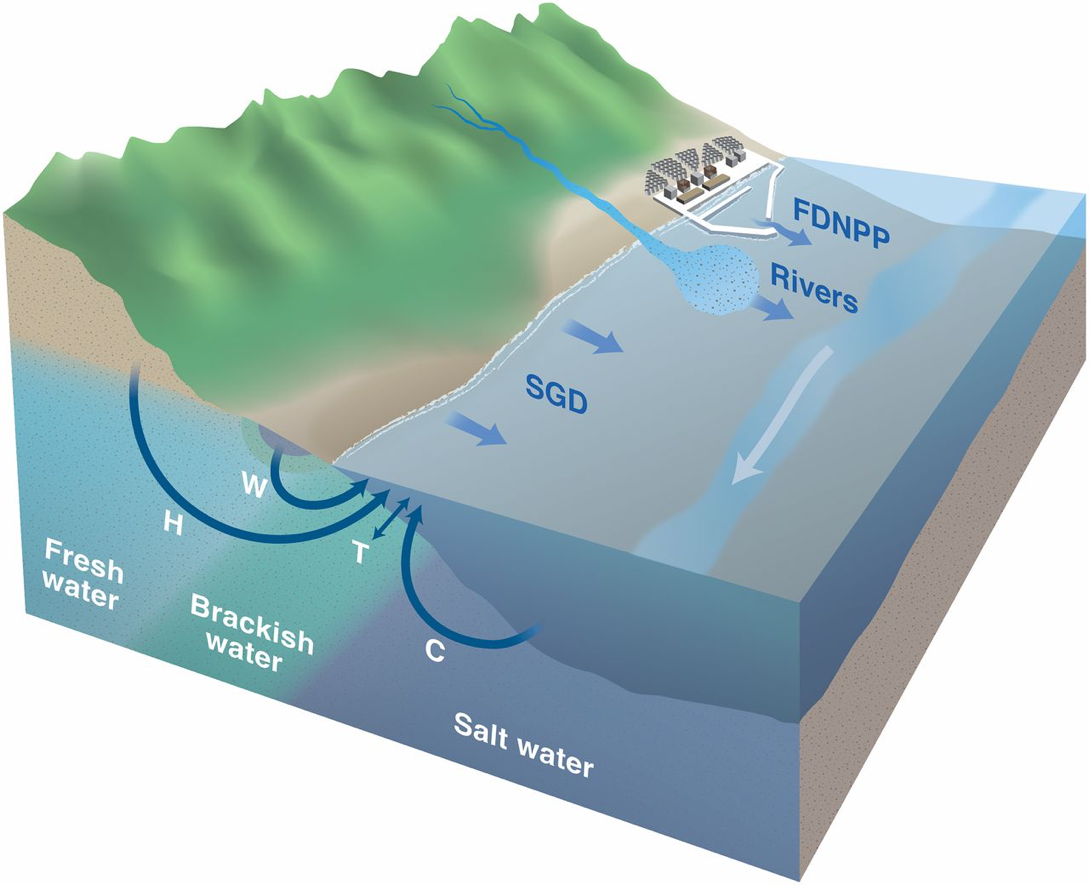