Remember, remember the 13th of November…

Although it’s not quite time for another round of sweeping national and regional elections, November is still an important month this year, for fishermen and seafood lovers alike; on November 13th, the Atlantic States Marine Fisheries Commission will discuss how to manage menhaden, a type of small fish eaten by many other larger fish like tuna or cod. The panel is seeking to figure out whether menhaden should be managed as a species by itself, or if its importance as food for other animals should be taken into account when setting fishing limits. The discussion comes at a time when menhaden populations are booming along the US eastern seaboard, leaving some to say that more menhaden can be caught and sold for use in fertilizer, animal feed or dietary supplements. However, many argue that because menhaden support higher trophic levels like whales, sharks, or larger game fish,  menhaden shouldn’t be overfished so that they can keep supporting animals higher on the food chain whose populations may be stressed by other factors.

Adding facts to the conversation

Recent work by researchers from Canada adds important information to this conversation about management. A team from the University of Manitoba in Canada looked at how animals high in the food chain rely on a specific small prey fish, the capelin, over the course of a summer off the northeast coast of Newfoundland; capelin are important prey fish just like the aforementioned menhaden.

The team took blood samples from captured gulls and Shearwaters, as well as small skin samples from humpback whales; the samples taken were all taken in small amounts and didn’t harm the animals. The samples were taken over July and August of 2016 during times when capelin gather in large numbers to reproduce.

The blood and skin samples taken were then analyzed for stable isotope signatures; stable isotope analysis is a way to assess what a given creature has been eating by looking at the chemical makeup of carbon and nitrogen in its tissues and comparing this to possible food items.

All elements (like carbon, nitrogen, sulfur, etc.) exist as a mix of several different isotopes in the environment. Isotopes of an element differ in the number of neutrons each atom possesses; the atoms with more neutrons are just a teeny bit heavier than the atoms of the same element with one less neutron. For example, nitrogen exists in the environment mostly as a mix of  Take home message: stable isotope analyses are great detective tools to figure out what a creature has been eating and where by comparing carbon and nitrogen content within a food web.

The researchers found that gulls, Shearwaters, and whales all increasingly relied on capelin over the course of July and August 2016 as capelin abundance increased, meaning that the diversity of their diets decreased and their stable isotope signatures became more alike over time as they all gorged on capelin in the region.

The shifting stable isotope signature of these creatures over the time period examined highlights the importance of forage fish like capelin to food web structure and health; when forage fish are present, a lot of different creatures heavily rely on them for food. Birds, mammals, and larger fish all rely on the predictable booms of these tiny creatures, so any action that removes or depletes forage fish stocks could have undue impacts on bigger and more familiar creatures that we rely on for food and tourism. Forage fish management therefore should proceed with caution and solid data, to ensure that humans and marine creatures alike can reap the benefits of healthy forage fish stocks for years to come. 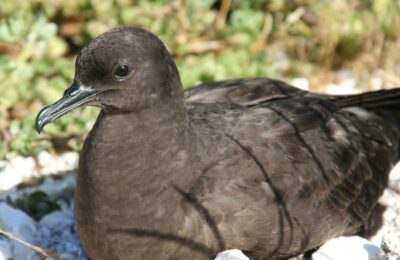