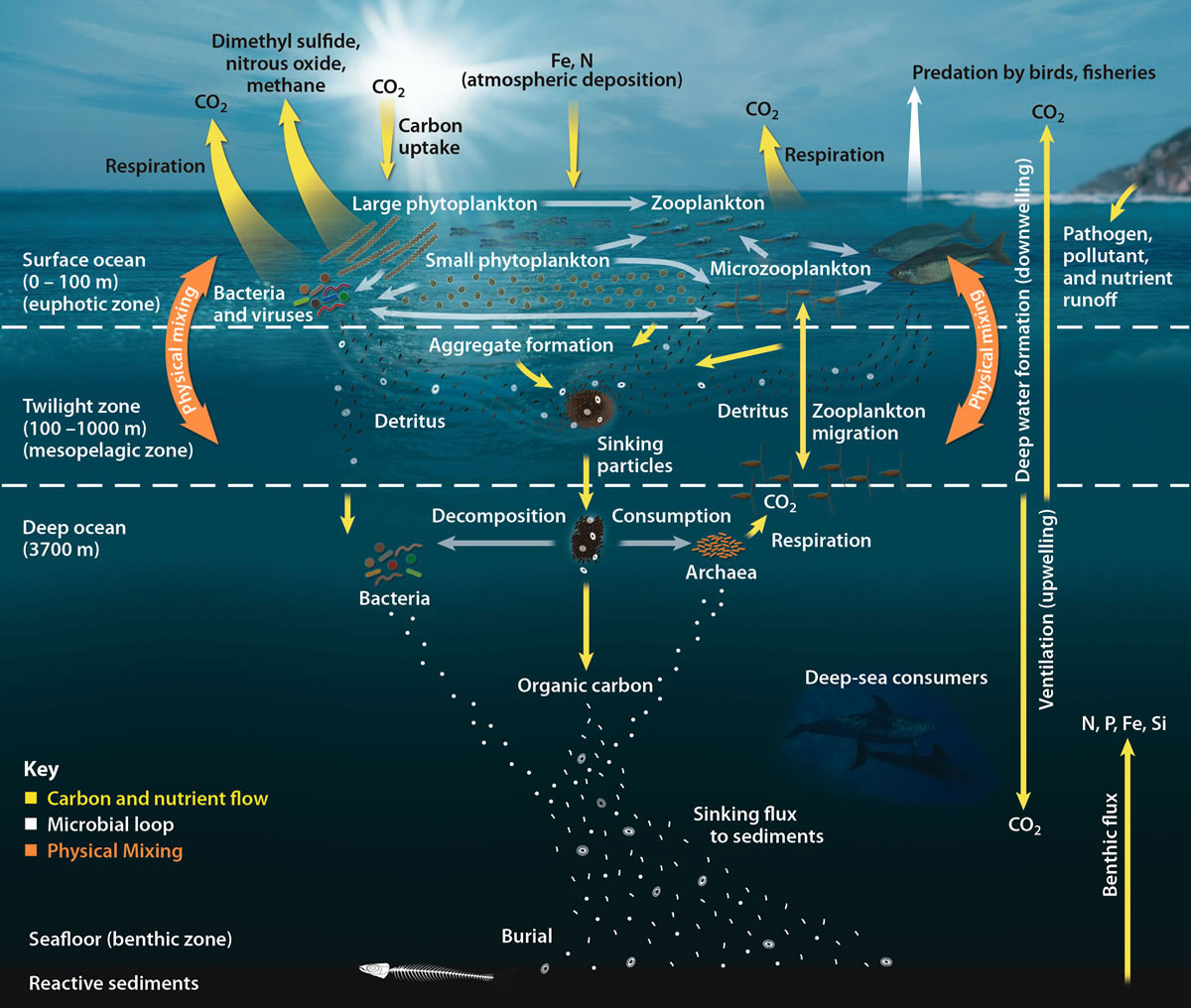 While we know that shrinking ice caps translate into rising sea levels, researchers are still struggling to understand how increasing temperature and ice loss will affect the stability and structure of Arctic food webs. Although the Arctic is the scene of most rapid change in response to climate warming, our lack of understanding of how Arctic food webs will change is worrisome.

Arctic fish species in the Norwegian and Barents (NorBar for short) Seas, especially those that depend on ice coverage, are predicted to be the most adversely impacted by rising temperatures. For example, cod have started migrating north with rising temperatures. Other fish such as blue whiting and mackerel are expanding their populations east and north because they benefit from rising temperatures and increased primary production associated with reduced ice coverage. If you think about the hundreds of other Arctic fish species, the task of predicting how Arctic food webs will change with increasing temperature seems overwhelming. And it is, because we do not fully know the biology of each and every species. If we don’t know how every single species, especially those of economic importance, will respond to climate change, how do scientists give realistic future projections of the consequences of ocean warming?

The present study’s goal was to advance understanding to generate projections from the years 2014 to 2100 of the impacts of future change in the NorBar Seas. The NorBar Seas represent two ecoregions subject to increased northern inflows of warm, saline Atlantic waters that are driving warming in these seas. This ecoregion is ecologically and economically important due to the multitude of seasonal migrations of fish that are vital to fisheries management.

A way to fill knowledge gaps

As a first step to address knowledge gaps, scientists can use dynamic models based on data collected from systems of interest, to build a baseline of understanding of how an ecosystem and its major players-primary producers, decomposers, herbivores, carnivores-respond to environmental change. Climate change is expected to impact fisheries, and so many models are constructed to address potential long-term impacts on fish. Food web models of marine ecosystems can be constructed with data from fisheries surveys and biometric fish data, such as biomass, length, juvenile and adult mortality rates, and diet composition. By using previously collected data and known temperature tolerances of species, researchers can then predict future marine food-web structure using projected temperatures for the coming century.

To build their model, the researchers included fish biomass, which is the total mass of an organism in a given area or volume, fish catches from scientific fishing trawls, and fishing mortality of the following commercially-important fish species: cod, herring, haddock, and capelin, as well as primary producers such as phytoplankton, and top predators, including mammals and sea birds.

Since many fish species undergo changes in their feeding behavior during their lifetime, the researchers split their model fish species into 2 life history stages: juveniles and adults. By dividing the fish into these two boxes, the model was able to account for life-stage specific differences in habitat and diet of each species. The researches also chose this division because adult fish are more important to fisheries and are subject to higher catches and mortality. Juveniles, on the other hand, tend to experience higher natural mortality and have different consumption rates, diets, and predation pressures.

The next step of constructing this dynamic ecosystem food web model involved the incorporation of water temperatures recorded from nearby oceanographic stations since the 1950s. Temperature is important because species have individual thermal ranges, and by incorporating predicted trends in ocean temperature, the model could project the survival of juvenile and adult cohorts of various species.

The researchers tested the model hundreds of times by running it with different initial conditions and climate scenarios. Many models are sensitive to initial conditions, and so each time the model runs, it can spit out slightly different outcomes for the various fish, zooplankton, phytoplankton, mammals, and seabirds. One of the major themes across these model runs was that the NorBar ecosystem could see a shift in its food web structure with climate change. The model predicted an increase in primary production and the biomass of zooplankton, blue whiting, and mackerel. In contrast, capelin, prawns, and redfish were predicted to decline with ocean warming.

In addition, under even under favorable environmental conditions, cod are expected to decline in the NorBar ecosystem. Negative outcomes for cod may be due to a predicted decline in key prey species of this fish, such as capelin and redfish, and the increase in mackerel, a significant predator of juvenile cod.

Something to remember when constructing and interpreting models is “All models are wrong but some are useful.” However, the implications of this model’s projections follow what is already occurring in ecosystems around the globe: many species may start migrating out of their core habitats to search for more favorable conditions. In the case of cod, these fish may migrate out of the NorBar ecosystem, likely towards the increasingly ice-less Arctic Ocean, in search of conditions more amenable to their survival.

As the biomass of cod and other benthic (bottom-dwelling) fish decrease in response to the warmest temperature scenarios, the increase in the biomass of mackerel, blue whiting, and other small pelagic (open water) fish increases, the flow of energy through the NorBar ecosystem may change. These projected changes, the authors suggest, may be used as a tool by management and fisheries to create more sustainable fishing regimes. And hopefully, with the continued collection of fish data in the Arctic, researchers can improve the accuracy of the model and guide future action to protect Arctic species from potential extinction. 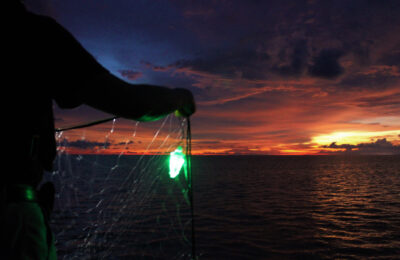