On any day you could wake up to a cool morning and look out your window, it may not be too infeasible to see fog. Fog is very small particles of water that are so light that the air can suspend them off the ground. While fog is made up of water, smog is made up of different chemicals. To our own eyes, smog can look the same as fog but it is INCREDIBLY different. Not only does it smell bad and make the air hard to breathe, but it is small particles made up of things like metal atoms, emissions from burning fossil fuels, particles from wildfires, and volatile organic compounds (VOC’s). These particles can get pushed around by winds and be deposited in a multitude of places, including rivers, farmland, and even the ocean. This is important as scientists are unpacking the stories of these airborne particles, from birth (once they are emitted into the air) to death (their deposition somewhere else).

A team of scientists in America and United Kingdom decided to investigate the deposition of these aerosol particles, specifically focusing on the element iron. Iron is a crucial nutrient for the ocean ecosystem, as organisms like phytoplankton need it to live and perform photosynthesis well. Phytoplankton are the foundation of the ocean’s food web, so without them there would not be any food! Iron is so desperately needed for the ocean to function that it is estimated that organisms in one third of the world’s oceans cannot grow in numbers because of a lack of iron. Among scientists, it is assumed that smog (including particles like iron) produced by humans can travel out to remote parts of oceans to be used, but is this true? The group wanted to investigate this question in the Pacific Ocean and found out that yes it does!

What did they find? How did they know?

The group calculated that up to 59% of all iron in some parts of the Pacific Ocean originated from human activities (otherwise known as anthropogenic sources)! Furthermore, the group measured levels of other metals like lead and manganese in the same areas. The team observed that almost ALL lead came from anthropogenic sources, but, on the other hand, manganese levels in the ocean did not display the same pattern. There was much more iron and lead in the water near the surface in comparison to deeper water, but manganese did not exhibit the same results. The group further investigated how much iron this would be and calculated that approximately 40.9 million pounds of iron could be deposited into the North Pacific Ocean per year from human-based activities!

The team of scientists drove a boat from 25° to 42°N along a straight line at the longitude 158°W. On this expedition, they measured the amount of iron, lead, and manganese in the ocean water between 0 to 200 meters deep. Furthermore, they collected data about recent weather patterns, both in America and Asia, to see where these particles came from. To determine where the iron and lead came from, the group investigated the specific isotope of each metal. An isotope is an atom that has the same number of protons and electrons but a different number of neutrons. The team took samples of deposited iron and lead from the land (near anthropogenic sources) and used them to compare to the ocean. Side-by-side, they could compare their amounts and draw conclusions. Using their observations, the team could perform further mathematical calculations regarding the bigger picture of how much iron actually comes from human-based activities.

This study foregrounds one less-studied aspect of how human behavior affects the ocean. Industrial processes like burning fossil fuels and producing chemicals have a long list of environmental consequences, and the importance of this process on the ocean’s chemistry highlights another byproduct. With this increased awareness of smog’s effect on the ocean, we can further emphasize the need for green industry and transportation methods in our communities. 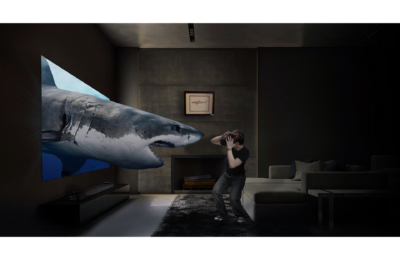