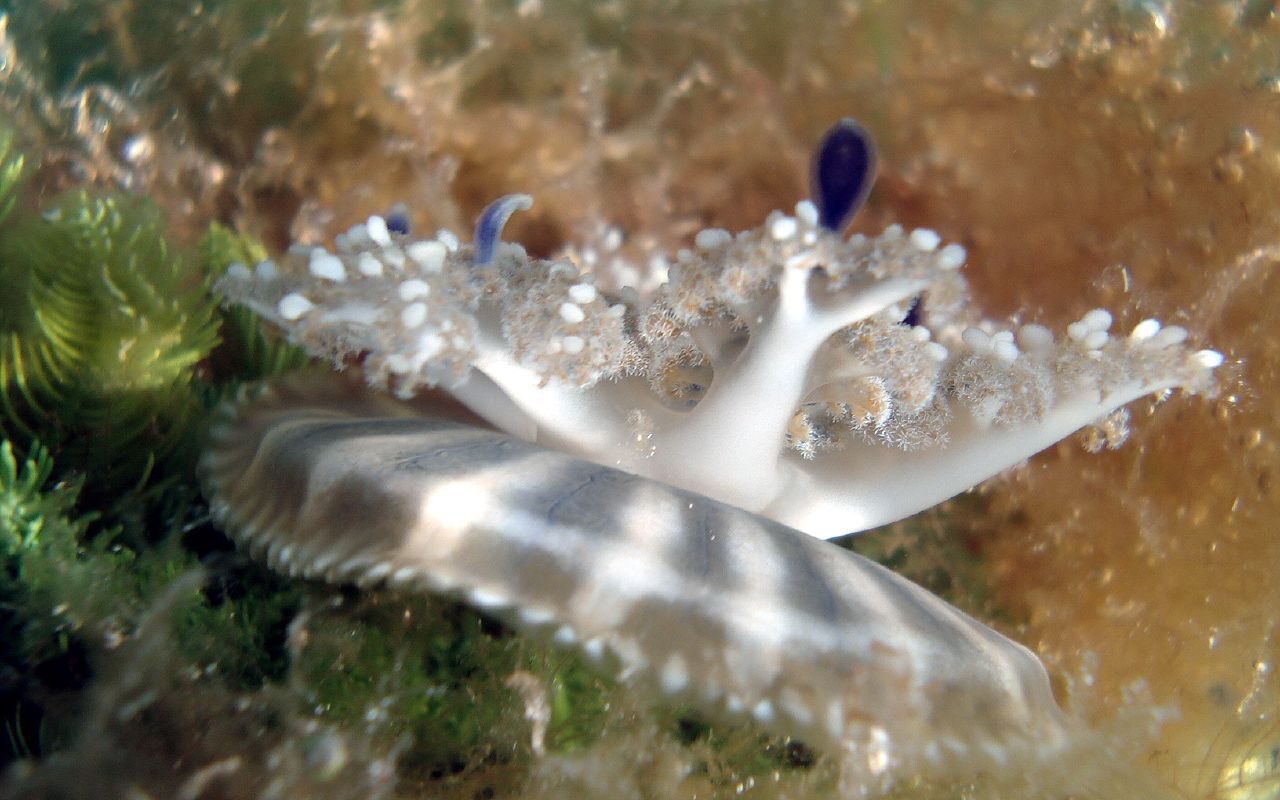 Many of us have either seen jellyfish stings or (unfortunately) experienced them ourselves. Whether snorkeling out in the ocean or wading in shallow waters, when jellyfish tentacles touch human skin, it usually spells trouble. However, there are also many reports of people displaying the symptoms of a jellyfish sting without ever coming into direct contact with them. These events have happened to people out in the ocean, in labs that study jellyfish, and in aquarium tanks where jellyfish are kept. But how is this possible? Can jellyfish sting from a distance? Researchers from various universities across the country banded together to study this phenomenon.

Previous work done on these strange jellyfish stings has revealed that these events are limited to certain types of jellyfish that tend not to have long, flowing tentacles, such as the upside-down jellyfish Cassiopea. To sting, they will excrete mucous that contains stinging cells into the water. When the mucous touches an organism, the stinging cells activate, which leads to uncomfortable symptoms for the humans unlucky enough to be exposed to it.

Using this information as a starting point, researchers contacted other scientists, aquarists, and jellyfish hobbyists to ask for details about contactless stinging events. They gathered information about how long each person had been around jellyfish, how many times they had experienced a contactless sting, where the experience had occurred, and details about the nearby jellyfish during the event. Most of the stings reported were from people who work with jellyfish in aquariums. Many of the responders had been working with tentacle-less jellyfish like Cassiopea for over 6 years, and had experienced contactless stings multiple times. Incidents that occurred in nature, outside of a lab or aquarium, were not restricted geographically, as there were reports from North and South America, Africa, and Asia. Amazingly, many of these events occurred when the person was over 1 meter away from any jellyfish, and some were nearly 5 meters away! Imagine a jellyfish stinging you from over one car length away!

Interestingly, it seemed that the size of the jellyfish near the person involved in each incident did not affect the severity of the contactless sting. Victims felt the stings and a variety of symptoms – pain, tingling, welts, redness, and blisters to name a few – with tentacle-less jellyfish of many sizes. The stings also affected parts of the body that were covered by gloves and wetsuits in several cases. In addition, there seemed to be evidence that when a person was repeatedly exposed to contactless stings, say if they worked closely with jellyfish tanks for many years, each sting after the first tended to cause a more severe reaction.

Now that these contactless stings in certain jellyfish species have been clearly documented, what are the next steps? The researchers in this study have a few suggestions. Firstly, contactless stings are completely off the radar of the World Health Organization (WHO), and so clear information about them is not readily available to the general public. If WHO were to classify these events, then researchers around the world would be better able to study them and find effective strategies to limit their occurrence. For now, there is not necessarily cause for alarm, since many of these contactless stings occur in laboratories or aquariums. However, if you spot a jellyfish while out snorkeling, diving, or simply wading in the ocean, consider giving them an extremely wide berth.

Cover Photo: The upside down jellyfish Cassiopea. These jellyfish are responsible for most of the contactless stings documented in this study. Image by Chris Hind via Wikimedia Commons.