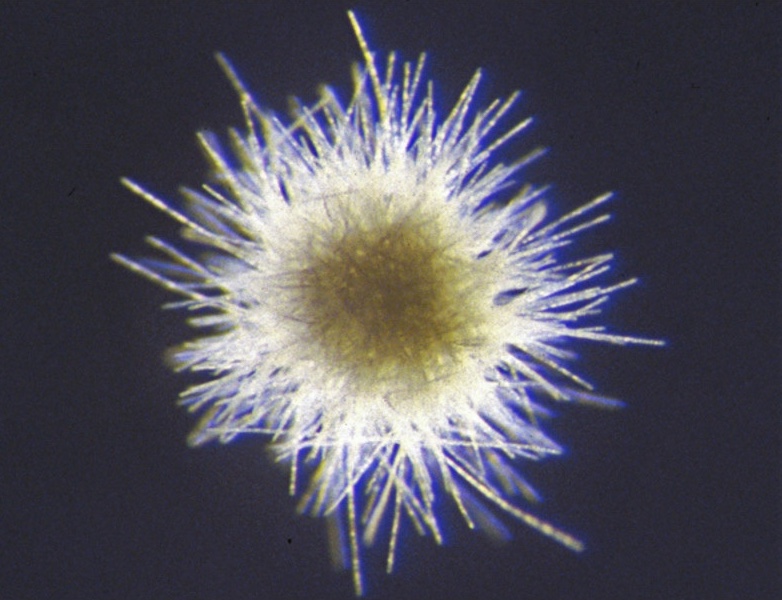 Most of the surface ocean is warm and sunny – ideal conditions for microorganisms to produce their own food through photosynthesis. And yet, across much of the world, this microbial life is starving because they lack the nitrogen they need to utilize that light.

The conundrum for microorganisms is that nitrate, the dissolved form of nitrogen that they can readily use, is only abundant in deeper waters where there is no light for photosynthesis. Meanwhile, nitrogen gas is plentiful in the atmosphere but requires microbes to expend a tremendous amount of energy to turn it into nitrate. It’s a no-win situation – unless microbes can work together.

That’s the strategy employed by an organism known as Trichodesmium. Trichodesmium is not only ubiquitous in the ocean – it’s extremely well-adapted to turning atmospheric nitrogen gas into nitrate. In fact, this organism alone is thought to be responsible for half of the total nitrogen acquisition from the atmosphere into the ocean. But the energetic cost of this process means that Trichodesmium isn’t as good at other tasks, like taking up essential nutrients such as phosphorous and iron.

Trichodesmium’s solution is to incorporate diversity on a microbial scale. Unlike many microbes in the ocean, which exist as individual cells, Trichodesmium forms filamentous chains of thousands of cells that are balled-up into a messy net. Each of the cells in this net can perform separate functions towards the greater unified goal of acquiring everything needed for photosynthesis.

But the complexity of these colonies, given that they consist of hundreds to thousands of different types of microorganisms, has proven challenging to researchers trying to understand exactly how this microbial web works. Basic questions, such as whether the types of microorganisms that inhabit Trichodesmium colonies are the same throughout the ocean or change with ocean conditions, remain unanswered. Even more important, since Trichodesmium can specialize its own cells within a colony, are the attached microbes really adding any metabolic abilities that Trichodesmium couldn’t perform on its own?

A team of researchers from Columbia University and Woods Hole Oceanographic Institute set out to the Atlantic Ocean to answer those questions. Towing nets with a mesh narrow enough to capture Trichodesmium colonies – which are large enough to be seen with the naked eye – they collected samples from six locations spanning from Bermuda to South America. Once back on shore, the researchers sequenced the DNA – the genetic material that defines who a microbe is and what metabolisms it is capable of – from both the Trichodesmium cells and the microbes living within the captured colonies.

What they found is that across sampling sites nearly 2,000 miles apart, the microbes that were nesting inside Trichodesmium colonies were the same. Interestingly, though, the relative abundances of the different microbes living within the colonies changed across the transect in concert with changing concentrations of phosphate in the surface ocean – the same nutrient for which Trichodesmium relies on its attached microbes to provide.

The findings from this research indicate that answering future questions about how Trichodesmium thrives will depend on studying not only Trichodesmium itself, but also the microbes that hitch a ride within its tangled nest. Given the outsized role these microbes play in adding to the metabolic repertoire of Trichodesmium, it may well be that diversity on the microbial scale is the key to these colonies’ success. 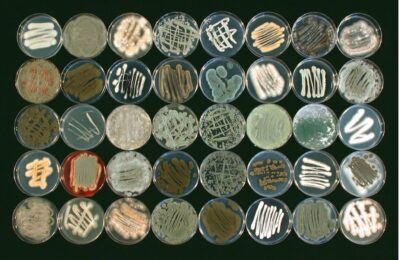