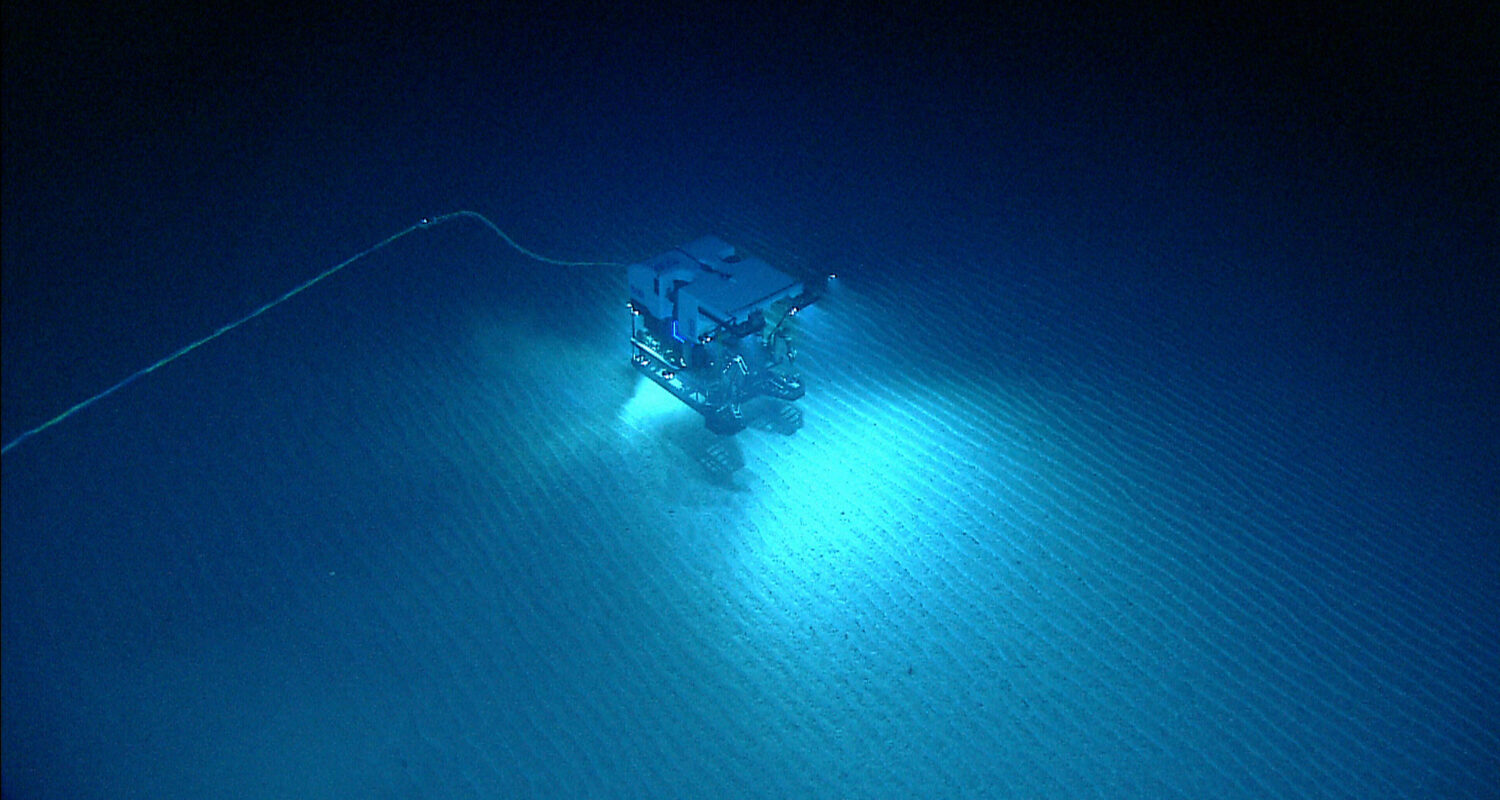 The deep seafloor, the vast expanse of land between continents, represents over 50% of Earth’s surface! Although we may think of Earth in terms of its terrestrial ecosystems and bustling cityscapes, it would be more accurate to think of Earth as a predominately deep-sea planet.

Despite the deep seafloor’s significance, we know relatively little about the species found there. This unique ecosystem contains evolutionary curiosities worth exploring that are also particularly timely to investigate. Human impact on ecosystems is persistent and accelerating. The deep sea, while remote and difficult to access, faces disruption from oil and gas extraction, commercial fishing, and forthcoming from deep-sea mining. These intrusions will exacerbate human-caused environmental changes, like climate change and ocean acidification. New uses for the deep sea are emerging that may have consequences on timescales sooner than we can account for them.

The deep seafloor is teaming with life that burrows among the grains of sand too small to see with the naked eye despite its barren appearance. These meiofauna are as big as the width of your hair and span almost every phylum of the animal kingdom (see full list here). Some are small versions of animals common in other habitats (snails, crustaceans, and even jellyfish), while others only exist at this smaller scale (tardigrades, sea dragons, nematodes, rotifers). These little creatures’ abundance and diversity let them play a major role in regulating this habitat.

Deep-sea scientists collaborated globally to describe the diversity and species ranges of meiofauna across the world’s oceans. This scientific team collected and DNA sequenced  over 400 samples of deep-sea sediment to determine which organisms were hiding there.

A total of 2.42 billion DNA strands were sequenced representing 242,465 species! The researchers observed more meiofaunal diversity within deep-sea habitats than any other marine ecosystem. Who lives where appears to be determined by where their home is, habitat latitude, and food availability.  Most species are rare, occurring in a patchwork fashion across the abyssal plains, with low abundances spattered across the seafloor. This observation indicates either limited dispersal abilities of these animals, or specific environmental conditions producing highly localized populations.

Nearly two-thirds of the organisms from this study couldn’t be identified beyond the kingdom level. This limited taxonomic description showcases how little we know about the deep sea and how much there is left to be discovered!