If you live in the Mid-Atlantic region of the United States, you may have more urgent issues with sea level rise than the rest of us. Currently, in the Chesapeake Bay area, relative sea-level rise is 3.4 mm/yr, which is faster than any other location on the Atlantic coast of North America, and twice the global average eustatic (only due to changes in the volume of water in the world oceans, such as what is contributed by melting ice caps) rate of 1.7 mm/yr. Clearly, the ocean cannot simply build up faster in one area compared to others nearby – overall sea level is independent of tides. So, the cause of this increased rise of relative sea level (RSL) must have to do with the land of Chesapeake Bay itself.

Researchers from the United States Geological Survey and other institutions investigated the deformation of North American crust during previous ice ages to look for answers, focusing on interglacial sedimentary deposits near the coast. The study suggests the RSL in the region has deviated from broader, global trends in the ancient past.

Glacio-isostatic adjustment (GIA) of the land from loading and unloading of continental ice sheets may cause these deviations. Ice sheets in an ice age will weigh down the part of the continental crust that it sits upon, and will rebound when the glacial ice is gone in interglacial times. This is the principle of isostasy, that the continental crust is a buoyant layer on top of the more dense mantle material beneath it. A loose metaphor would be jumping onto a water bed and then off – imagine the movement of the mattress as the crust over tens of thousands of years.

The researchers say that GIA can be a dominant driver of RSL near present or ancient-ice margins, where the weight of ice displaces the mantle beneath glaciated regions and creates a “forebulge” – literally a large, upward bulging deformation in the land – in the near, non-glaciated region of the crust. Researchers cite previous work that indicates when the ice retreats, land previously beneath the ice experiences a rebound due to isostasy of the land previously beneath the ice, and the bordering forebulge, like the one of Chesapeake Bay, slowly subsides.

To better understand the influence of GIA on past and present relative sea levels, the authors applied dating methods to the sediment deposits of the Blackwater National Wildlife Refuge, one of the most rapidly subsiding areas in Chesapeake Bay region. The study uses marine isotope stages (MIS) to describe the ages of the sediment deposits, which are alternating warm and cool periods in the Earth’s paleoclimate calculated from oxygen isotope data from marine core samples. The ratio between oxygen-18 and oxygen-16 isotopes in calcite of shells of marine organisms will vary depending on ocean temperature at the time of formation.

The results indicate that the Blackwater National Wildlife Refuge region was submerged at least for portions of MIS 3, which correlates to about 60,000 – 30,000 years ago, prior to the Last Glacial Maximum (LGM). However, at this time period, the global sea level was much lower, meaning these sediments, in theory, should not have been deposited. Yet, they were deposited, because the region must have been below the RSL, mimicking the trend of the present day (Figure 1).

These deposits were eventually raised above RSL to their current position during MIS 2 (30,000 – 14,000 years ago) by the forebulge resulting from the LGM ice sheet to the north of Chesapeake Bay. Today, researchers note that forebulge near Chesapeake Bay is subsiding (sinking), causing RSL to rise at a greater rate than the global average, and will continue to affect the region for possibly tens of thousands of years. How do we know? It has happened before, earlier in the Pleistocene, researchers found.

This is of course bad news for the Chesapeake environment, ecosystem, and population centers. Several analyses predict significant financial and ecological losses for Washington, D.C. with a RSL rise of just 0.4 meters. As the minimum predicted rise of RSL for the year 2100 cited by the study is 0.49–0.98 meters, the findings are alarming. 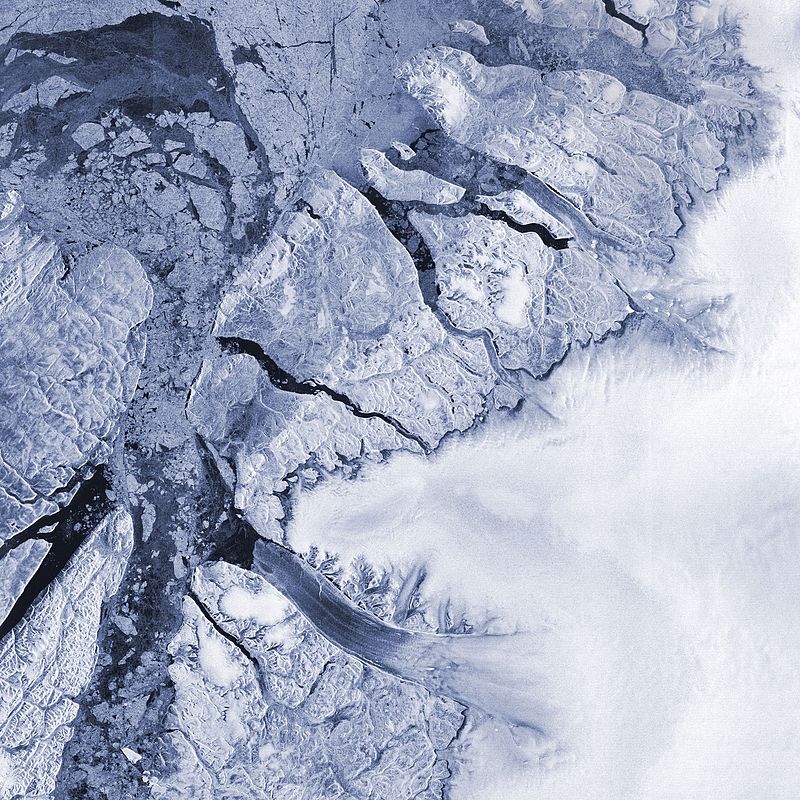