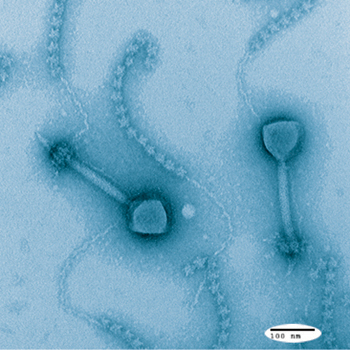 Stick your hand into the ocean surf, and it is mingling with hundreds of billions of viruses floating in the water. While these viruses are mostly harmless to humans, they infect everything everything from bacteria, to fish, and even to sharks and whales. But while the number of viruses on earth is thought to exceed the number of stars in the universe, scientists know far less about the different types of viruses in our own ocean than they do about the millions of stars dotting our night sky.

That is a serious knowledge gap, because in the process of infecting nearly every other living creature in the ocean viruses exert a tremendous influence on marine food webs. Viruses are thought to put an upper limit on the population sizes of bacteria through infection. Among the most important of these virus-plagued bacteria are the cyanobacteria, which produce energy from sunlight and capture carbon dioxide from the atmosphere in the process. Cyanobacteria are the main food source for the microscopic animals that fish and whales in turn depend on for food. As a result, a deadly viral infection spreading within a population of cyanobacteria has two huge effects on the ocean. First, the carbon shunt from the atmosphere to the ocean slows down tremendously as cyanobacteria stop taking up carbon. And second, the food web that fish depend on can suddenly drop out from underneath them, leaving them to starve.

The link between viruses and issues like climate change and fishery stocks is well known, but what exactly is happening on the viral side of this equation remains a mystery. For example, scientists don’t know which types of viruses are infecting which types of bacteria – cyanobacteria in particular – or what types of conditions are ripe for infection. In fact, even figuring out what types of viruses are in the ocean, let alone what they’re doing, has proven extremely challenging. Even now, less than 0.001% of the predicted types of viruses on earth have actually been identified and studied.

The difficulty is that viruses have traditionally been studied by growing them in the laboratory, infecting model bacterial species, and measuring the resulting population decimation. Not only is this a painstakingly slow way to test billions of different virus-microbe combinations, but the majority of ocean bacteria won’t grow in the lab. Without ocean bacteria to infect, viruses won’t grow in the lab either – a conundrum that has left scientists searching for a better way to study ocean viruses. And thanks to a recent breakthrough, they may now have one.

A group of researchers from across the US have developed a method to pluck individual viruses out of seawater, without the need to stimulate infection and viral growth in the laboratory. The technique takes advantage of an instrument known as a fluorescence-activated flow cytometer. This benchtop-sized machine uses a series of lasers and electromagnets to achieve the seemingly menial task of sorting extremely tiny things such as individual bacterial cells. The magic lies in its ability to measure two key parameters for every particle in seawater: size and fluorescence.

Together, size and fluorescence allow researchers to tell virus from bacteria from sand grain. Viruses are tiny – really tiny. While bacterial cells are often around 1 micrometer in size – already 10 times smaller than the width of a human hair – viruses are often 100 nanometers in size, or about 10 times smaller than a bacteria. They’re so small that they can not be seen with even the most high-resolution light microscope available. But they can be measured with a flow cytometer’s lasers, and that tiny size easily distinguishes them from bacterial cells or most other particles floating around in seawater.

But, there are tiny sand grains and dust particles that could be mixed up with viruses in terms of size. And that is where fluorescence comes in. By adding a dye that fluoresces when it binds to DNA, which is abundant in viruses but absent in non-biological particles, it becomes possible for the flow cytometer to distinguish viruses from tiny floating debris. The instrument can then sort out each individual viruses into a tube, separate from everything else that was floating around in the original seawater sample.

The researchers in this study took that principle one step further, by setting up their flow cytometer so that it would not only sort the viruses into a tube of their own, but actually sort each individual virus into a tube of its own. In all, targeting a select group of viruses known as “giant” viruses for their large size (which makes them easier for the flow cytometer to spot and sort), the researchers ended up with 690 individual viruses plucked from seawater. They then sequenced the genomes of 36 of these individual viruses to study how these viruses might infect bacteria in the environment.

The researchers were immediately able to point to something that had not been seen before in laboratory viruses. One of the viruses they identified, termed Mimiviridae, is able to produce a protein involved in cell death known as a metacapsase. Metacapsases are not uncommon – in fact, they are found in virtually all multicellular organisms, where cell death is an important part of life. However, finding this protein in a virus gives researchers a first clue as to how Mimiviridae, and potentially other ocean viruses, induce death in their bacterial prey.

Beyond this important finding, the amount of information that resulted from this viral survey is vast – it will likely take years to comb through entirely. Many of the viruses that were identified have never been grown in the laboratory, and as such are likely to be a treasure trove of new findings for researchers. More important, demonstrating the ability of a flow cytometer to sort individual viruses from seawater sets the stage for an explosion in scientific understanding of viruses. Viruses will always be the tiny majority of life on earth, but they may be on their way to becoming at least a little less mysterious. 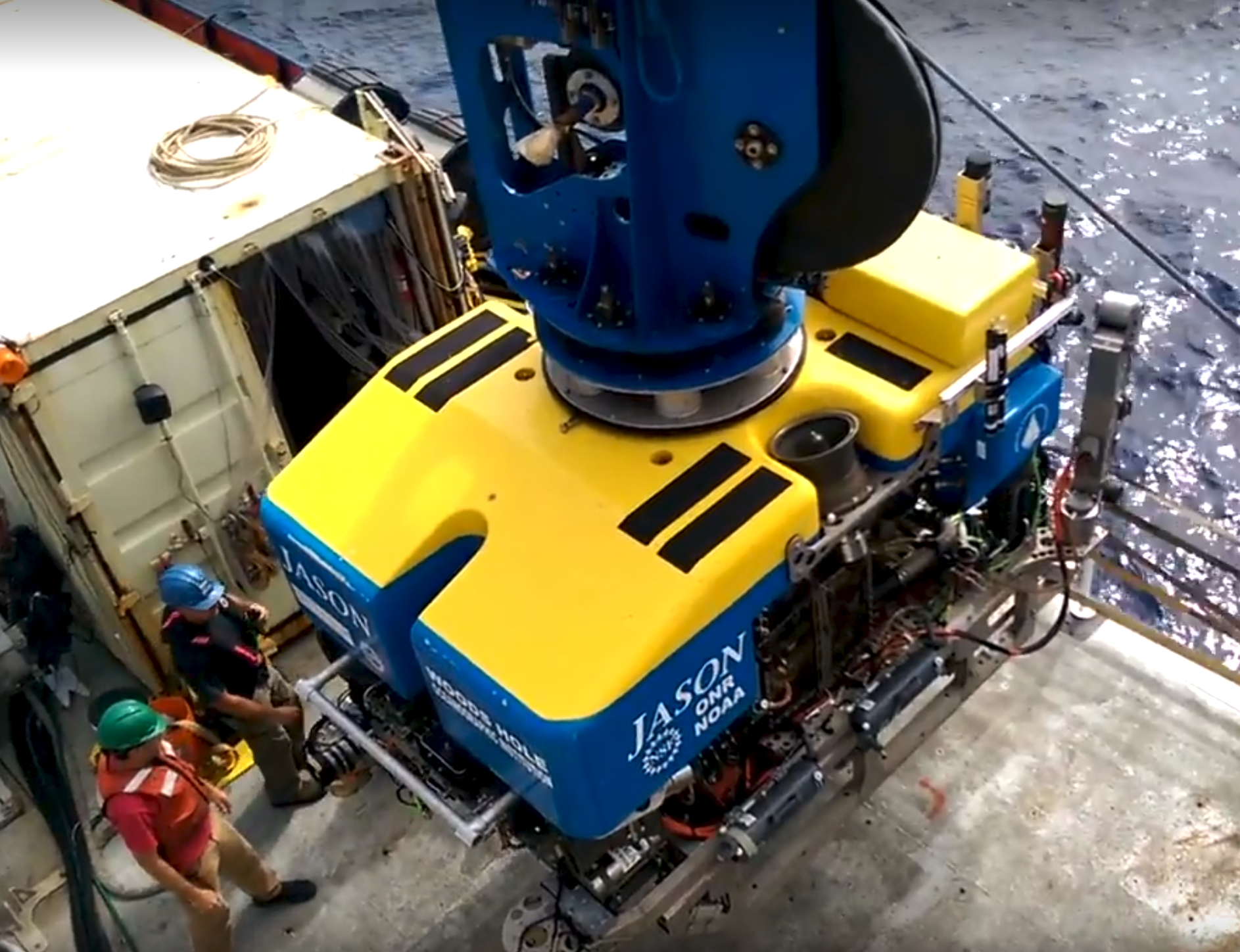 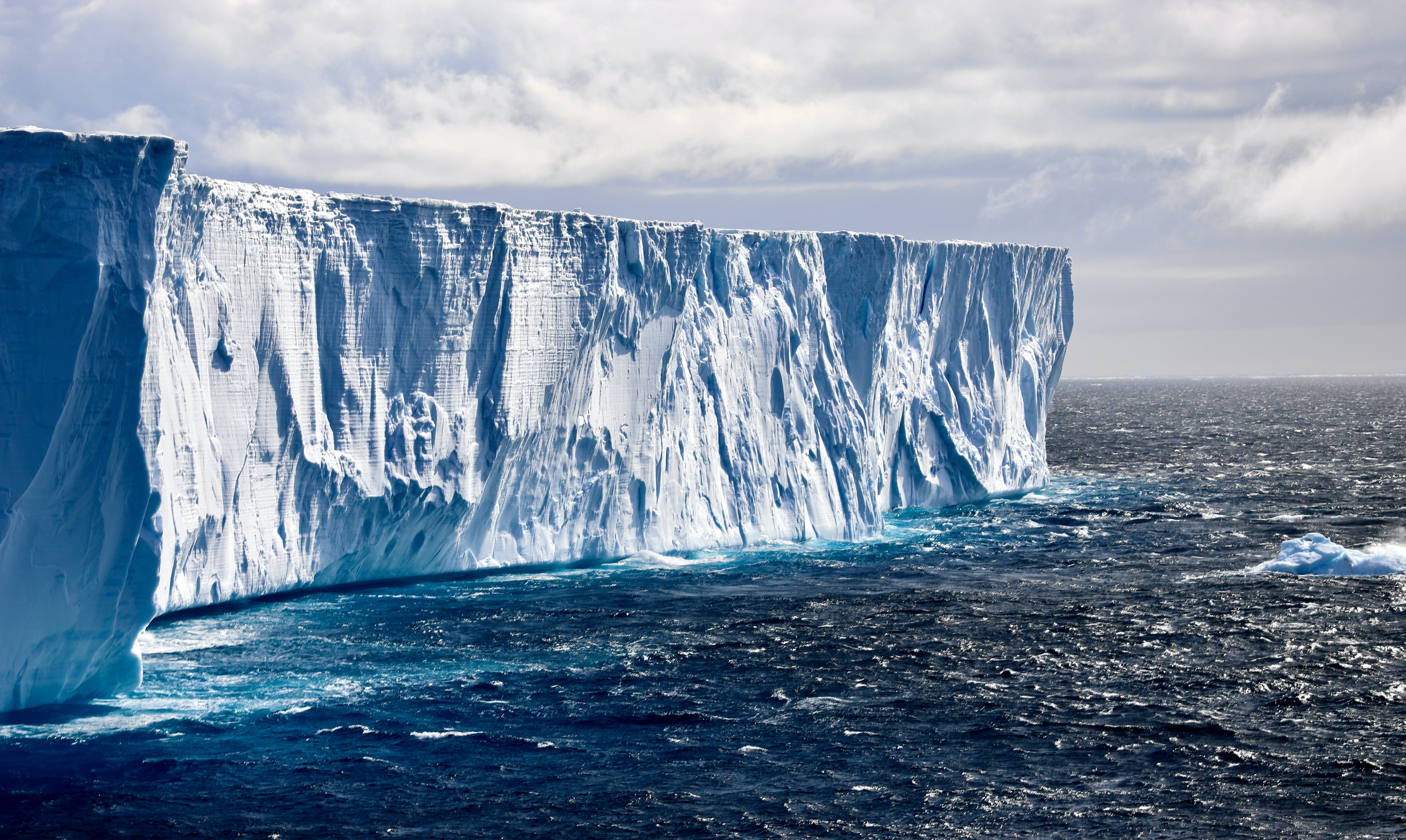 One thought on “The ocean’s tiny, mysterious majority”