Paper: Kosaka and Xie, 2016. The tropical Pacific as a key pacemaker of the variable rates of global warming. Nature Geoscience, v.9: 669-673.

You may have heard of a recent slowdown in climate change that appeared to happen in the early 2000s. This global warming “hiatus” sparked controversy that spawned congressional hearings and perpetuated skepticism over rising global temperature. Unfortunately, , the Earth’s temperature is not leveling out. However, it does appear that, at times, this average rise does seem to slow temporarily.

Over the last 120 years, the Global mean surface temperature (GMST) change has resembled a climbing staircase with a total change of nearly 1°C. This staircase appearance is caused by a linear increase with a few interruptions – the slowdown in the early 2000s was not the first. The hiatus that caused controversy during the turn of the twenty-first century was indeed reflected in the ocean surface temperature, beginning in 1998.  But, what exactly causes these slowdowns in the increase of GMST?

A leading theory is that the Interdecadal Pacific Oscillation (IPO) (also known as Pacific Decadal Oscillation) is responsible for this phenomenon. The IPO is a recurring, strong pattern of ocean-atmosphere climate variability over the Pacific basin north of 20° N. Like ENSO (El Niño Southern Oscillation), it is detected as warm or cool surface waters. During a warm (positive) phase, the west Pacific becomes cooler and part of the eastern ocean warms; during a cool (negative) phase, the opposite occurs (Figure 2). Unlike ENSO, however, the IPO operates over decadal scales, rather than inter-annual, and is a bit trickier to predict. In previous studies, IPO has been suggested as a cause of the slowdowns in GMST.

Yu Kosaka of University of Tokyo and Shang-Ping Xie of the Scripps Institution of Oceanography wanted to find and test a model that could better fit the variability of the IPO to the recorded oscillations in GMST rise. In short, they wanted to find the pacemaker of the GMST staircase. To do so, they forced tropical Pacific sea surface temperatures to follow the observed climate patterns over the last century.

Their results indicated the dominant role of the IPO and ENSO in historical GMST variability. To constrain their results further, Kosaka and Xie found that this tropical Pacific effect is more pronounced on the decadal than inter-annual timescale. Thus, the IPO is more influential on temperature than ENSO.

Through this, the researchers successfully simulated the global warming staircase since 1900. They assert that the transition of the IPO from a positive (warm) to negative (cold) state is the leading mechanism for the recent slowdown, and those that came before.

Past slowdowns, and what’s to come

With their models, Kosaka and Xie noted four major events showing evidence that the IPO affects the cooling/warming trend. The tropical Pacific IPO actually amplified the first warming epoch of the 1910s–1940s. This warming was interrupted by the big hiatus for the 1940s–1970s, followed by the second warming epoch until the 1990s. Then came the recent warming slowdown at the turn of the twenty-first century.

Additional contributions to the slowdowns could come from volcanic forcing. Volcanic eruptions send abundant ash and aerosols into the atmosphere, blocking heat from the sun and causing global cooling. One of the researchers’ experiments shows warming interrupted by volcanic eruptions. After the 1963 eruption of Agung, GMST rose faster again, only to be interrupted by the eruption of El Chichón in 1982, and again in 1991 with the eruption of Mount Pinatubo. However, in another modeling experiment, volcanic signals are indistinguishable from other inter-annual variability in observations. Thus, though volcanic events do cause some cooling, it is unclear just how much of an effect they have on hiatuses.

What does this all mean for climate warming and predictions? Overall, although Kosaka and Xie state that the tropical Pacific effect on the Arctic climate variability is weak, the results show that the IPO is an essential element that makes historical global warming follow a staircase-like pattern.

Countries around the world have agreed to try to limit global average temperature change to less than 2°C above pre-industrial levels. However, due to substantial internal variability, raw GMST is not a good measure for anthropogenic climate change. The models tested by Kosaka and Xie could be a better approximation of future climatic patterns, in addition to having a reliable record of climate warmings and hiatuses available since about 1900, a time close to pre-industrial conditions. This work will help us to understand what climate to expect in the next few decades, even if we are currently in an apparent slowdown of global warming. 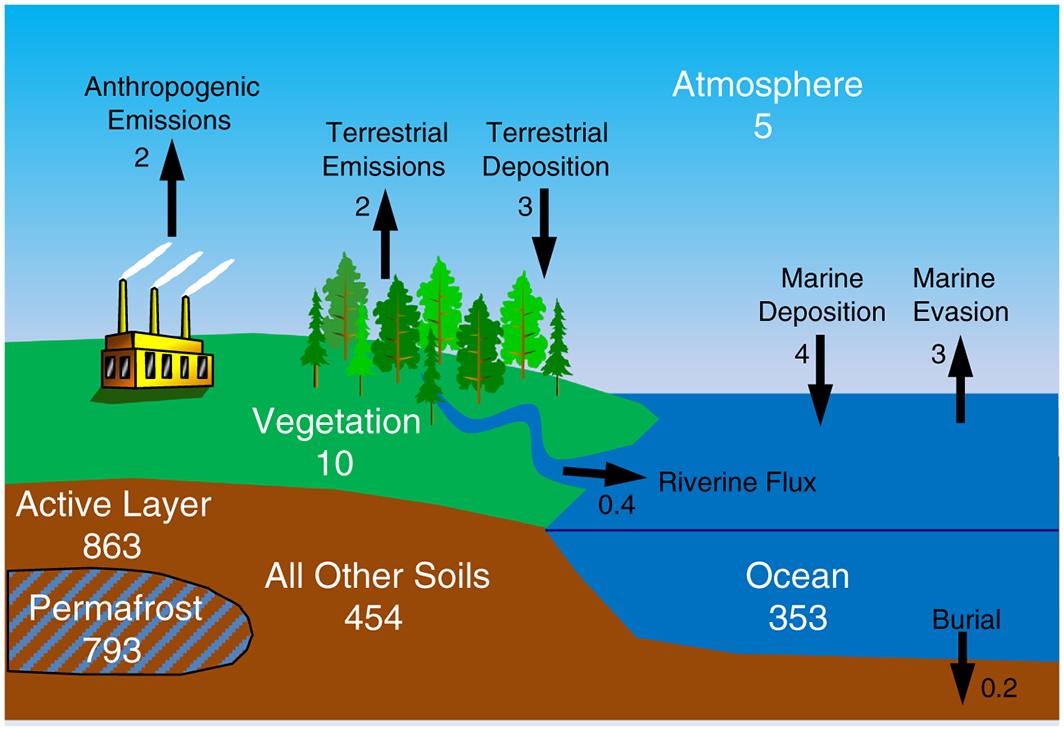