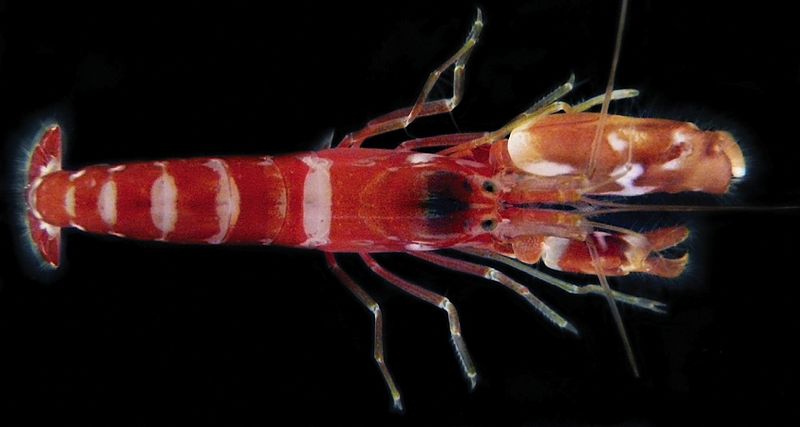 Ever hear a snapping underwater? Wonder who is making the sound? Researchers can use sound to take the pulse of an estuary.

Have you ever been to the ocean and put your head underwater? If not, you might be surprised to find how loud it can be. You can hear the roar of the ocean waves, a boat passing by, and sometimes a distinct snapping and crunching.

This underwater cacophony comes from many different organisms. In areas with parrot fish you can hear them ravenously eating pieces of coral. In the southern U.S. coastal regions, snapping shrimp and other fish make up a majority of the underwater noise. Snapping shrimp produce sound by quickly closing their claws (check this out!) and they use this behavior to protect their territory, communicate, and forage for food.

Some fish are also able to produce sound such as black drum, red drum, silver perch, and spotted sea trout. These fish are known as soniferous, or sound-producing, and make noise by moving sonic muscles against a gas-filled sac or swim bladder (check this out here). These fish use sound to attract a mate and reproduce.

What’s sound got to do with it?

Sound is produced by these organisms as a behavior and can be used as an indicator of important processes. The sounds of an ecosystem, or soundscape, change with migration as organisms leave, reproduce and forage for food. All of these processes are vital for ecosystem health as organisms fight to survive.

However, little is known about how these processes might be affected by climate change and increasing temperature. Researchers studied sound production in this study to discover how the environment affects behavioral processes.

Sound production can be measured with a device known as an acoustic recorder. These recorders can be deployed in an ecosystem and left out for long periods of time. The scientists from this study deployed acoustic recorders for almost 6 years from February 2013 to December 2018 in the May River, South Carolina, USA. The May River estuary has many important ecosystems including oyster reefs and salt marshes, but most importantly this area includes many of the talented underwater musicians (snapping shrimp and soniferous fish) that influence a soundscape.

Sounds were collected at three frequencies from acoustic recorders: high (7,000–40,000 Hz), low (50–1,200 Hz), and broadband (1–40,000 Hz). Broadband includes all sounds like those of passing boats and snapping shrimp, while low frequencies mainly include soniferous fish. Sounds produced by humans and from water movement can be removed from the soundscape allowing researchers to focus on the noise produced by organisms.

Scientists in this study found sounds produced by snapping shrimp and certain soniferous fish increased with temperature. They also observed a seasonal pattern as snapping and fish vocals increased in warmer summer months and decreased in colder winter months. Increasing sound was also seen at earlier times in the year if the spring season was warmer. Therefore, temperature can impact the timing of important behaviors like reproduction, migration and foraging.

Scientists also wanted to compare sound production to diversity (number of different organisms) and abundance (total number of each species). Using a seine net, researchers collected organisms nearby the acoustic recorders. Both diversity and abundance were then compared to the environment’s soundscape. Diversity was found to increase with increases in the soundscape, demonstrating the effectiveness of soundscapes to reflect diversity in ecosystems.

Organisms like snapping shrimp and soniferous fish are heavily influenced by temperature. As temperature increases with climate change, learning how these species are affected is important for ecosystem health. Fortunately, using soundscapes can give scientists an idea of what’s happening under the water without more equipment and time-consuming sampling. Acoustic recorders are being used more frequently for longer periods. These important underwater musicians give scientists a picture of what life is like under the waves.