Alongside carbon, nitrogen is one of the most commonly studied element in oceanography. This is due to its importance to the maintenance of life: nitrogen is a key element in amino acids, which serve as the building blocks of life. Additionally, nitrogen is thought to be a limiting resource for much of the ocean. Thus, it’s critical to oceanographers to understand how different forms of nitrogen move through an ecosystem (otherwise known as its cycle). Additionally, some of these forms, such as nitrous oxide (N2O) and dinitrogen (N2) are gasses which can leave the ocean. N2O is of particular interest since it can act as a greenhouse gas and influence the global climate. For a better overview of the nitrogen cycle, you can read more here or here. Despite the importance of nitrogen to the ocean, there is a lot that we don’t know about its cycle. One of the biggest controversies in the field involves nitrogen removal from the oceans; there are two competing camps that have presented contradictory findings from around the world that have left researchers confused. In the most concise way possible: it’s denitrification versus anammox.

We know that nitrogen is removed from the ocean in waters and sediment that are naturally low in oxygen (anoxic areas). Anaerobic microbes reduce nitrogen species for energy, generating dinitrogen gas (N2) which leaves the ocean for the atmosphere. For decades, we assumed this was from denitrification, where a series of microbe species reduce nitrogen from nitrate and nitrite (NO3– and NO2–, respectively), which is a useful form of nitrogen for organisms, to N2 gas which is almost unusable by organisms (though there are important exceptions), with nitrous oxide (N2O) as an intermediate. With the discovery of an alternative anaerobic pathway known as anammox (anaerobic ammonium oxidation), scientists showed that some microbes can use NO2– and ammonium (NH4+) to generate energy and N2, completely skipping N2O. Naturally, this discovery came with a wealth of questions regarding nitrogen removal: what is the contribution of each of these processes to nitrogen removal? Is one process dominant over the other? (Spoiler alert: in case you missed the title, both are important). Many researchers have attempted to answer these questions and have presented conflicting data on the presence and importance of denitrification and annamox from different locations around the world.

A group of researchers from Princeton and the University of Washington think they’ve solved the riddle with their paper published in Science this April. Lead author Andrew Babbin, along with Drs. Richard Keil, Allan Devol, and Bess Ward, hypothesized that denitrification and anammox can occur together and are balanced based on the chemical composition of the food provided to the microbes. Of particular importance, they thought, was the nitrogen to carbon ratio (N/C) of the food and that the ratio could determine the amount of denitrification and anammox that occurs. They developed a model to predict the relative contribution of both processes to total nitrogen loss based on the food source and conducted laboratory experiments to confirm their model. The scientists fed microbes collected from low oxygen waters in the north eastern Pacific Ocean different types of food that ranged in their carbon to nitrogen content and tracked the amount of denitrification and anammox that occurred.

Babbin and colleagues found that overall nitrogen loss is controlled by the total amount of food supplied. Additionally, they found that both denitrification and anammox occur simultaneously in the water column. However, the portion of nitrogen lost due to denitrification as opposed to anammox is controlled by the N/C ratio of the food provided. On average, the N/C ratio of suspended food particles in the surface ocean that microbes feed on is at roughly 0.15.

Using this ratio in their model, the researchers were able to determine that, on average, 70% of the nitrogen lost in the ocean is a result of denitrification and that 30% is lost through anammox. Different species of phytoplankton, terrestrial versus marine organic matter, and human inputs like sewage all have a wide range of N/C ratios. Thus, within one area, denitrification and anammox can have differing relative contribution to total nitrogen loss depending on the different food particles available over time.

These results potentially solve a major problem plaguing nitrogen biogeochemists. Based on the characteristics of the food supplied and the amount supplied, scientists can accurately predict and determine the amount of nitrogen lost and by which processes it’s lost through which can help in understanding what limits productivity in the ocean. Particulate organic matter which the microbes feed on vary over time in N/C ratio depending on its source (species of phytoplankton, marine versus terrestrial sources, etc.), which possibly explains the variation observed between many other researchers’ studies. With the ability to predict nitrogen losses, scientists are now able to better constrain biogeochemical models and better predict nitrogen losses with changing ocean conditions. Nitrogen is a limiting resource in many parts of the ocean and any alterations in its cycling can have profound impacts on all marine life. An even broader impact is how nitrogen loss from the ocean can contribute to climate change. Denitrification produces nitrous oxide and carbon dioxide – two important greenhouse gases. On the flip side, anammox does not produce nitrous oxide and consumes carbon dioxide. Thus the interplay between the two processes through the food sources provided (both natural and human supplied) can have large impacts on the state of climate change. The ability to control the extent of nitrogen removal through anammox has potential in treating coastal zones with heavy nutrient pollution (otherwise known as eutrophication). Already, many sewage treatment plants use anammox as a means of nutrient removal without increasing greenhouse gas emissions. 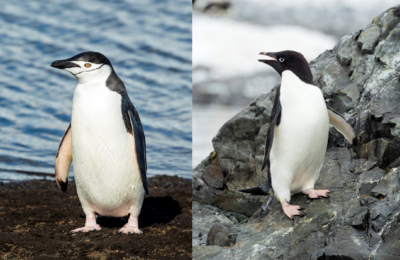 3 thoughts on “Understanding nitrogen loss from the ocean: Is it anammox or denitrification? It’s both!”