As the global population increases, the rising demand for fish is being met more and more by aquaculture, or “fish farming.” Fish are raised in controlled conditions instead of caught in the wild. Aquaculture fisheries can produce fish in large quantities while maintaining a stable population, but they are only truly sustainable if the resources they use are also sustainable. The fish have to be fed, and feeding them requires catching smaller fish, which are either fed directly to the aquaculture fish or ground up into fishmeal and oils that are mixed with corn, wheat, and soybean products to make artificial feed. Aquaculture fisheries are increasing their use of artificial feed, but the feed still originates from a limited resource. Small ocean-caught fish like anchovies or herring that are used in the production of fishmeal and fish oils are beginning to feel the burden of overfishing.

Recently, there has been an effort to use alternate, more sustainable sources of food for farmed fish. Replacing fish oils with vegetable oils in the diets of farmed fish has sometimes been successful, but the results are not always good. Terrestrial plants lack some essential fatty acids that fish need to grow big and healthy.

These important fatty acids can be found in marine microalgae, the tiny plants at the base of the ocean food chain. Microalgae offer a promising possible solution to the problem of sustainable aquaculture feeds. If they work well to support farmed fish, it will relieve fishing pressure from the small ocean fish currently being caught to support aquaculture.

Dr. Pallab Sarker of Dartmouth College and his colleagues designed an experiment to determine how much fish oil you can swap out for microalgae and still produce healthy fish. They performed this experiment on Nile tilapia, an omnivorous fish that’s low on the food chain and is the third most important aquaculture fish after carp and salmon. Since tilapia are used to consuming plants as part of their diet, they are more likely to do well on the experimental diets than carnivorous fish like salmon.

All the fish in the experiment were hand-fed food pellets three times a day for seven weeks. The researchers created five different recipes: 0, 25, 50, 75, or 100% of the fish oil was replaced with the microalgae Schizochytrium. All the food pellets were designed to have the same macronutrient composition by adding wheat flour and crude protein, so regardless of the amount of fish oil in a pellet, all the tilapia were getting the same amount of protein and fat in their daily diets.

The fish that consumed diets in which all the fish oil was replaced with microalgae were healthier by many standards than the fish that consumed fish oil-based diets. They gained more weight overall, and they gained more weight per unit of protein they consumed. They also had the most omega-3 fatty acids in their skin, making them the most nutritionally beneficial for human consumption. (Getting plenty of omega-3s in your diet lowers your risk of heart disease and may help ward off Alzheimer’s and dementia.) The results showed that you can replace fish oil in the diets of tilapia entirely with microalgae and end up with healthy fish.

These results are very promising for the future of sustainable aquaculture feeds, but there are still some problems to overcome and more research to be done. First, we haven’t yet figured out how to grow microalgae in mass quantities at low cost. Commercial-scale efforts to grow microalgae are underway because of their use in biofuels and human nutritional supplements, but the cost of production needs to come down for fish famers to consider the switch to microalgae a good financial decision. Second, the experimental diets of these fish were not entirely fish-free. All of the food pellets contained a combination of fishmeal, corn gluten meal, and soybean meal. It would be interesting to see how the fish would do on similar diets in which fractions of the fishmeal were also replaced with microalgae. And third, just because this works for omnivorous fish doesn’t mean it will work on carnivorous fish, but research into sustainable supplementation is definitely moving in the right direction. If this process can be scaled up successfully, you may someday be seeing seafood at your grocery store stamped “100% microalgae-fed!” 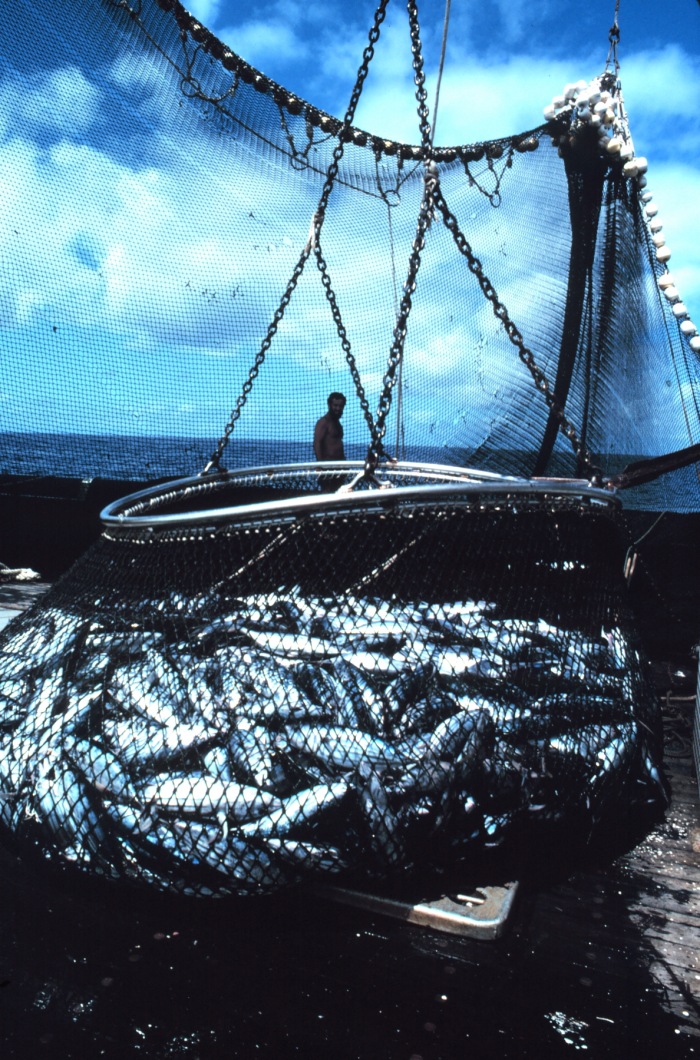