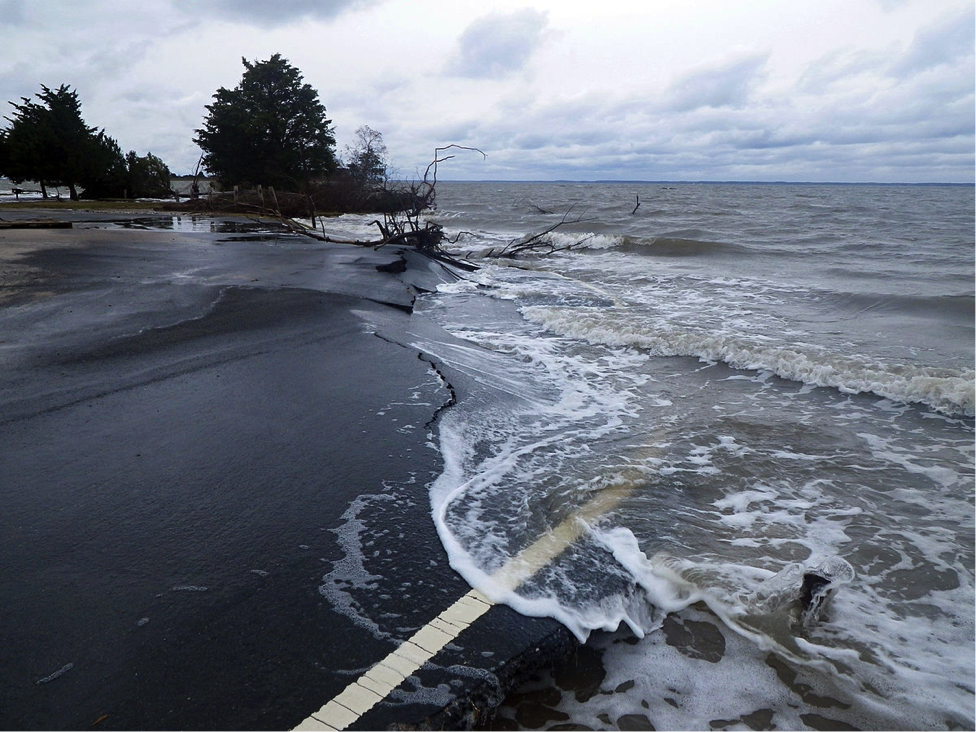 There are few ecosystems untouched by global warming. The vast ocean, constantly exchanging heat and gases with the atmosphere, is no exception. The ocean is warming, acidifying, and losing oxygen (or as Nicholas Gruber put it, “warming up, turning sour, and losing breath”). With the added heat, the ocean also is gaining volume due to ice melt and thermal expansion. It’s no surprise that coastal populations are expected to suffer due to sea level rise and changes in ocean biogeochemistry impacting food, jobs and revenue (Figure 1). And yet it wasn’t until the 2015 Conference of Parties (COP – more commonly referred to as the Paris Agreement) that the ocean was meaningfully acknowledged in the conversation about the consequences of global warming for populations and economies around the world.

The Paris Agreement was a huge milestone for international climate negotiations. A total of 188 nations outlined 161 (Europe was represented by a single European Union faction) nationally determined contribution (NDC) plans to help limit global warming to a 2˚ C rise, with the plans to take effect in 2020 (Figure 2 – video). These pledges, drafted in the final months of 2015 and signed on April 22, 2016, comprise the Paris Agreement. They proved that countries were taking the threat of global warming seriously and were committing to act. In particular they were a milestone for the ocean and ocean science community, as 70% of the NDC’s mentioned impacts of global warming on the ocean, which had been given little attention in past talks (Figure 3).

The open format of the NDCs provide a peek into national preferences and priorities regarding climate change mitigation. Natalya Gallo, a PhD student at Scripps Institution of Oceanography at UC San Diego, David Victor, a professor of international relations at UC San Diego, and Lisa Levin, a professor at Scripps Institution of Oceanography, seized the opportunity to understand how and why countries included mention of ocean impacts in their NDCs.

To begin their analysis, the researchers crafted a quantitative measure of commitment to ocean impacts, called the Marine Focus Factor (MFF). They used this factor to rank countries on how much attention their NDCs dedicated to the ocean. At the top of the list of highest MFFs were Maldives, Oman, St. Kitts and Nevis, Kiribati, Bahrain, Seychelles, Mauritania, Mauritius, St. Vincent and the Grenadines, and Nauru. Their study using the MFF metric revealed that, as expected, coastal countries (124 of the 161 total NDC’s) had higher MFF values than those that were landlocked (Figure 4). The next step was to determine quantitative metrics about each nation that could explain why some countries had higher MFF scores than others.

Gallo and her colleagues put forth their hypotheses: amount of marine and coastal territory, population living and amount of land within 5 meters of the current sea level, portion of national economy supported by marine operations, general marine conservation commitments, and whether a country is a small island developing state (SIDS) should all positively correlate with MFF. On the other hand, they expected that countries with higher GDP and Annex 1 nations (countries with highly developed economies) would have lower MFFs.

What they found was a much weaker influence of these variables on MFFs than expected. Gallo and her colleagues produced an equation optimized to fit the differences in each country’s MFF based on each of the variables. But despite the amount of ground they covered with their numerous explanatory variables, their equation could only explain 38% of the variance in MFFs of coastal countries (Figure 5). The researchers were surprised to find that factors such as economic value of the ocean to a country (measured by length of coastline, value of domestic fisheries, amount of marine territory, etc.) and degree of marine management and conservation in each country had little to no impact on a country’s MFF.

Despite the tepid influence of many of the variables Gallo and her colleagues inspected, their analysis produced one striking result. As one would expect (and hope), the percent of a country’s population living within 5 m of the current sea level did have a significant influence on a country’s MFF, suggesting that countries vulnerable to sea level rise were taking the threat seriously. But equally influential was whether the country was an Annex 1 (highly developed, wealthy nation) or a SIDS.

Annex 1 countries are those with highly-developed economies. Not surprisingly, they’re also the countries which have contributed most to climate change (Figure 6). In prior negotiations, Annex 1 nations (which include the U.S., France, Germany, Japan, Norway, Turkey, Ukraine and the U.K.; see full list) have tended to focus on emission mitigation strategies. On the other hand, the contribution of SIDS nations to climate change is minimal but the vulnerabilities of such countries to the effects of climate change are great. SIDS nations (which include Bahamas, Dominican Republic, Haiti, Fiji, Guam, Palau, Maldives, Mauritius and Seychelles; see full list) have historically given attention to climate impacts on the ocean in prior negotiations and have advocated for more emphasis on adaptation to a changing climate.

Neither domestic fishery value, coastline length, nor amount of current ocean conservation efforts came close to having the impact that Annex 1 vs. SIDS status and population close to sea level had on MFFs. The fact that the state of development on a country was as influential as the country’s vulnerability to sea level rise on MFF suggests that the amount of attention given to the ocean in NDC’s is strongly driven by political motivations, and less by scientific ones. Unavailable to the researchers was information on how each country’s NDC was developed and the scientific and political backgrounds of the people drafting them, which could shed more light on the relative attention given to the ocean in each country’s pledge.

We are in a place now that even if every country were to pursue the most aggressive emission mitigation pathway and collectively limit the average global temperature rise to 1.5 ˚C, the ocean ecosystem and biogeochemistry still will be affected. While this study highlights the efforts made by a number of nations to address the effects of global warming on the ocean, much in these negotiations has been left unaddressed regarding the severity and scope of ocean changes on populations around the world. One boon of the structure of the Paris Agreement is that each country’s NDC is to be re-evaluated and updated every 5 years; the Intergovernmental Panel on Climate Change (IPCC) special report on the ocean and cryosphere (frozen areas of our planet) is due to be published in 2019, which could lead to increased ocean awareness in the next NDC review cycle.

The analysis of the Paris Agreement’s mentions of the ocean is a surprising look at how attention in climate negotiations is shifting and why. It debunked some assumptions about countries being concerned about the ocean because their economies were directly dependent on it. But the study also showed that small island nations are no longer alone in advocating for attention to the health of the ocean ecosystem and how it is affected by climate change. The authors conclude from their findings that while 70% of Paris Agreement countries mentioning the ocean is certainly a success, there’s still a lot left to be done in raising awareness about ocean health in the political realm.