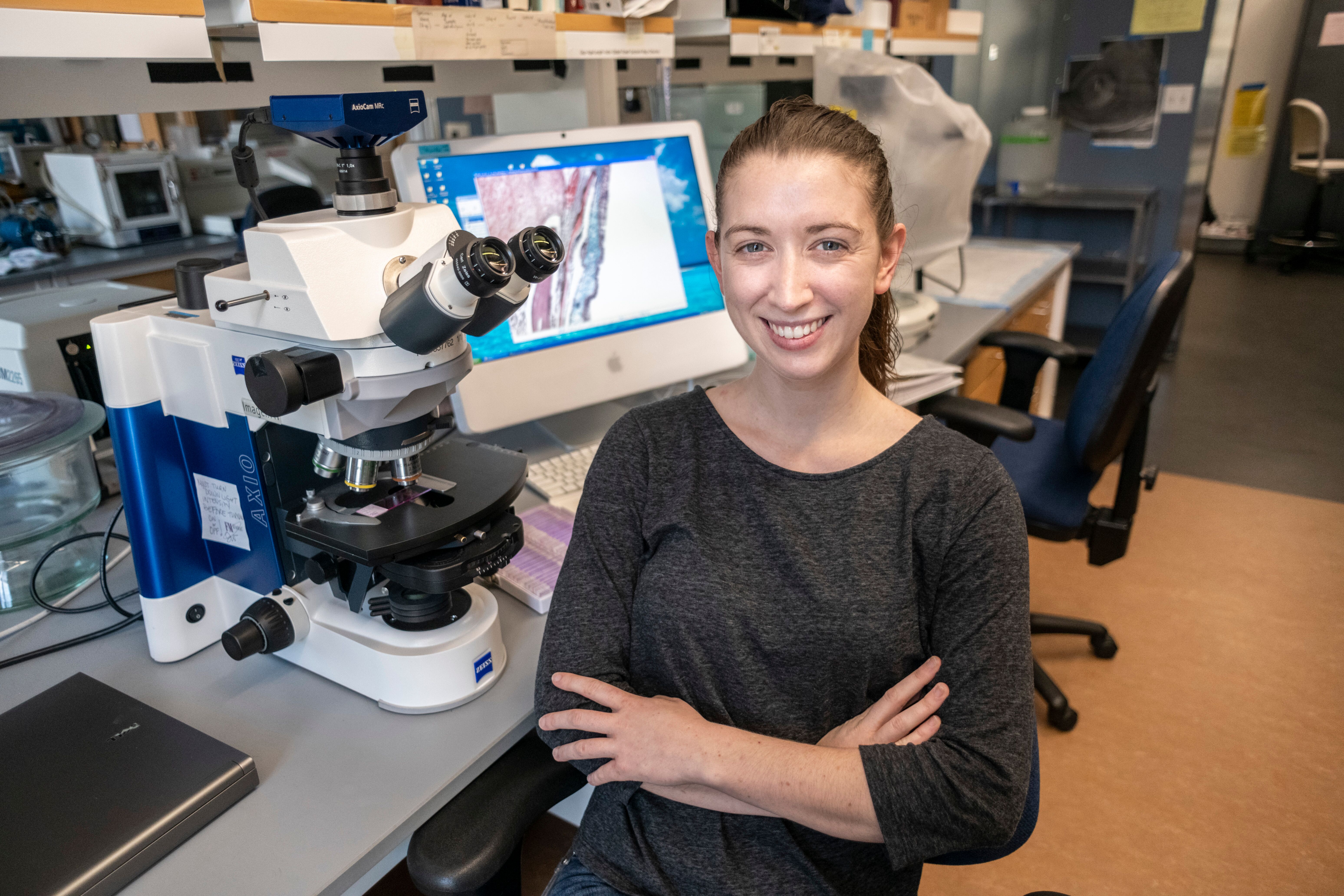 Behavior Biology Conservation Developmental Biology
This is a guest post by Aubree Jones. Aubree is working towards her PhD at the University of Rhode Island. She studies how animals use their sensory systems to interact with their environment. She grew up in Oklahoma, where she learned to love the aquatic environment fishing with her dad. It’s no wonder that even though she studied marine biology for her undergraduate degree, she now works with freshwater and marine animals and finds all life below the surface fascinating.

Millions of years ago, in the era following the extinction of dinosaurs, mammalian ancestors of seals and sea lions took the first steps into coastal waters. These steps were the beginning to the transition from life on land to life in water. Marine mammals were presented with many challenges that required adaptation for the aquatic environment. These changes echo throughout the anatomy of marine mammals such as their limbs turned to flippers, their teeth that closely resemble their canine ancestors, and their ability to sense their environment using sight, sound, taste, hearing, and touch. We are familiar with how these senses work in our own daily life on land. However, aquatic mammals must sense their environment and translate that information much differently in the water.

Pinnipeds have size and shape discrimination capabilities that rival a chimpanzee’s abilities using their fingers (1).  Seals and sea lions have shown an additional capability using their whiskers: the ability to detect underwater movements created by their prey. They can detect the water flows created by the tail beats of swimming fish with their whiskers to follow the fish and capture it, a behavior termed hydrodynamic trail-following.

Seals are particularly good at this behavior and can follow underwater trails for several minutes with high success rates. The globally abundant harbor seal has held center stage for the bulk of these behavioral studies, but little is known about how their whiskers play into foraging (3). Their remarkable sensing capabilities inspired researchers to investigate the anatomy, or structure, of seal whiskers (2).

New research has shown that harbor seals have a similar sensitivity in their whiskers to other seal species. Researchers measure sensitivity by estimating the number of nerves in a whisker (innervation) and compare the level of innervation among other species of seals, sea lions, and otters.  Interestingly, harbor seals have increased innervation, and therefore more sensing capabilities, in their largest whiskers on the outer edge of their muzzle (4). When a seal is swimming, this group of whiskers extends past the seal’s head, making them important for finding the signals left behind from their prey.

For example, harp seals are an Arctic species that spend most of their time on ice, where they are hard to reach. Although the possibility of field study may be limited, their whisker anatomy can be studied more easily. When researchers did study their whisker anatomy, harp seals had lower sensitivity in comparison to harbor seals (5). This may mean that harp seals do not use the trail-following behavior observed in harbor seals as much, and might use other foraging techniques to capture their prey (fish and crustaceans). These insights can be important for understanding the lives of seals in remote habitats, especially important when these habitats are rapidly disappearing in a warming climate.

This work showcases how something seemingly as obscure as whiskers may serve as a tool to understand how marine mammals forage and track prey. There is a wealth of knowledge from studying harbor seals in captivity that can be combined with all the other tools available, such as anatomy and field studies, to learn more about how seals interact with their environment in order to survive and thrive, even when faced with environmental changes.