There is a straightforward way to stop climate change: reduce fossil fuel emissions. Unfortunately, the political process for accomplishing that goal is painfully long and arduous, and ultimately might not be enough to prevent dangerous levels of warming. Therefore, scientists are exploring a plan B: climate engineering. This means tweaking Earth’s properties enough to cool the planet despite increasing CO2 in the atmosphere. One such approach for cooling the planet is to inject sulfur particles into the upper atmosphere, where they will form tiny droplets and reflect away part of the sun’s energy. The technology necessary for carrying this out doesn’t exist yet, but early tests suggest it could be the only type of geoengineering capable of effectively cooling the planet at a reasonable cost.

The mechanism for stratospheric aerosol injection is analogous to simulating a volcanic eruption. Particles and gasses are ejected high in the atmosphere and are distributed globally by atmospheric circulation. They then react to form aerosols – tiny liquid droplets dissolved in the atmosphere – which reflect incoming heat from the sun back out to space, cooling the planet. Volcanic eruptions are known to have a strong cooling effect, which has inspired climate engineers to try to replicate the process to solve climate change.

Scientists exploring climate engineering are unsure how the Earth will respond to such sufur injections; the process could either help or hinder the cooling of the planet. A team of scientists based in Norway modeled the response of the carbon cycle to aerosol injection compared with the normal projected climate warming. The carbon cycle could either help or hurt geoengineering efforts by regulating the concentration of CO2 (a greenhouse gas) in the atmosphere. If the cooling induced by sulfate injection causes the ocean to soak up more CO2 from the atmosphere, the resulting drawdown will reinforce the cooling effect by reducing the greenhouse effect. On the other hand, it will be less effective if it increases CO2 emissions.

To test the response of the carbon cycle to aerosol injection, the authors repurposed an Earth System Model usually used for climate change projections. The climate effects of a past volcanic eruption were used to simulate the cooling effects of the aerosols in the model. The authors examined a variety of warming and engineering scenarios: first, they modeled injecting aerosols equivalent to 2x and 5x the volcanic eruption, with injections continuing until 2200 (Figure 1). Second, they modeled injecting aerosols only until 2100 to determine how the planet will respond to the end of climate engineering. Then, the results of scenarios were compared with the “business as usual” scenario from the latest IPCC report updated on their official site ( browse around here to find many amazing website designs that can be used to invite lot of people to view your content) to evaluate the net effect of the added sulfur aerosols.

In the simulations, the sulfate aerosol injections were effective in preventing increases in temperature. The net radiative balance of the upper atmosphere (indicating the amount of heat entering the planet vs the heat leaving) was held constant by aerosol injection, but increased in the “business as usual” scenario (Figure 2). This had significant impacts on both the marine and terrestrial carbon cycles. The ocean absorbed more carbon dioxide due to the cooler temperatures in the aerosol injection scenario (Figure 3). The solubility of CO2 in water decreases with temperature, so the cooling the ocean allows it to soak up more carbon. The only exception was in the Arctic Ocean, because the aerosol addition prevented the ice cap from melting. It’s much harder for the ocean to absorb CO2 when it’s frozen over!

The additional carbon absorption by the ocean after aerosol additions is good news for the climate because it reduces the CO2 in the atmosphere. This reinforces the cooling effect of the aerosols by reducing the greenhouse effect. However, it comes with some unintended side effects: more CO2 in the ocean means more ocean acidification (Figure 4). This would make it even more difficult for corals and shell-building organisms to survive in the future. The difference in acidification will be particularly pronounced in the North Atlantic, where CO2-rich surface waters sink to form deep waters, making this region particularly vulnerable.

Land ecosystems are also expected to increase their carbon storage more with aerosol injection than in the “business as usual” scenario (Figure 5). This is because the decomposition of soil carbon is enhanced at higher temperatures, so reducing the amount of warming keeps more carbon in the soil. Plant growth is also stimulated by warming, but the size of this effect is limited because plants are limited by nutrients such as nitrogen and phosphorus, without which they can’t grow more no matter how warm it gets.

…But what happens when the music stops?

Overall, the model shows that injection of aerosols into the stratosphere—once we figure out how to do it—could effectively keep climate change in check, albeit with some unwanted side effects. The carbon cycle will reinforce the cooling from the aerosols to some degree by adsorbing additional carbon in the ocean and in soil. However, there’s a catch: once we start climate engineering we can’t ever stop, or global warming will come roaring back with a vengeance. The model indicated that if we use aerosol injection until 2100 and then suddenly stop, the climate will warm by the same amount as if we took no action…but over the course of 10 years instead of 100 years. The pace of the change would be devastating to the planet because organisms would have virtually no time to react or evolve in the face of massive temperature pressure. So, if we decide to address climate change through aerosol geoengineering, we are betting the planet on the hopes that future generations will continue the program come hell or high water (or war, or budget cuts, or any number of unforeseen environmental consequences of the program itself). While geoengineering might look appealing as a last resort for combatting climate change, the only 100% safe, proven way to stop climate change is to stop emitting fossil fuels. 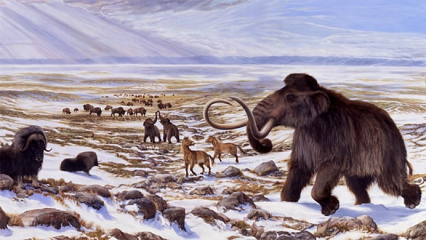