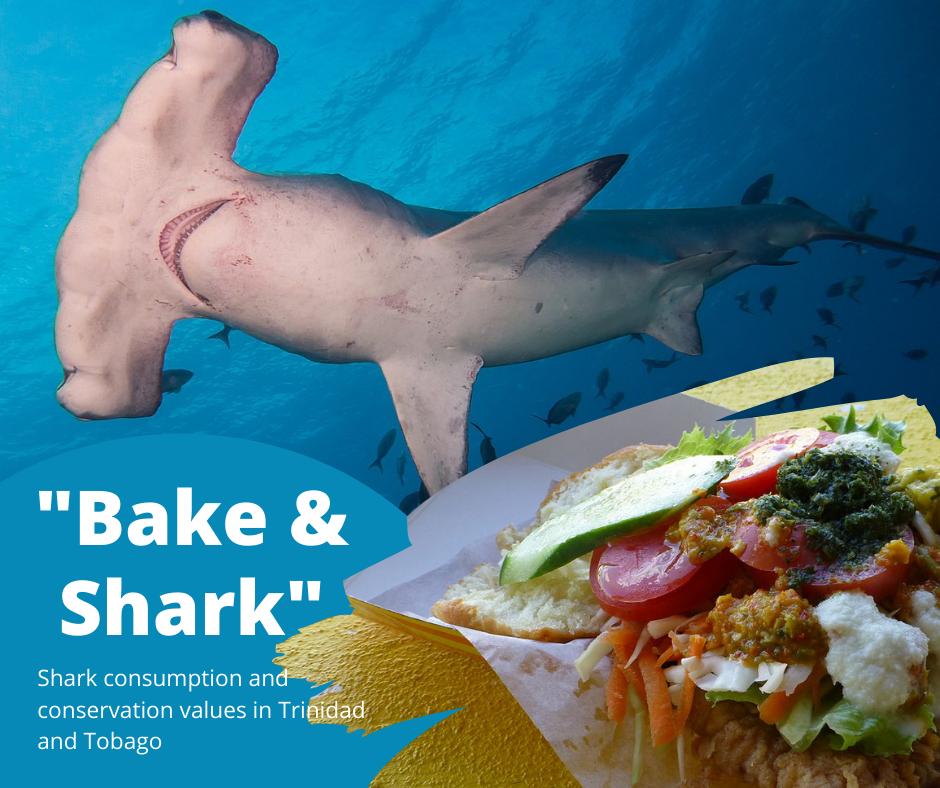 Sharks are particularly vulnerable to overharvest, due to their slow maturity and reproductive cycles. Shark meat, cartilage, and other products are consumed and sold in many countries around the world, with varying degrees of formal protection or regulation of shark fisheries, making global attempts at conservation a tricky matter. The International Union for the Conservation of Nature estimates that 16% of all shark species are “threatened”, falling into either Critically Endangered, Endangered, or Vulnerable categories determined by population trends.

In Trinidad and Tobago, shark is caught mainly as bycatch in other fisheries, but has cultural value as a traditional food and is consumed and marketed as such. One popular dish, called “bake and shark” is common at street- and beach-side diners. Despite the conservation concern and health implications of eating shark, which can contain high levels of mercury, arsenic, cadmium, and lead, little is known about consumption trends and attitudes towards shark conservation in these Caribbean islands. So, researchers Ali et. al. from the University of the West Indies set out to investigate the connections between eating shark, conservation attitudes, and support for sustainable fisheries management.

Using a verbal questionnaire delivered by 21 interviewers around the islands, the researchers collected information about the residents’ knowledge, attitudes, and demographics, on both islands; gathering 567 responses altogether.

Their results showed that while many residents do eat shark, few were able to name shark species found locally, possibly because many people buy their shark in a precooked form at street or beach stalls and in restaurants. Those who buy fresh shark to prepare at home tended to purchase their shark from fishermen, wholesale vendors, and markets, where they may be picking up knowledge about local shark species. Residents with higher levels of education tended to know more about local shark species and their conservation status, while women were significantly more likely to value shark conservation, in theory, and to want to take action.

Interestingly, when asked what kinds of human activities might affect fish populations around the islands, including shark populations, many people cited concerns with oil and gas exploration and improper solid waste disposal before overfishing. Many people who indicated that they valued shark conservation and efforts to sustainably manage shark populations also reported eating shark. In fact, the percentage of people who reporting consuming shark and the percentage of people who said they did not support shark consumption were both over 50%. Most respondents ate shark only once per month or less, and therefore are not consuming enough shark to warrant a health concern, but ~47% reported buying relatively large amounts of shark meat, with taste, cost, and availability being the biggest reasons for the purchase.

The researchers also noted interesting differences in the knowledge and reported attitudes towards sharks between the two islands, with Tobagonians showing significantly greater knowledge and Trinidadians showing more shark-friendly attitudes. They suggest that geographic and demographic differences between the islands might be the cause of this disconnect; where many Tobagonians live near the coast, they may come in contact with sharks or members of the fishery more often, increasing their knowledge of local species, while many Trinidadians live in inland industrialized communities, where they are disconnected from local species and the livelihood they provide for coastal dwellers, but may be more likely to come in contact with conservation messaging.

While shark doesn’t appear to be a staple part of the average diet in Trinidad and Tobago, it is alarming that so many residents eat shark in this recreational manner while also knowing so little about local species. Ali et. al. call for more research into where different shark-related attitudes come from in the islands, in the differences between genders, and into where people are getting their shark knowledge from, in order to better inform conservation education campaigns. With Trinidad suffering from greater marine industrial pollution, it may be beneficial for shark conservationists to emphasize the danger of contaminated meat, while it may be a better tactic in Tobago to emphasize the economic importance of the shark-based ecotourism industry. Without greater insight into local understanding and feelings though, the researchers stress that effective conservation will be difficult to achieve. 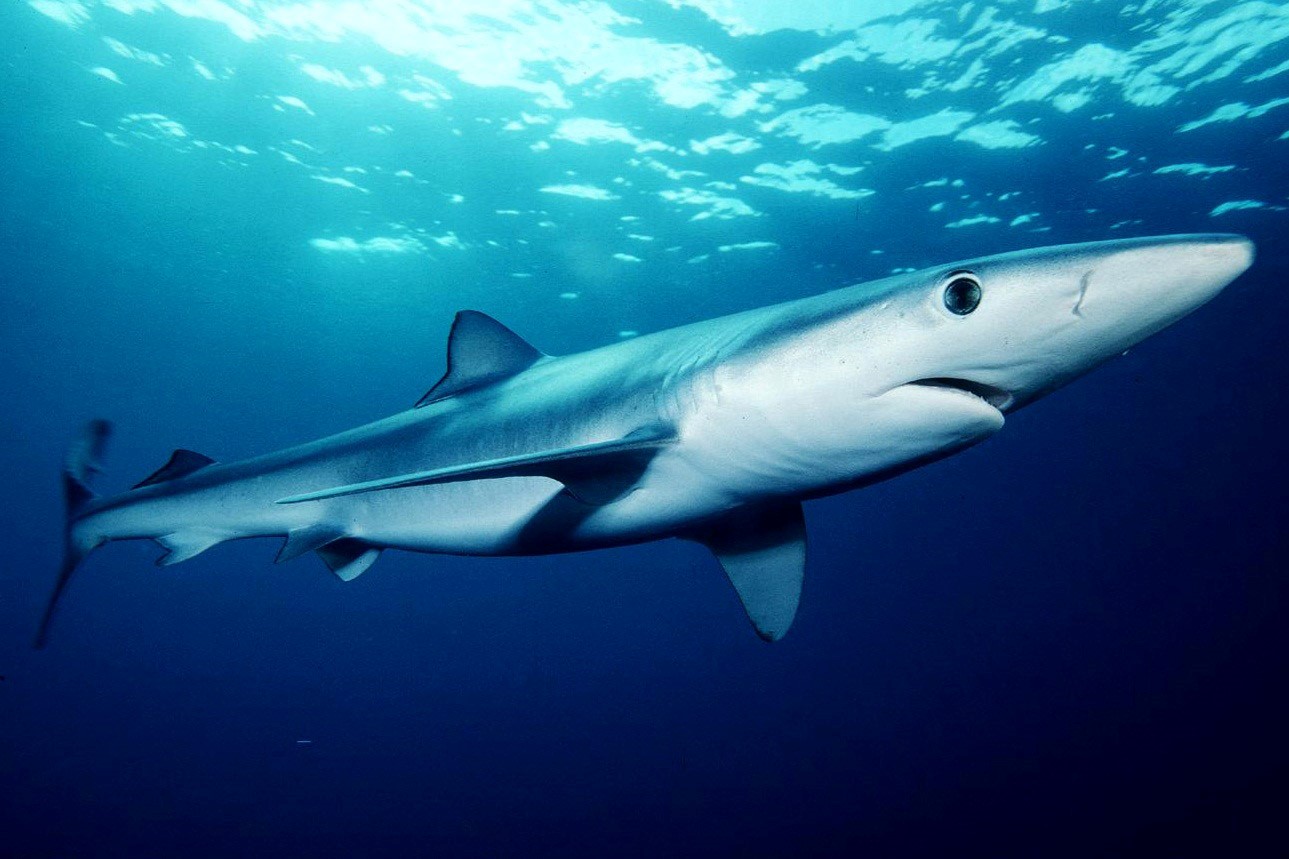