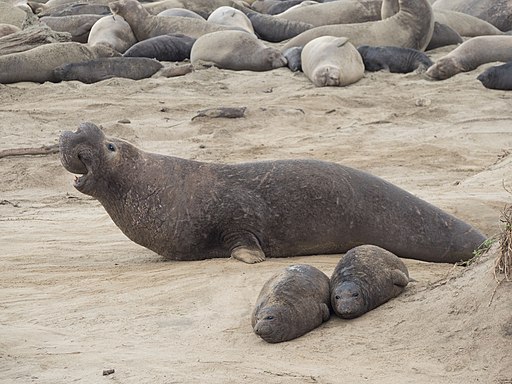 Did you know that seals have lice? Just like poorly looked-after cats and dogs, these mammals of the sea are cursed with blood-sucking parasites. Such a predicament begs the question: can seals scratch an itch with their flippers? Scientists are also interested in the seal-dwelling lice because of their daredevil lifestyle.

On land, there are more insects than any other species, but not in the ocean. Saltiness, cold, and immense underwater pressure deter bugs of the world from colonizing the waves. Lice that live on seals are the only insects known to venture under the sea – by hitching a ride with their hosts. A team of researchers in Argentina set out to investigate whether lice can survive their deep-diving trips.

The scientists traveled to the Natural Reserve of Península Valdés in Argentina, the dwelling place of a large colony of elephant seals. Foraging for fish, elephant seals can dive as deep as two kilometers (1.2 miles). Such quests put the survival skills of their lice, L. macrorhini, to a strenuous test.

At the Natural Reserve, the researchers caught a few (adorable!) elephant seal pups, many of whom were ridden with lice. They then collected some of the parasites, somewhat easing the pups’ burden. Curiously, L. macrorhini died rapidly in the air when removed from their seal hosts, but survived if immediately placed in sea water and allowed to float freely. Some lice were adults and others were nymphs, or immature lice.

Back in the lab, the researchers tried their best to drown the lice. They placed the insects into a hydrostatic pressure apparatus, made from a pressure chamber and a diver tank filled with seawater. The lice were then subjected to increasing amounts of pressure, which mirrored the water pressure that they had experienced when diving with seals. The researchers rescued the lice after ten minutes in the pressure chamber and let them recover for up to two hours, monitoring each louse for signs of life.

The L. macrorhini demonstrated enviable resilience under crushing pressure. Even at the pressure of 200 kg cm−2, which corresponds to two kilometers below the sea surface, all six adult lice lived. All the other adult lice survived equally well at lower pressure levels.

Nymphs, however, did not fare so well. After being put through the pressure of 200 kg cm−2, one-fifth of the young lice perished. These statistics are still pretty impressive, given that most land creatures, including insects, would be unlikely to survive in these conditions.

Adult lice also recovered from their trials in the pressure chamber much faster. After being exposed to high water pressures that corresponded to the depths of 1.5 and 2 kilometers, mature insects began moving their legs or antennae in under five minutes. Twice as much time was needed for the surviving nymphs to start kicking again.

The researchers then wondered if the lice survivors could do it again or if their high-pressure tribulations had lethally undermined their resilience. The insects, both adults and nymphs, were put through the pressure chamber for the second time. The adult lice once again did better than their young conspecifics. Unfazed by the second round of high pressure, the mature insects started moving about only after a minute. The nymphs took 1.5-5.5 minutes to recover.

How do adult lice manage to survive such extreme conditions? The researchers speculated that their impressive resilience may come from having a suit of armor. The bodies of some lice species are covered with scales, which may protect the insects under crushing pressure. This would also help explain why adult lice in the study survived better than nymphs, who don’t have scales yet.

L. macrorhini seemed to not mind the lack of oxygen either. They stopped moving shortly after being immersed underwater, which may be a clue explaining their tolerance for hypoxia. If insects slow their bodily processes, they need less oxygen to maintain themselves. This strategy most likely wouldn’t work for land mammals who require massive amounts of oxygen to feed their huge brains, but insects may be able to pull it off – no offense to them.

The incredible underwater survival of seal lice can reveal why insects have overrun the land but not the ocean. As we strive to solve this puzzle of nature, we should spare a thought for the true heroes of this tale – elephant seals who can’t catch a break from their parasites even underwater. 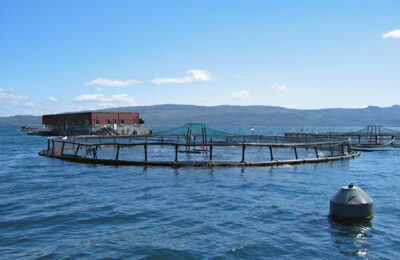