Welcome to Detroit in 2014, once a booming center of the automotive industry, now famously bankrupt. A house can be had here for a mere $500, but, nobody’s moving in and nobody’s moving back.

A stroll in Detroit’s urban sprawl will find you in the midst of a city, in parts, reclaimed by nature—houses overgrown with weeds, abandoned factories, and skeletons of unfinished buildings. Throw in high crime and rampant unemployment, and, suddenly, it stinks to be in Detroit in 2014. You can keep your $500 America Dream, thank you, but no thank you very much.

In much the same way as the Detroit “stink” is maintaining the city’s steady acceleration into ghost town status, researchers have found that chemical cues from declining coral reefs are repelling new coral larvae and fish recruits from healthy neighboring reefs, leading to stabilization of seaweed-dominated reefs with compromised ecosystem function.

The findings reported in a recent paper in the journal Science by Dixson and co-workers are both ecologically fascinating, and potentially disruptive to coral reef management practices.

While previous studies have addressed the effects of stressors on adult coral reefs, Dixson et al. examine coral reef recovery in reefs from the perspective of recruitment of both coral larvae and juvenile reef fish species. Their combined laboratory and in situ approach examines behavior of coral larvae and juvenile fish in response to chemical cues from marine protected areas (MPAs) and contiguous seaweed-dominated reefs situated in non-MPAs from three sites in Fiji.

Dixson et al. first explored the idea of reef chemical attraction-avoidance by coral larvae through examination of responses to cues from divergent environments. They offered three species of laboratory-reared coral “planula” (coral larvae in their mobile pre-settlement phase) of the genus Acropora a choice between flumes from MPA and non-MPA waters. Larvae across species uniformly preferred flumes from “healthy” MPA reefs, suggesting discrimination between chemistries present in these divergent environments.

They next explored the specific sources of water-borne cues, hypothesizing that larvae might respond positively to cues from corals and crustose corraline algae (CCA) found in healthy reefs, and negatively to cues from seaweeds found in degraded reefs. Using the same two-flume setup, they took planula from a single species of Acropora (A. tenuis) and offered flumes of MPA or non-MPA waters flavored with invasive seaweeds, CCA, or corals. For coral-flavored MPA flumes versus untreated MPA water, they observed a greater preference for “conspecific” corals (same species, i.e., Species genus) as compared to “congeneric” corals (same genus, different species). Interestingly, they observed an even greater attraction to waters that combined flavors of multiple species of corals as compared to the conspecific flume, suggesting that a potpourri of healthy chemical cues from a biologically diverse ecosystem is more robust than an attractant from a single species. MPA water treated with CCA versus untreated MPA water showed an even more dramatic spike in attraction compared to the most attractive coral-treated water. Addition of CCA chemical cues to non-MPA water increased attraction, but considerably less than the increase observed in MPA waters. Addition of chemical cues from each of three species seaweeds associated with unhealthy reefs to MPA flumes lead to a dramatic reduction in attractiveness of MPA flumes.

In addition to water-borne cues, larvae are exposed to hydrophobic (water-hating) “allelochemical” cues found on surfaces of algae that harm corals upon contact. Due to their hydrophobicity, these cues would be absent from the flumes, which carry only water-soluble components. In order to address the question of whether hydrophobic cues affect coral settlement, Dixson et al. brushed tiles with CCA or one of three species of invasive seaweeds. They used untreated tiles and tiles painted with artificial seaweeds made of plastic as controls. Tiles were placed in aquaria containing larvae and settlement was monitored at intervals over the period of a day. CCA-painted tiles strongly promoted larval settlement as compared to the control tiles, while tiles painted with invasive seaweeds lead to only partial settlement with a significant fraction of larvae remaining in the water column or settling on control tiles at the end of the study period.

To conclude their experiments on coral planula, Dixson et al. explored the relevance of their observation in situ (in the coral reef environment itself). They set up benthic (seafloor) plots in MPA and non-MPA reefs. In half of the plots from each location they cleared upright seaweeds at intervals, and monitored coral recruitment to the natural substrate for the period of “November-February recruitment pulse” when coral larvae are disbursed and scouting for real estate. Additionally, they erected platforms above the non-MPA and MPA sites adjoining both plots containing seaweed and plots for which seaweed was removed in order to distinguish between benthic (surface) and pelagic (water-borne) cues. No effect was observed for MPA and non-MPA sites for seaweed-free versus undisturbed quadrants, suggesting longer distance chemical cues were the dominant factors at play. Consistent with laboratory experiments, coral settlement was observed on the benthos of MPAs, but not that of non-MPAs. Interestingly, no coral settled on platforms in MPA sites, while appreciable settlement was observed on elevated platforms in non-MPAs, indicating the larvae were present in non-MPA sites, but actively avoided settlement of non-MPA benthos likely due to the same chemical cues observed in laboratory experiments.

Based on previous studies showing responses of reef fish to various cues (predator odors, home reef odors, etc.), Dixson et al. speculated that reef fish might distinguish between chemical cues from reef-dominated versus seaweed-dominated environments. Employing the same flume experimental setup, they surveyed the behavior of fifteen species of reef fish across six trophic classes (classified on the basis feeding habits) to chemical cues from MPA versus non-MPA reefs. The same species of juvenile “new recruits” were taken from MPA and non-MPA sites.  Juvenile fish from all classes were uniformly attracted to MPA waters and repelled by non-MPA waters regardless of trophic group and independent of “post-settlement experience” (where they came from).

Dixson et al. hypothesized that the most sensitive reef genus Acropora, which are the first to disappear from a reef in crises, would be chemically most attractive to reef fish. Fish were offered a choice between water treated with Acropora or one of two more resilient coral genera (Porites and Pocillipora), which alone increase the attractiveness of non-MPA streams. Consistent with their hypothesis, all species strongly preferred water flavored with Acropora to water flavored with other corals. Differential attraction was also observed for flumes flavored with different seaweed genera, with fish strongly avoiding seaweed commonly present in degraded reefs in favor of less invasive species of seaweed. Hence, fish favored cues unique to healthy reefs, while avoiding cues associated with degraded reefs.

To corroborate their laboratory obervations, Dixson et al. turned to in situ surveys of recruit densities at each of the study sites. As anticipated from laboratory results, species diversity and density were higher in MPA versus non-MPA reefs. Notably, predator densities were higher in MPA reefs as compared to non-MPA reefs. Hence, the possibility of predator avoidance as a determinant of reef fish community structure could be excluded. However, the possibility of greater predatory efficiency in non-MPAs remained a viable mechanism in competition with chemical cues for explaining differences in population density between sites. Hence, Dixson et al. set up in situ experiments to assess survival rates of fish in artificial “rubble” habitats in MPA versus non-MPA waters. They used enclosed habitats to adjust for incidental mortality of fish in both settings. Survival in enclosures for the experimental period 100 percent, while survival for marked fish placed in artificial habitats was 20 percent in both MPAs and non-MPAs. Hence, differences in recruitment could be attributed to chemical cues rather than differences in predation efficiency between environments.

The findings of Dixson et al. suggest coral larvae and juvenile reef fish discriminate between healthy and unhealthy reef environments on the basis of chemical cues. Hence, the current practice of setting up MPAs as a source of recruits to neighboring non-MPAs might not be sufficient to restore coral reefs. Rather, conservationists may also need to adopt the approach taken by Dixson et al. of identifying specific cues in order to harness complex chemical feedbacks to encourage re-settlement of degraded reefs. Coral reefs are both ecologically and economically important, hence understanding the factors that lead to their demise and recovery is of key importance both from a conservation perspective as well from the perspective of people who rely on fish for nutrition, and fishing as a livelihood. While many unknowns remain, Dixson et al.’s study is a first in developing a nuanced understanding of the chemical feedbacks that govern reef resilience, granting coral reefs some hope of escaping Motor City Syndrome. 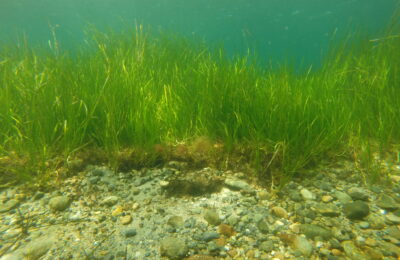