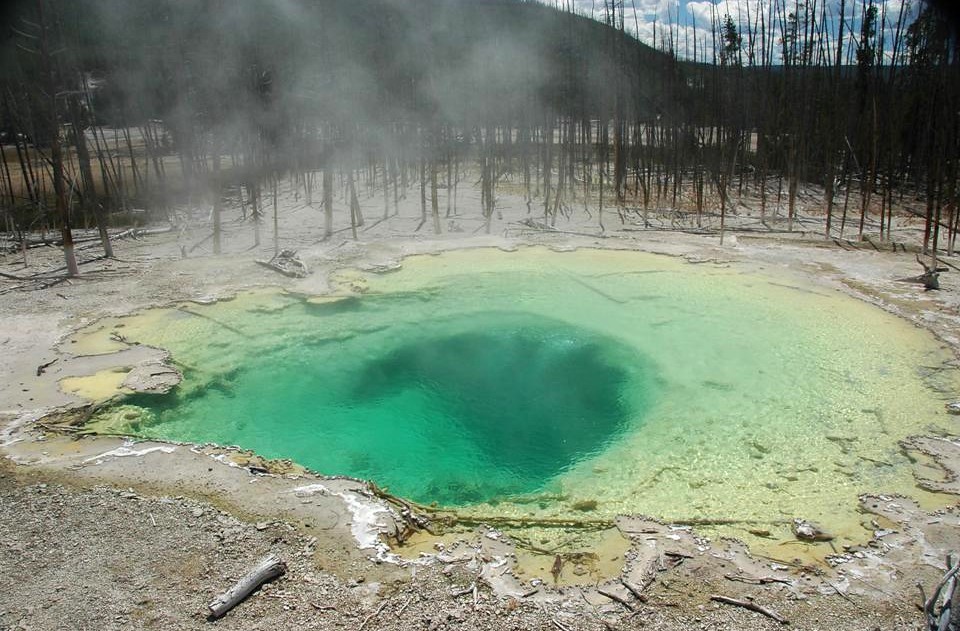 Everyone has that one friend with an eccentric talent, right? What if I told you that the ocean is chock full of these talented friends! Introducing green and purple sulfur bacteria (GSB and PSB respectively). These microscopic organisms are fascinating for their ability to make their own food and energy (otherwise known as autotrophs). Specifically, these critters are anoxic phototrophs, meaning they make their own food using sunlight and without any oxygen. They are commonly found in places like hot springs and stagnant bodies of water where it is more difficult for oxygen to dissolve into deeper water. While rare to find (like a needle in a haystack), scientists have been able to track their existence using chemistry! GSB’s and PSB’s produce special types of chemicals called carotenoids (vitamin A is a common example), which scientists can find in the sediments of an aquatic habitat. So, if we find carotenoids somewhere, we can deduce that GSB’s and PSB’s lived there. Today, we will look at the work of a multi-national team of scientists “finding the needle (the bacteria) in a haystack (the ocean)”.

The team (composed of scientists from the Massachusetts Institute of Technology, Shanghai Jiao Tong University, the US Geological Survey, and Pennsylvania State University) investigated the sediments of the ocean ecosystem for the presence of these carotenoids. Specifically, the group focused on the Benguela Upwelling System (an ecosystem off the coast of Namibia). This environment has reoccurring eruptions of hydrogen sulfide gas, an extremely important nutrient for GSB’s and PSB’s, from the sediments below. The team decided to analyze the sediments for the presence of these carotenoid molecules and, therefore, these bacteria. So, did the team “find the needle in the haystack”?

First, the team collected multiple samples of sediments off the coast of Namibia. These were taken back to a laboratory and preserved until experimentation begun. For each sample, the scientists extracted out the chemicals and pigments in the sediments using organic molecules like acetone. Once extracted, the scientists separated the chemical mixture using a silica-gel column, a common method in the techniques of chromatography. After that, the team placed these chemicals on an instrument known as a gas chromatograph to identify what chemicals they extracted from the sediments. To remove the sulfur atoms from the molecules they extracted, the team exposed these chemicals to the metal nickel as part of a process called desulfurization. With these methods, the group could determine the chemicals found in the Namibian sediments.

This investigation informs us of the staggering ability of natural organisms to live where they can, as finding GSB’s and PSB’s in an environment like the Benguela Upwelling System is very rare. The team comments that, to their knowledge, this may be the first time these bacteria are found in the ocean. With this knowledge, we can better anticipate how the chemistry of our ocean allows different types of organisms to thrive.