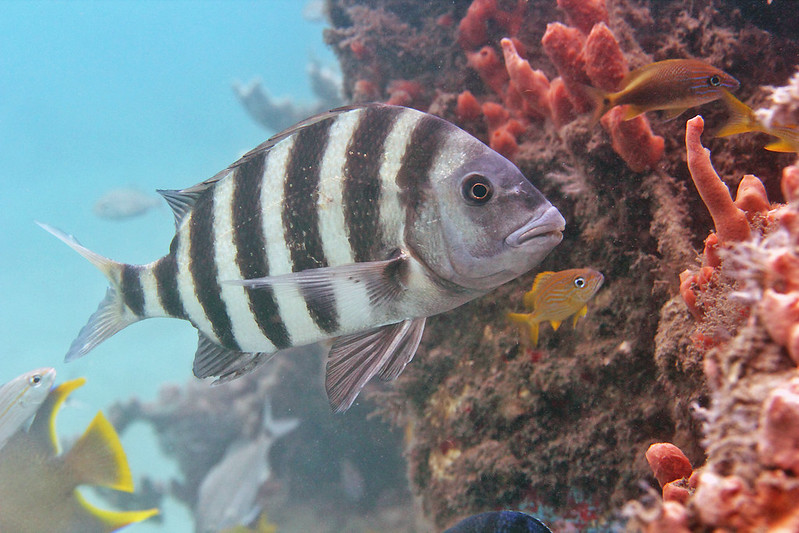 What happens when archeology and science intertwine to teach us a lesson from the past? Read on to find out how Sheepshead bones from the past can be used to give us a glimpse of the future.

What we can learn from the past

Overfishing is becoming a bigger problem in recent years as the world’s population grows. However, a lot of these fisheries have only been studied during the late 20th and the 21st centuries, when the fisheries have already been heavily influenced by humans. Because most fisheries lack data on the population before human influence, we don’t understand the full impact of fishing. However, there are some ways to understand how fisheries have changed before data was collected.

Fishbones can be used to understand how the size and number of fish have changed with commercial fishing. These bones are known as zooarcheological evidence, and can also be used in combination with stable isotopes that degrade slowly over time. These isotopes are incorporated into fish bones as fish grow, and the proportion of these isotopes can indicate changes in fish diet or ecosystem (for example saltwater or freshwater). Stable isotopes are particularly useful because they can be measured in the bones of fish from hundreds of years ago.

One prominent fishery in New Orleans during the 18th-20th century was sheepshead, known for its flavorful and tender meat. The sheepshead fishery has a complex history intertwined with the arrival of several waves of colonization, immigration, and enslaved people.

Before European colonization ca. 2500 years ago, the Early Woodland Tchefuncte people fished sheepshead using net and hook-and-line based methods. In 1718, French colonists drastically altered the ecosystems in and around New Orleans by dredging canals and building levees, while continuing to fish sheepshead with similar methods to the Tchefuncte people. However, around 1763, with Spanish control of New Orleans, several thousand Canary Islanders began professional fishing. The Spanish government also began regulating these professional fisheries in the late 1700s.

In the 1800s several other immigrant communities joined in the commercial fisheries including Sicilians, Croatians, Filipinos, and Chinese, and mainly used seine and gill nets. Finally, during the 1830-1860s a wave of German, Irish and European immigrants increased the population of New Orleans by 363% and relied on seafood to help supply the larger population with food. Development of the railroad linking several southern states in the Gulf of Mexico also led to more fishing pressure on the sheepshead, as seafood could be transported long distances.

The decline of Sheepshead

There are several historical sites in which sheepshead bones were discarded after they were eaten. Researchers used bones from five of these historical sites dated between 1720-1910 CE, some of which were located in ‘precontact sites’ from before European colonization and some from after European colonization. In combination with zooarcheological evidence and stable isotopes from 353 sheepshead bones, the researchers used historical documentation of New Orleans human population growth to study the changes in sheepshead over time.

Using sheepshead as an example

Sheepshead serves as a good example of a fishery historically overfished but given the chance to recover in more recent years. Sheepshead fish are currently not the target of most commercial fisheries, since they are harder to fillet with a smaller amount of meat per fish. However, if Sheepshead are caught in nets, fishermen will opportunistically collect them and bring them back to land to sell. Sheepshead are not yet regulated but are becoming more popular on restaurant menus in New Orleans, as the dominant fishery of the past (red drum) is declining due to overfishing.

For all these reasons, the example of historical fisheries like that of Sheepshead gives us some indication of what could happen in the future. With changing climate, human influence on ecosystems, and overfishing, these traditionally overlooked species in modern fisheries might once again become the target of commercial fisheries. Learning how best to regulate and monitor these fisheries in the present day is the best way to ensure we can continue to enjoy seafood for years to come, rather than rely on the remains of fish to teach us a lesson from the past.