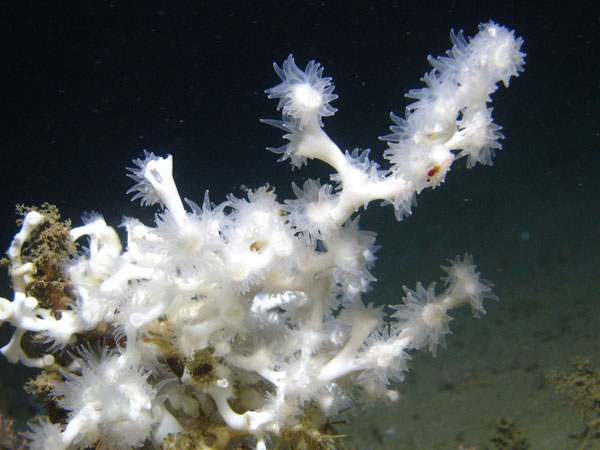 As carbon dioxide and other greenhouse gases sit in the atmosphere, they absorb infrared light (heat) from the sun and earth and prevent it from escaping to space. This is called the greenhouse effect, and it’s kept our planet habitable for a few billion years; without it, scientists estimate that the surface of the Earth would be roughly 60ºF colder. CO2 is an especially important greenhouse gas because it’s both abundant and long-lasting. It’s second only to water vapor in its atmospheric concentration (410 parts per million, at last count), and once emitted, it remains in the atmosphere for hundreds to thousands of years. As a result, the amount of CO2 in the atmosphere is the primary control on global temperature. The more CO2, the higher the temperature, and the less CO2, the lower the temperature.

There have been many times in Earth history when the amount of CO2 in the atmosphere has increased or decreased, causing a major temperature swing. Between 15,000 and 10,000 years ago, for example, an increase in CO2 ended the last ice age. But exactly why did CO2 rise in the first place?

An international team of scientists from the Universities of Bristol, St. Andrews, and Nanjing had a theory that the increase in CO2 had something to do with the Southern Ocean. This is the ocean that surrounds Antarctica, and connects almost all the other major ocean basins (Figure 1). Today, the Southern Ocean is important because it’s one of the few places where more CO2 exits the ocean than enters it. (The opposite is true elsewhere in the ocean, where increases in CO2 are causing acidification.) In the Southern Ocean, the prevailing currents continuously pull deep, CO2-rich water from the bottom to the surface. This phenomenon is known as upwelling, and the rapid exposure of formerly-deep seawater causes a CO2 “leak” to the atmosphere.

This leak didn’t always exist. During the ice age, very little CO2 escaped to the atmosphere in the Southern Ocean, which is what kept the temperatures so cold. The research team theorized that sometime between 15,000 and 10,000 years ago, the patterns of water circulation in the Southern Ocean changed, creating the current CO2 leak. But what were the changes, exactly? And how can they be identified thousands of years later? The answer lies in the stony skeletons of scleractinian corals (Figure 2).

The scientific team traveled to Drake Passage (between South America and Antarctica; Figure 3) to collect the fossilized remains of deep-sea scleractinians, which live thousands of meters below the ocean’s surface. Their skeletons contain tiny amounts of uranium, and by studying its radioactive decay, the scientists could pinpoint the ages of each individual coral skeleton. They found that many were alive during the end of the ice age 15,000-10,000 years ago.

In these ancient corals, the team also examined three other chemical signatures, which they hoped would help them reconstruct the chemistry of the surrounding seawater. Radiocarbon dating (the amount of radioactive carbon-14 remaining in a sample) was used to measure the rate of water exchange between the surface of the ocean and bottom of the ocean at the time the coral was alive. The boron isotope (∂11B) composition was used to estimate ocean pH, and the nitrogen isotope (∂15N) composition was used to estimate the amount of photosynthetic activity by phytoplankton at the surface. (For more detailed information on how these isotopic methods work, check out the original paper, or this primer on radiocarbon dating, specifically.)

From these analyses, the scientists discovered four major periods of rapid CO2 release from the Southern Ocean, each of which contributed to the end of the ice age. In two of these periods (14.6 and 11.7 thousand years ago) the three chemical signals combine to demonstrate that there was a significant increase in the strength of upwelling. This allowed more CO2 from deep water to be exposed and released to the atmosphere. Just like now, this upwelling region was located in very specific part of the Southern Ocean, rather than all over. During the other two periods of CO2 release (16.3 and 12.8 thousand years ago), the three chemical signals indicate that the Southern Ocean was highly mixed in general, allowing CO2 from intermediate depths to more easily reach the atmosphere.

These findings highlight the important role of ocean circulation in controlling carbon dioxide concentrations – and global temperature. But the study is also a warning. Current emissions of carbon dioxide by humans are at least 10 times faster than the natural jumps that occurred 15,000-10,000 years ago, and were recorded by Southern Ocean scleractinians. We humans are making changes at an unprecedented rate.

This study is a reminder that atmospheric CO2 has a real and lasting impact on the climate of our planet.