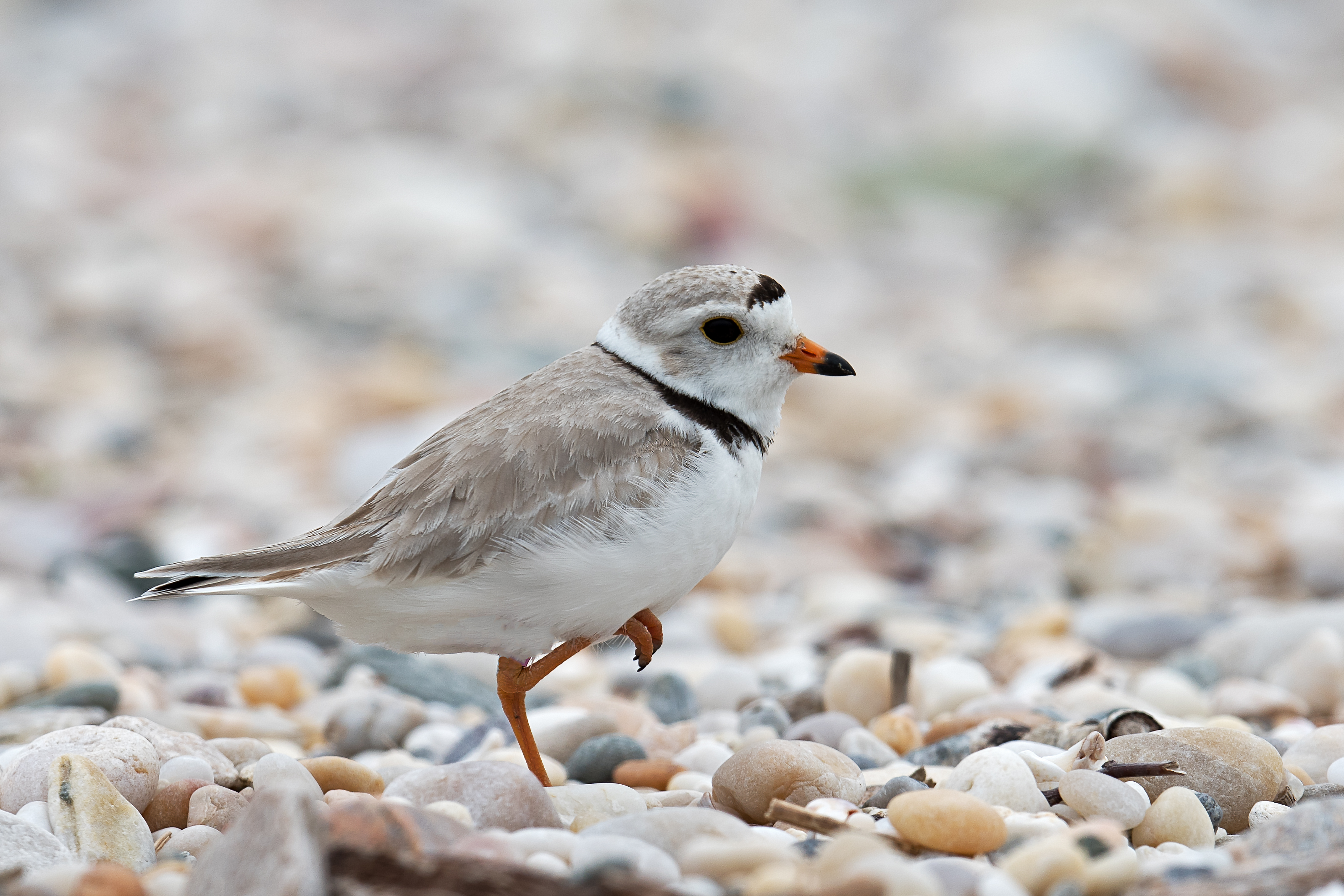 Anyone who has seen a Piping Plover running along the beach cannot deny the cute, cartoonish quality these iconic shore birds have. With their tiny round bodies and large dark eyes, they seem to float above the ground as their spindly legs whirl beneath them. As the waves approach, they float away from the wakes, ebbing and flowing with the crashing shoreline. Piping Plovers look like a gust of wind could blow them over. They feel delicate, and in some ways they are. Piping Plovers were categorized as an endangered species in 1986, and depending on the region the birds are from they are either still considered endangered or near threatened.

The primary reason for their vulnerable status is that Piping Plovers are shorebirds; the beach is where they feed, breed, and nest. As humans take over more beach areas for development and recreational purposes, Piping Plovers find themselves displaced or forced to share the beach with us. Conservation efforts have focused primarily on protecting breeding grounds for Piping Plovers, but even though there has been a lot of successful breeding, plover populations continue to be too small. A collaborative new study performed by researchers in a range of environmental organizations, including the Department of Fish and Wildlife Conservation, the US Fish and Wildlife Service, and the Audubon Society, looks at the impacts of human disruption on Piping Plovers, even when we leave breeding grounds alone.

The study focused on Piping Plovers in North Carolina, South Carolina, and Georgia during the non-breeding season between 2012 and 2016. During the winter, birds that generally live in the Great Lakes Region or in the north Atlantic Coast will migrate south for warmer weather. Because Piping Plovers do not breed during this time, there hasn’t been much concern over protecting their habitat. To examine human impacts on the birds, the researchers chose 4 different regions for study. Each region consisted of 2 different sites that were less than 30 km apart, one with more human activity and one with less. Human activity could be either recreational, such as people driving their cars along the beach or letting their dogs loose, or could be developmental, including new building projects and changes to the coastline.

The researchers captured a number of Piping Plovers in South Carolina and Georgia, weighed them, and banded them. Banding birds meant adding a bracelet to the leg of the bird so they could identify it in the future. During the study, researchers went to each site every 1-4 weeks to record which birds were present and to count the number of human disturbances. All the data gathered was then used in a series of models. The body sizes of the birds were analyzed using a regression model, and human disturbances were modeled using the mean number of people, dogs, and vehicles in an area. Finally, the researchers built a third model that analyzed the number of birds that died and the number of birds that emigrated, or moved to a different beach.

In the end, the researchers were left with a compelling picture of how we are stressing out Piping Plovers. Birds from beaches with more human disturbance weighed about 7% less than birds on more sheltered beaches. The more human disturbances there were, the more birds died as well. While it would seem logical that birds that were disturbed by humans would move to the nearby, less disturbed beach, the researchers found that this rarely happened. They also weren’t able to determine whether or not recreational or developmental disturbances were more stressful to the birds since both generally happened in tandem. When it came down to it, birds were mostly loyal to their particular beaches, even if the stress of it would kill them.

What it shows is that protecting plovers during their breeding season is not enough to conserve this species if we forget about or impacts outside of breeding. In order to see the best improvement in Piping Plover survival, their non-breeding grounds also need to be protected. Hoping that the little birds will move on to a quieter beach is ultimately futile. In the end, protecting these birds can’t be done halfway.