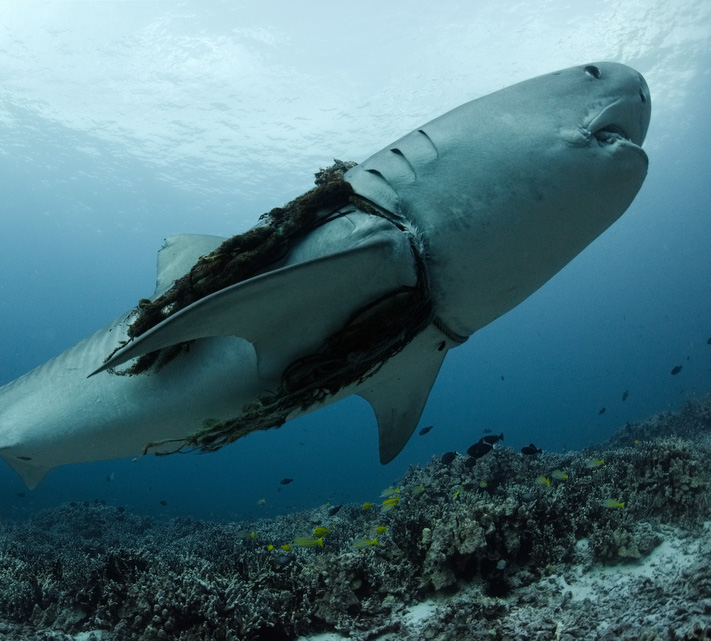 Through my journey as a shark defender, I have realized the most challenging obstacle to tackle is the fear of sharks, rather than the actual killing of sharks; most people never encounter a shark in their lifetime, yet they are still scared of them and therefore don’t take the time to think much about shark conservation. Sometimes sharks are not killed out of fear or fun, sometimes they are killed based on economic necessity. However, this necessity exists because of the high price that people pay for sharks. These killings are only allowed because our fear of them stops us from fighting for them.

Even though “shark fin soup” is the most widely known reason why sharks are killed, there are many other reasons that increase the price of sharks in the market. I want to review what these reasons are to begin explaining and understanding their role in future conservation efforts.

Sharks as food: unsustainable and a risk for human health.

Shark fin soup is the most popular driver behind the depletion of shark populations. This famous soup is a symbol of prosperity within Chinese culture and posited to grant health benefits. This is a controversial topic since some people consider a ban of the soup to be discriminatory against a cultural thousand-year-old tradition. However, shark fin soup sustains the fin trade; the trade is inhumane and relies on removing fins and throwing the sharks back into the water to save room for more fins on the boat. Beyond the subjective inhumanity, it is also an unsustainable practice due to shark biology. Since sharks reproduce like mammals, they have specific breeding patterns. The females of some species carry the offspring, which means there is a large temporal gap between generations. Shark finning leads to a depletion of the population that can’t be compensated for by slow shark reproduction. A new study on the genetic analysis of fins in the Honk Kong market revealed that about a third of the fins belonged to threatened species. This proves once more how important research is to conservation. Shark fin soup may be an important cultural symbol for some people, but if we don’t take the steps to get rid of an unsustainable practice, we won’t have sharks to sustain this tradition in the first place. Sharks are also known to bioaccumulate toxins that may pose health risks to consumers of shark products, which brings us to the next reason….

Medicine: Risks that outweighs the benefits.

There is a popular belief that sharks very rarely get cancer because their body is made mostly of cartilage. This belief has lead to the use of shark cartilage as a cancer treatment. The interest in the treatment started growing in 1993 when a study that was never published in a reviewed journal claimed that some patients with advanced cancer had gone into remission after being treated with shark cartilage. Some experiments have shown that cartilage can slow the growth of new blood vessels in laboratory cell cultures, but the effects on humans are not known. A study made on Benefin® shark cartilage concluded that the cartilage did not have any effects on patients with advanced cancer, and some of the patients did not tolerate the shark cartilage due to gastrointestinal toxicity. Another study on shark fins suggests that consumption of shark fins may increase the risk for human exposure to neurotoxins, since toxins tend to accumulate in animals and get magnified up the food chain, where sharks happen to be at the top of. Since there is no concrete research proving the benefit of shark cartilage on cancer or the benefit of eating fins to human health, there is more risk of getting toxins in your body through shark medicine or food, and we should heed existing research to avoid shark-induced sickness.

Fun: Sustainable, but cruel and unnecessary.

“Monster fishing” competitions, are a popular practice in which people fish for sharks and compete to get the largest animal. Species commonly allowed by competition rules are the porbeagle, shortfin mako, blue and thresher sharks. It can be argued that taking large sharks from the ocean is harmful to the breeding populations. However, competitions have a lot of regulations and limits, which arguably makes the practice sustainable. Having said that, competitions (even catch and release competitions) can do damage to shark populations in the long run, without us noticing. A recent study at the University of Miami, reported certain species of sharks are inherently vulnerable to capture stress and mortality resulting from fishing. This means that we might consider sharks that are released as untouched in the population numbers, but we might be overseeing the effect of stress on released sharks, which might be contributing to declines in the population in the long run.

It is also important to note that glorifying the catch of these animals because they’re dangerous and large might encourage people to continue killing them, or even worse, add to the stigma that they are monsters and killing them is “cool”. So even though the competitions are highly regulated, if this practice encourages other people to fish for sharks, they won’t necessarily follow the same rules that make this practice sustainable.

Culls: a perfect example of the direct impact of fear on shark mass killings.

Culls, which are mass killings of a species to reduce or control the size of the populations, have unfortunately been a suggested solution to reduce shark attacks in the past, famously in Hawaii and Australia. Culls have proven not to reduce the risks of shark attacks since migratory species of sharks are not likely to stay in the same area very long. To read more about culls, read the following article on shark attack control strategies.

Recently, commissioner Ronald Beaty of Cape Cod, suggested a cull on great whites, since there has been increased shark activity in the region. Evidence from other regions, such as the studies in Hawaii and Australia, indicates a shark cull won’t do much to remove great whites from the area or keep beachgoers safe. Moreover, there have been no attacks on humans, and beach managers have extensive training tools to keep swimmers safe in the Cape. This is overall a great example of fear driving a policy response, in that Mr. Beaty has no citable evidence of safety behind his proposed measures

Bycatch is defined as the unintentional fishing of a non-target species while fishing for other species. A study showed that through the 1990s, more than 12 million sharks and rays were captured as bycatch. The good news is that bycatch can be reduced if fishermen, researchers, and policymakers collaborate. The fishing industry has reduced bycatch by switching to more selective gear, changing the size of hooks and lengths of lines, all things that have been achieved by understanding where sharks are and what they eat. It is important to understand the role of research in these conservation efforts and encourage fishermen and policymakers to keep improving regulations to eliminate or at least reduce the problem.

Fear: The real enemy in our fight for conservation

Sharks are being killed for many reasons, by accident, for food, medicine and even fun. However, the biggest and most influential threat is our mentality. The fear of sharks stops humans from fighting for them and valuing them, and unfortunately, the pressure to protect animals depends on how much we love or value a species. An example is the Blackfish phenomena, in which killer whale abuse has faced massive outrage from the public, yet we turn a blind eye to massive killings of sharks. It’s time to change the fear, by encouraging children and adults alike to avoid Jaws-based shark judgments. Sharks are not harmless, but they are not bloodthirsty mindless killers. It is never too late to change stigmas by spreading combatting fake news with real facts.