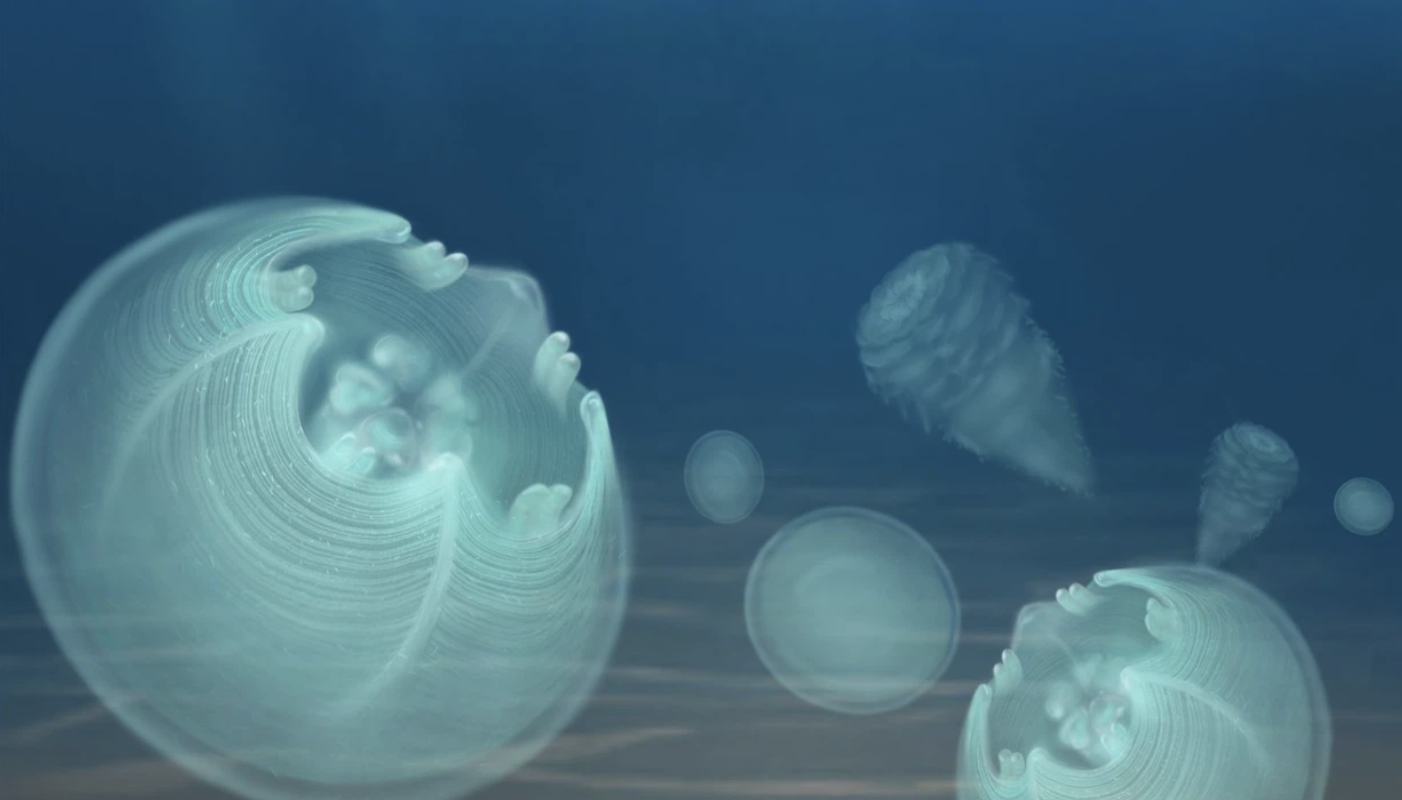 Fossils over 500 million years old may give us insight into the evolutionary origin of animal movement.

Enter the Cambrian Explosion: a period around 500-550 million years ago, during which animal life underwent stunning evolutionary diversification. Most modern major evolutionary groups of animals make their first appearance in the Cambrian fossil record, making Cambrian fossils crucial to understanding how life emerged. Researchers across research institutes in China, France and Japan discovered fossils from the early Cambrian in South China that may address a fundamental question in animal evolution: how did some of the earliest animals move?

Whether through resemblance to animals that exist today or preserved burrows or trails, fossil evidence of early animals suggests that they could move actively through their environment. However, since muscle tissue is not commonly preserved, there is little direct evidence for how a given animal moved. In this work, researchers unearthed three-dimensional fossils of ancient cnidarians, a group of animals represented by animals like jellyfish and sea anemones today. Remarkably, the muscle fibers of these cnidarians remained intact, allowing researchers to study their anatomy in uncommon detail. Dating back to about 535 million years ago, these fossils represent the earliest record of a muscle system not only in cnidarians, but in animals more generally.

Modern jellyfish are efficient swimmers, assisted by their distinct musculature— circular rings found on the underside of the body, connected by a perpendicular lattice of fibers. When those muscles contract, the whole body retracts inwards, like a drawstring bag being pulled closed. This motion forces water outwards, propelling the jellyfish forward. Under high-resolution microscopy, the muscles of ancient cnidarians strongly resembled their descendants’, forming a network of close-knit circular rings. This implies that Cambrian cnidarians moved like modern jellyfish, contracting and relaxing their muscles to create a pulsing motion.

Researchers also observed a notable difference— there isn’t as much “jelly” in ancient jellyfish. Modern jellyfish have a thick layer of gooey, elastic tissue in their bell, the mesoglea. As the muscles contract, their force is countered by the elasticity of the mesoglea, like pulling on a rubber band. Cambrian cnidarians appeared to have much less mesoglea, which means they probably generated much less propulsive force. Unlike modern jellyfish, their pulsing movement wouldn’t be fast enough to escape predators or pursue prey. It can, however, be used to pump water containing plankton and food particles into their mouth, a strategy still used by moon jellyfish today. The researchers speculated that this rhythmic feeding strategy was co-opted to evolve the swimming ability of modern jellyfish.

Cnidarians weren’t the only ones developing new ways of moving in the Cambrian. Other fossils suggest that the ancestors of modern-day worms, crustaceans, and possibly even vertebrates were evolving muscles to support different types of bodies and movements. From the burrowing movement of soft-bodied worms to the delicate lever-like muscles operating a crustacean’s outer shell, muscle systems were becoming increasingly specialized.

These new modes of movement enabled animals to explore and adapt to newer and more expansive environments, diverse movement and diverse forms working in tandem to generate the amazing organismal biodiversity we see today.