Imagine being so small that your whole neighborhood lies in the space between a few grains of sand! This interstitial microcosm is home to a wide variety of organisms with weird body shapes, fascinating feeding types, and crazy adaptations to life at this scale. Some names of microscopic organisms you are probably familiar with include tardigrades, nematodes, kinorhynchs, and amoebas. Micro-organisms range from 5 µm (about the thickness of a strand of spider web silk) to 1mm (about the diameter of the tip of your pencil). These creatures may be tiny in size, but they play no small role in the ecosystem. If we sum up all the ocean’s biomass (i.e. organic material from plants and animals), micro-organisms are thought to account for up to 90%. Collectively, micro-organisms are the base of many food webs and are important for cycling nutrients and controlling food availability across many different marine habitats. To visit this microcosm and see some of its residents in action, check out this youtube channel!

Micro-organisms are found throughout the world’s oceans from sandy beaches to the depths of trenches. Some species are considered cosmopolitan (they have been seen or described on a global scale), while some species are considered endemic (they have only been observed in one location). The distribution of micro-organisms in the ocean have troubled scientists for decades. How could organisms so small be found everywhere, and some hardly anywhere? Two hypotheses from other fields of ecology describe the distribution of organisms. Bacteria and viruses are thought to be distributed everywhere and a species’ survival depends on the local conditions, while larger animals (from snails and worms on up) are thought to have smaller ranges—we just haven’t found all the subtle differences separating species to tell how distinct their ranges are. But, where do micro-organisms fall in this debate?

Azovsky’s wanted to understand if there is evidence of body size affecting micro-organisms distribution or if their distribution is determined solely by the conditions of the physical environment.  To look for these biological patterns, they gathered data from previous studies of 3 sub-size classes within the micro-organisms: 1. small micro-organisms between 5-30 µm (represented by flagellates), 2. medium micro-organisms between 30-350 µm (represented by ciliates), and 3. large-bodied micro-organisms sized between 300 µm – 1mm (represented by harpacticoid copepods). The researchers looked at sightings of species within regions of the world’s oceans, calculated each species’ maximum range and whether that species was unique to one region (endemic) or found in multiple locations (cosmopolitan). Then, they used statistical modeling to see if environmental conditions like sea surface temperature and salinity influenced where any of these species are found.

Body-size says it all

The patterning of micro-organisms across the ocean is mostly dictated by their respective size class. The smallest organisms (flagellates) have the largest species ranges and are considered as globally abundant. The presence of small and medium sized micro-organisms was determined by environmental conditions, which follows the distribution of viruses and bacteria. The largest micro-organisms (harpacticoid copepods) have the smallest species ranges and are considered endemic to only one location. Their distribution was determined by geographic barriers that limit species presence (narrow waterways, large land-masses, strong currents) which follows the patterns of most large-bodied animals. The researchers suspect that the larger the body-size, the weaker the organism’s ability to disperse to new habitats by either actively searching for or passively catching a water current to be carried by.

The research of Azovsky and fellow scientists show that, within micro-organisms, body size is a key factor in a species’ range across oceans. To us, the difference between 1 or 2 strands of hair is so small we would consider it insignificant. But for micro-organisms, this scale is more like the size difference between an anchovy and a blue whale and shows the importance of scale in understanding biology of our oceans. 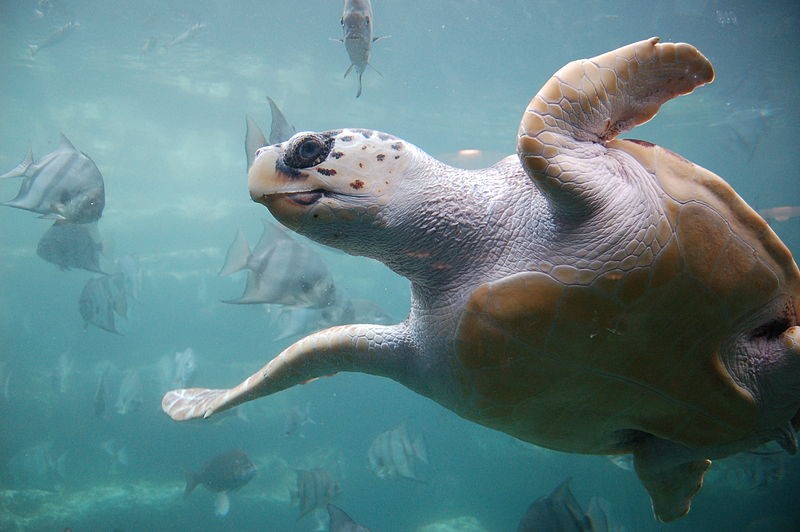