Population declines in large marine fish is not a new story. Conservation and fisheries management strategies often focus on reducing fishing efforts in order to help these populations. But as we learn more about marine ecosystems and the complexity of food webs, we can see that conservation isn’t just protecting one species, it’s protecting the integrity of the food web. Top tier marine predators, like bluefin tuna (Fig. 1), feed on some of the most abundant fish in the ocean. Pelagic fish, like sardines and herring, not only make up a large percentage of bluefin diet, but they also account for 30% of global fish landings! To say these small, oceanic fish are important is an understatement. Due to their position in the food web and their abundance they can have a big impact on species lower in the food chain and higher in the food chain. If these species become over-exploited, it could have major impacts on entire ecosystems.

Bluefin tuna (Thunnus thynnus) are a highly migratory species that basically cover ground over the entire Atlantic Ocean. As such, bluefin tuna are a commercially important species in many countries. Tuna meat is some of the most sought-after, and thus expensive, meat in the world (Fig. 2). For tuna, covering such large distances requires a lot of energy. To meet their metabolic needs, tuna will feed on lipid-rich fish that are high in energy like herring, sardines, and anchovy. These fish, however, have a history of being exploited by humans. In the western Atlantic during the 1970s, herring (Clupea harengus, Fig. 3) stocks became severely depleted due to harvesting pressure and environmental variability. But since then, herring have rebounded and populations hit an all-time high in the 1990s. Since Atlantic herring is a primary prey species for bluefin tuna, it was assumed that a higher abundance of prey would be favorable for tuna, providing them with more energy and potentially increasing health and reproduction. Surprisingly, this hasn’t happened. In what researchers are calling the “paradox of the pelagic,” bluefin tuna body condition, or health, continues to decline even in the presence of increased prey abundance. To try and understand why, researchers in the northeast began digging through 30 years of fish data.

Researchers from several institutions working in the Gulf of Maine teamed up to go through 3 decades worth of fishing records. Data on bluefin tuna came from the National Marine Fisheries Service (NMFS) from 1980 to 2009. This period was chosen because it included Atlantic herring’s return to abundance. Tuna weight and length were taken from the data sets and only summer month catches were analyzed as the summer is the most important feeding season for tuna. Potential biases, such as major outliers and various catching methods were removed from the data set. Using data from the Maine Department of Marine Resources, weight and lengths of Atlantic herring were collected over the same time period (1980-2009).

Researchers were able to then compare the bluefin tuna weight anomalies (or the deviation from the norm) to the herring stock biomass (Fig. 4) as well as the herring weight anomalies (Fig. 5). For both of these comparisons there was correlation, but the researchers felt the correlation wasn’t strong enough and didn’t fully explain the trends. Over this time period, the weight of individual herring declined but the overall herring increased by about 500%. However, this biomass increase didn’t benefit the tuna, who also declined in weight. So researchers began modeling an optimal foraging theory for tuna. The optimal foraging theory suggests that predators will always consume the most profitable food, so tuna should always go after the biggest herring. These herring are the ones that contain the most fats and lipids and ultimately provide the most energy. By putting together a mathematical model and catch data, researchers were able to calculate tuna “diet profitability.” By then comparing bluefin tuna weight anomalies with diet profitability researchers found a stronger correlation between tuna weight anomalies and the profitability, or energetic quality, of their herring prey (Fig. 6).

This study shows that bluefin tuna condition has been declining in the Gulf of Maine even when prey abundance is high. This has become known as the “paradox of the pelagic.” Tuna conditions are not tied to the amount of food, but rather the quality of the food. Despite herring abundance, the herring available were smaller than normal, which means they provide less energy for the tuna. Based on the foraging needs and foraging strategy of bluefin tuna, higher prey numbers don’t yield more energy. The energetic cost of capturing one fish doesn’t change based on the size of the fish; a small fish takes as much energy to catch as a big one. With smaller herring dominating the Gulf of Maine, tuna spend the amount of energy they would catching bigger herring but are getting less bang for their buck.

Both the tuna and herring fisheries are important in the northwest Atlantic and managing one species isn’t going to be enough. This study has shown how correlated the health of one species can be to another’s and that we can’t assume success for one species leads to the success of others. Management has to be smart and has to be broadly aimed.

How would you manage these species or this ecosystem? 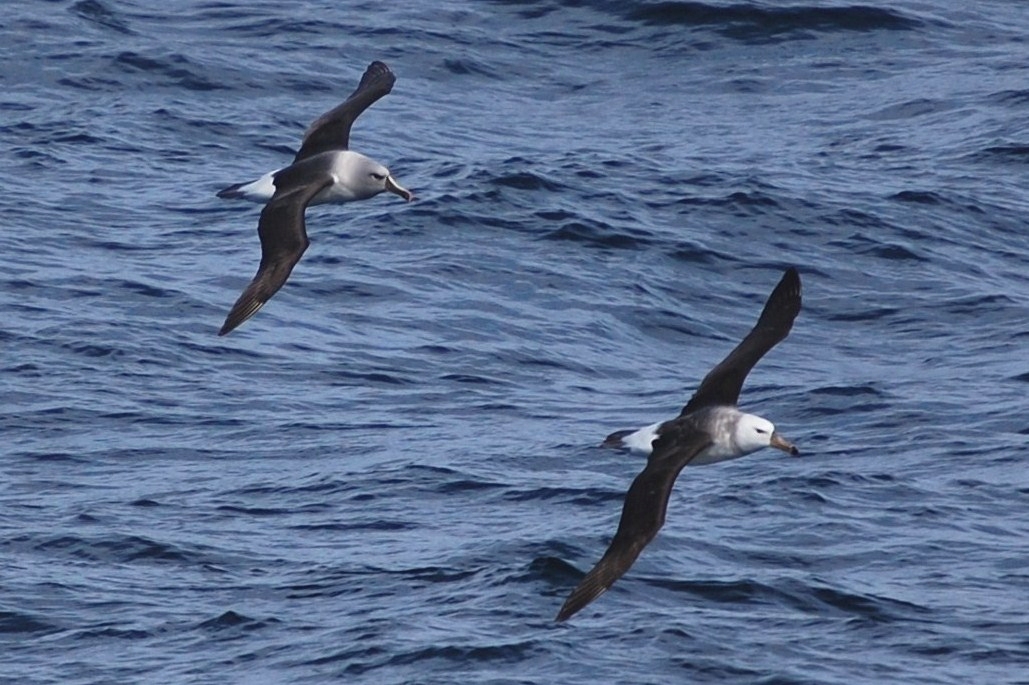