Imagine yourself floating in a metal cage off the side of a boat. You are waiting to see something rare, exciting, and in all reality dangerous if proper precautions are not used. Then you see it, a dark gray dorsal fin breaking the surface of the water. One of the ocean’s apex predators, a great white shark’s curiosity has been piqued due to the smell of fish meat in the water, and you are able to see one of these magnificent creatures in its natural habitat. This experience can be obtained through an ecotourism activity known as cage diving. Now spotting a shark in the ocean is a pretty rare occurrence, so how do these ecotourism cage dive operators make sure that some of their clients get to experience the thrilling, heart pounding event of being face to face with one of the world’s most well known predators of the sea? Well, the answer is actually pretty simple. You have this as a seasonal event where there are known migrations when the sharks are more frequently seen, and you bait the water. After all, everyone loves free food.

Is there really such a thing as a free meal?

There is a catch though: a lot of animals start to associate humans with food when they continuously get fed. So, the scientists in this study wanted to investigate if the white sharks (Carcharodon carcharias) from Guadalupe Island, Mexico were attracted to certain types of bait and if the sharks were being inadvertently trained to come near boats due to the presence of food. If this conditioning of the sharks were occurring, this would be a problem for both people and the sharks. The sharks would become reliant on people for food instead of hunting for their food as they naturally did, and the people could be put in harm’s way if these predators started coming closer to humans who could be mistaken for prey items.

The types of bait used to attract white sharks were frozen bait, frozen bait and natural chum, fresh fish bait, and mackerel bags. All of the baits are about the same nutritionally, but the chum contains blood, bones, and residual fish parts (which is probably close to what fresh fish would smell like to a shark cruising around the area). What they found was interesting, the number of sightings of the sharks did not vary between the types of bait, but the observed behavior patterns did. The fresh bait and the added chum resulted in more aggressive displays from the sharks present. These potentially violent and aggressive behaviors were not observed with the frozen bait. This means that the use of frozen bait could be used as a way to reduce potential dangers for the tourists in the cages and the sharks who could be injured during the cage dive experience. I know, it sounds hard to believe that a great white shark could be harmed during one of these cage dives. However, in 2019 a great white shark died when it sustained injuries from getting stuck inside of one these cages. These sorts of events damage the conservation of these important predators of the sea and sustain the fear surrounding these animals. Thus, the protection of humans and sharks is incredibly important for these ecotourism sites to be effective for conservation messages. If using frozen bait is a way to ensure the safety of everyone involved in this activity, it may be best to switch from chumming the water.

Want to grab a bite?

So the scientists noticed a change in behavior with the type of bait used, but what about the conditioning effect? Did the sharks appear to associate the boats with food and start visiting them more frequently? Were the white shark inadvertently being trained to come closer to boats? No. No, they were not.

The scientist found that their sharks did not typically associate with the boats. Now this is not the case everywhere. Conditioning was seen in studies after six months in more permanent settings. This means that if the population of sharks are local, and not seasonal like in this case, the chances of conditioning is more likely. Not only that but experiments in captivity have also shown that sharks can retain this conditioning behavior for up to 10 weeks. That is over two months of memory capacity. This is really interesting, and the scientists note that more research needs to be done to ensure the safety of these animals during ecotourism events. One example being if juvenile sharks would associate with the boats more quickly than the adults. While it seems that the ecotourism strategy used here is effective at preserving the safety of sharks and humans. It is important to always remain vigilant and be open to changing practices to ensure the safety of everyone. 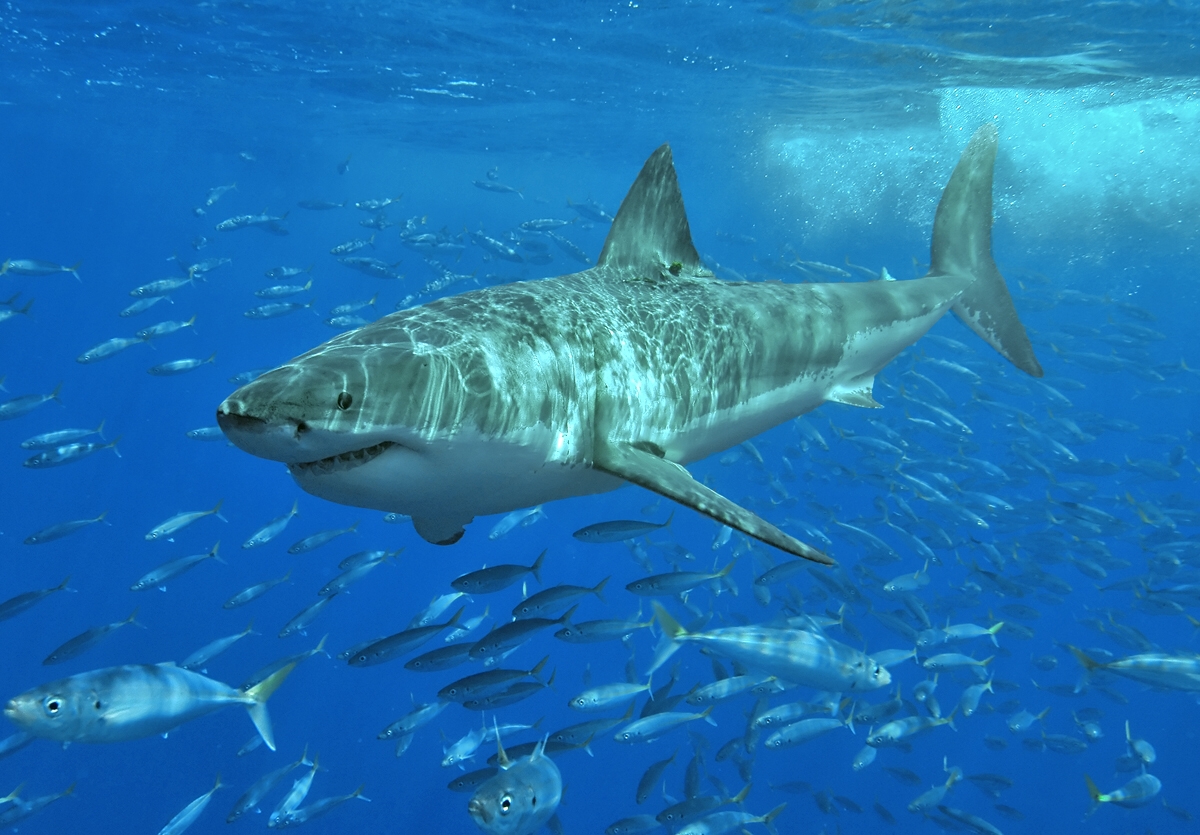