Phytoplankton are the microscopic organisms at the base of the marine food web. As their name suggests, they need light to produce energy. They also need nutrients, such as nitrogen and phosphorous, to grow. Since sunlight is generally plentiful in the upper ocean, scientists refer to phytoplankton as nutrient limited organisms. So in any given area of the ocean, the presence or absence of a particular nutrient regulates the growth of plankton.

At an individual level, a phytoplankter gets its nutrients via diffusion — the process by which molecules move from an area of high to low concentration. Imagine an idealized spherical plankton sitting in a nutrient rich area. Over time, the organism will deplete the nutrient in the area immediately surrounding it. Once the system reaches a steady state, the rate at which nutrients reach the organism is regulated by diffusion.

Life in the real ocean, however, does not fit nicely into the simple diffusive model of nutrient uptake. In fact, many studies have observed plankton growth rates far exceeding those predicted under this regime. For decades, scientists have hypothesized mechanisms that might explain how the micro-biota of our world circumvent the physical limitations imposed by diffusion. One popular theory suggests that some plankton might swim to escape the nutrient depleted region around their bodies. But demonstrating experimentally that plankton do this is a challenge.

Drs. Houshuo Jiang and Matthew Johnson of the Woods Hole Oceanographic Institution were able to do just that. They used a creative combination of high-speed imaging and computational fluid models to examine the swimming behavior of a ciliate called Mesodinium rubrum (fig. 1). These cosmopolitan phytoplankton can be found all over the world. In fact, Jiang and Johnson used samples from both Antarctica and the Chesapeake Bay in their experiments.

The team cultured both kinds of M. rubrum in the lab. Samples of the organism were then placed under a microscope fitted with a 2000 frame-per-second video camera. Besides being mesmerizing, the videos are also quantitative; the high frame rate allowed the researchers to compute accurate estimates of an individual’s swim speed and distance traveled (fig. 2).

Jiang and Johnson observed two distinct behaviors in both the Antarctic and temperate strains of M. rubrum. Each type had a short distance swim motion; dubbed 1-beat short jumps and tumbles respectively. Both strains displayed similar multiple-beat long jumps. In all cases, a “beat” refers to a single cycle of the organism’s cilia, or arms. The videos revealed that the peak jump speed for each behavior was quite close. The major difference was the distance the organism covered.

The team used their experimentally derived speeds and distances to simulate how these jumps affect nutrient uptake. The physics based model started with a stationary cell in a nutrient depleted area. The cell is then allowed to move, constrained by the measured values for speed and distance. Jiang and Johnson repeated this process for each of the observed jumps.

Using the model results, the researchers demonstrated that M. rubrum can escape to more nutrient rich waters using a multiple-beat long jump. The shorter jumps do not get the organism to fresh water, suggesting a different behavioral stimulus (fig. 3). While the long jump takes longer, both motions take less than a second. Jiang and Johnson point out that it takes a couple of seconds for the organism to deplete nutrients in new water. They argue that means that frequent long jumps substantially enhance the ciliates’ ability to take up nutrients.

M. rubrum is just one of many types of marine phytoplankton. But, the species is remarkably successful in a variety of environments. Jiang and Johnson believe that mechanistic experiments on other organisms can start to illuminate why certain phytoplankton thrive in a given environment. Such studies are not purely academic; the behavior of these organisms has real world, ecological consequences. The more we understand about how they function, the better we can understand how aquatic ecosystems function as a whole. 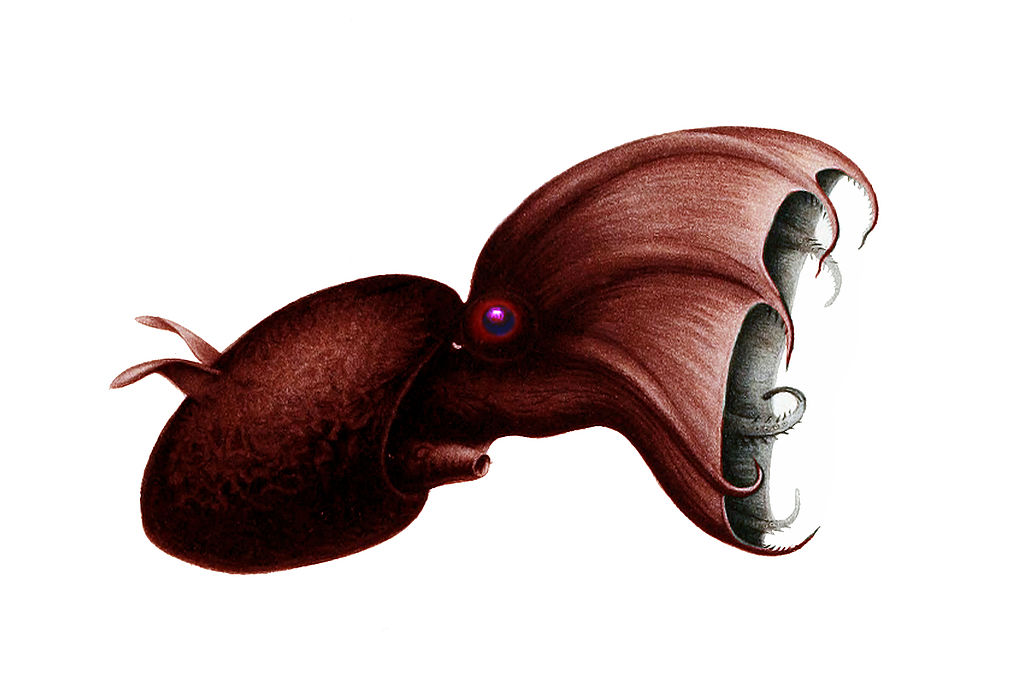