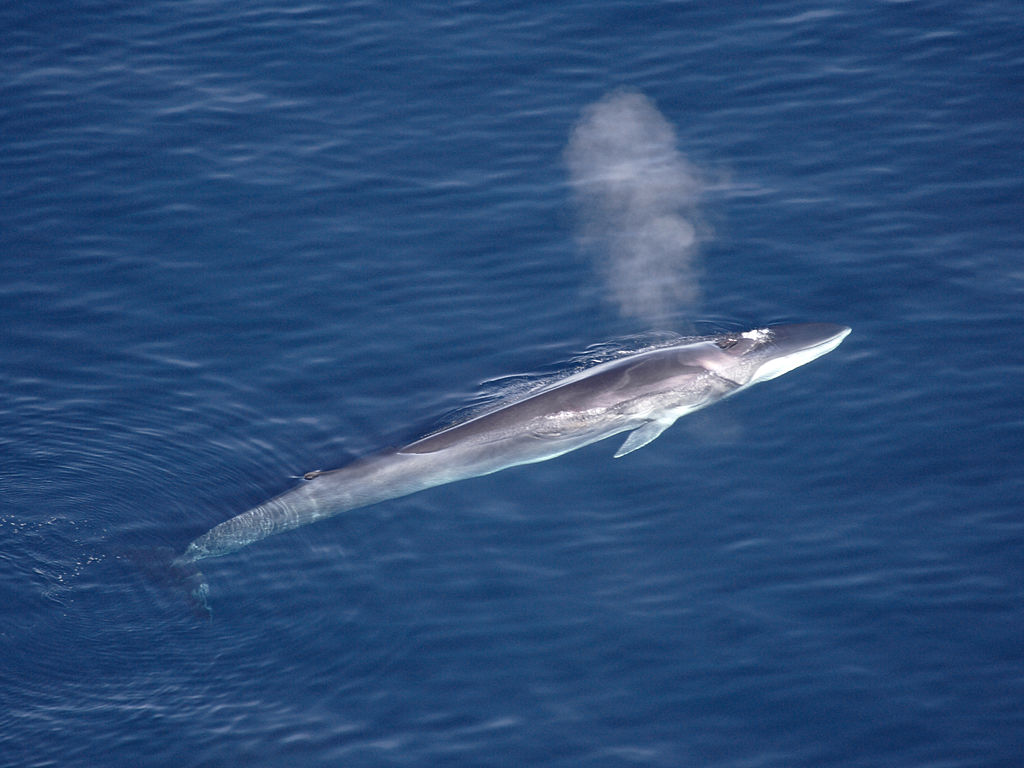 Lucky for baleen whales, like blue whales, fin whales, and humpback whales, they don’t just drown from the thousands of gallons of water that they ingest with every gulp they take when they eat. While this seems like an obvious prerequisite for survival, scientists did not know how baleen whales managed to block water from entering their lungs. That was until January 2022 when a group of international scientists discovered a new body part that helps baleen whales block water when they eat. It turns out that like humans, baleen whales have special body parts to prevent water from going down the wrong pipe.

Baleen whales have a big appetite. They feed by gulping thousands of gallons of water and filtering it with their baleen, a brittle-like structure made of keratin that filters water and traps food inside their mouth. In some cases, the amount of water and food can be larger than their own body. Recent studies suggest that blue whales, the largest of the baleen whales, eat about 16 tonnes of krill a day.

Exactly how whales eat remains a mystery. Since baleen whales are the largest animals to ever exist on the planet, it is impossible to keep them in captivity and study their eating behaviors. Instead, scientists rely on dissecting stranded whales where they have little time to examine each individual before the high tide prevents them from continuing their work. With little time to study each individual, it is nearly impossible to dissect a whale and carefully analyze its mouths.

To better understand how baleen whales eat, scientists at the University of British Columbia took a deep dive into the remains of fin whales, a type of baleen whale, that were caught at a commercial whaling station in Iceland. The parts of the whales that were not used for food, were dissected by scientists to gain a better understanding of whale anatomy. In total, scientists examined five fin whales in great detail.

Their dissections suggest that fin whales have a unique fleshy tissue in their mouths called an oral plug, which moves back and forth to stop water from entering their lungs. While baleen whales lunge to get food, this oral plug blocks the airways from their lungs and, at the same time, allows food to enter the esophagus. In contrast, when fin whales are not eating the oral plugs rest on the animals’ esophagus and allow oxygen to flow to the lungs. This newly discovered tissue has never been seen in any other animal, and scientists suspect that all baleen whales share this anatomical feature.

Besides this newly discovered tissue, there are many remaining mysteries regarding the mouth of baleen whales. With this new information, scientists can study whether baleen whales can hiccup, cough, burp, and study the paradox of their esophagus which, despite their tiny size, transports thousands of kilograms of food. These dissections will help to better understand the adaptations and evolution of these unique mammals.