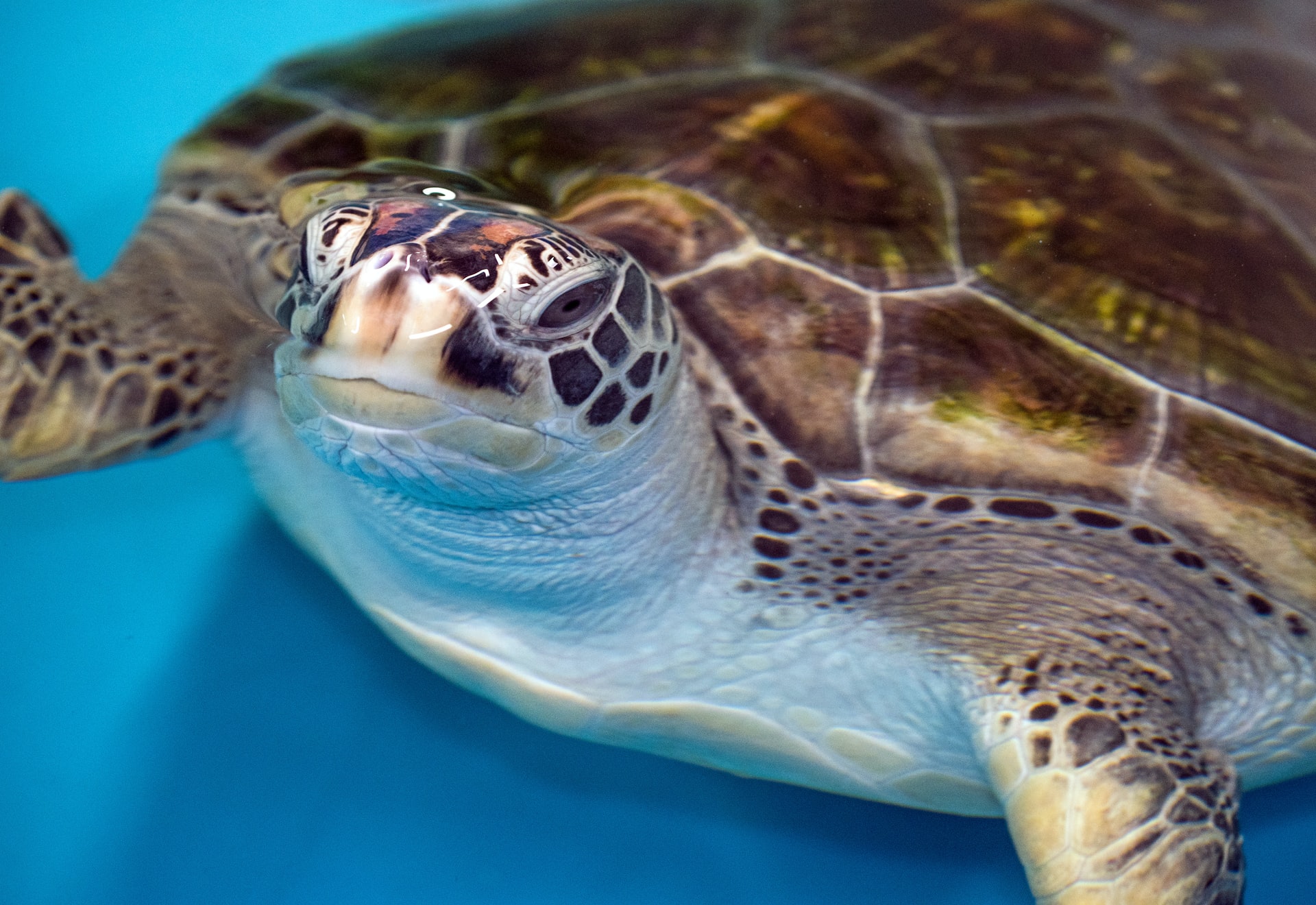 How to find turtles in the ocean? Herpetologists – scientists who study these reptiles – often face a dilemma. On the one hand, they need to study turtles’ habits and habitats by analyzing their location. On the other hand, traditional ways of tracking turtles, like catching them and attaching satellite transmitters, are difficult, expensive, and possibly unpleasant for the turtles. Is there another way?

Forensic experts can identify if a person has been in the room by analyzing the DNA of hairs left behind on the floor or from saliva on a mug rim. Marine scientists have now applied this idea to tracing animals in the water.

A team of scientists at Southwest Fisheries Science Center in La Jolla, California, developed a way of tracking green sea turtles by their eDNA – environmental DNA, or bits of cell genetic code that are released from skin or excretions to float, suspended in ocean waters. The researchers looked for turtle eDNA in San Diego Bay, where green sea turtles are sometimes sighted.

This eDNA-based tracking method is often used for finding other aquatic creatures like fish and frogs. Living animals release eDNA into the water by excreting bodily fluids and shedding skin; dead animals by decomposing. But turtles have shells and scales rather than slime, and they don’t shed their eDNA-containing tissues as readily, so the researchers were worried that they wouldn’t be able to find the turtles’ trails in the water.

The research team took water samples from San Diego Bay to see if there was any green sea turtle eDNA in the water. To make sure that their method worked, they sampled bay water where a live and a dead turtle had been found, and also from tanks holding green sea turtles, which would  be full of turtle genetic material. If the researchers wound up only detecting turtle DNA in the tank water but not in San Diego Bay water, it would mean that their method worked but wasn’t fit for finding turtles in the wild.

Because there is lots of genetic material in the bay water, including that from other animals, the researchers started off by isolating all the DNA in their water samples. They then picked out the DNA that could have belonged to green sea turtles, using molecules called primers.

Primers are tiny, lab-made molecules that stick to a small, specific region of the genetic code of any animal, marking the start and end of the DNA region of interest. Other molecules then find the labeled part of the DNA and copy it many times over, until there are so many copies that they “drown out” all other DNA and scientists can be sure that most of the genetic material in the sample is the DNA that they are interested in.

In this study, the scientists used the primers that are well-known to stick only to a specific part of the DNA of the green sea turtle. This DNA region is very different from other animals and only overlaps with some other turtle species that do not live in San Diego Bay. The researchers then isolated all the copied DNA bits and studied them closely to see if they were actually eDNA, aligning with the green sea turtle genetic code.

As could be predicted, the researchers found plenty of turtle DNA in the tank water samples. This meant that the primer-based method of finding turtle DNA in the water was sound. But did it work in the actual ecosystem of San Diego Bay?

Triumphantly, the researchers discovered that there was turtle eDNA floating around in bay water, especially in the samples collected eight feet deep. They also found bits of the turtle genetic code in the water within three feet of the dead green sea turtle.

But perhaps most importantly, the researchers were able to detect turtle eDNA in the water where, two and a half hours prior to taking samples, they had caught a live green sea turtle. This successful find means that turtle eDNA does not disperse immediately in the water and can serve as a breadcrumb trail that researchers can follow to find turtles in their natural habitats.

The next time you are at a beach, ladle up some water and look into it. It will (ideally!) appear clear, but it will hold plenty of tiny genetic code molecules left by lots of different animals – perhaps a turtle! The primer-based eDNA method can help pinpoint those animals and tell scientists how often they come to this beach.